Prince Narula and Yuvika Chaudhary are getting married at the end of this year, 2018. Yes, you read that correctly and know more about it here. Earlier, the lovebirds took to their Instagram profiles and shared the news of their engagement with their fans. And now, we’ve another twist when it comes to Prince and Yuvika’s wedding. If reports are to be believed, the popular TV actress Kishwer Merchant is upset with the two.

It’s quite evident when we see her reply to Prince’s post of announcing his engagement. Prince announced his engagement to Yuvika through a picture post and captioned it, “Thanku baby thanku so much still can't sink in me that u said yes to me n u r my mine forever nw lovers for life #engaged and yes one one thing mehndi laga k rakhna doli saja k rakhna lene tujhe a gori aye ga Tera prince”. And weirdly, Kishwer’s reply was, “wow! chalo insta se to pata chala…thank you bhaiya!” With her comment, it seems that Kishwer was unaware of Prince and Yuvika’s engagement and wedding news. Also, after her reply, thousands of fans started commenting things like, ‘”Bhai Bhai Na Raha!” For those of you do not know, Prince considers Kishwer his sister and vice-versa. In fact, they self-proclaimed about it when they made their appearance together on Bigg Boss 9. Prince is such a doting brother that on Kishwer’s wedding, he gifted her the bridal lehenga. 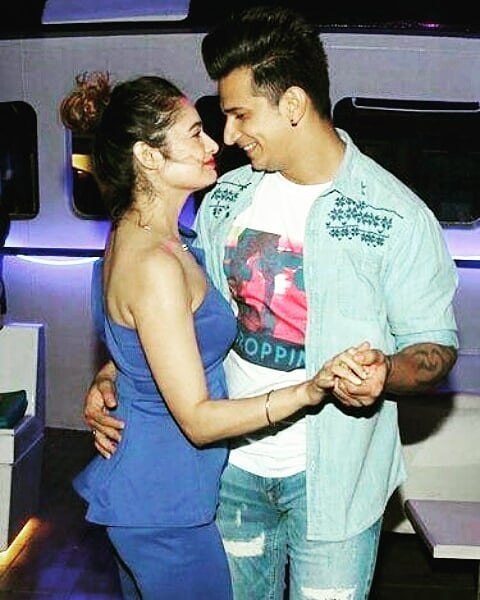 Now, coming back to Prince and Yuvika, in an interview with SpotboyE, Yuvika spilt beans about her wedding plans. She said, “End of this year, we will tie the knot.” Adding further about the plans, she revealed, “No plans made yet. Right now, I am just enjoying all the good wishes coming my way. Since morning, I  have seen my engagement ring 100 times and still not able to believe that I have said ‘yes’. So many things going into my mind that ‘Beta ab teri shaadi ho jaayegi’. I am actually enjoying this phase and totally in zone of love and excitement. Let me get normal to decicde the date and other details. It will be a grand wedding. Prince jo one sided pyaar itne zor shor se karta hai, toh imagine how much will he put in for his wedding.” 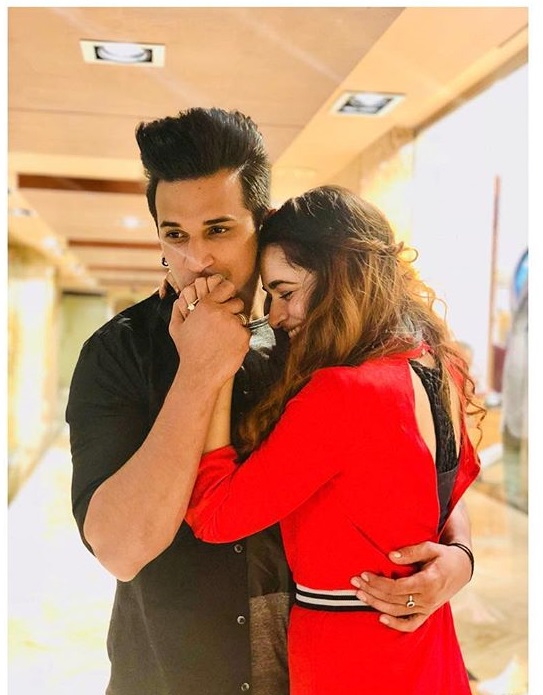 What kind of wedding does Yuvika want? To this, she said, “See, I want both the families to sit together, discuss everything and decide. There are lot more meetings yet to happen.” Talking about Prince and destiny’s role in finally getting her true love, she confessed, “I really want to tell you this. I never ever wanted to do Bigg Boss. I always felt that it's not my kind of show. But then now I realise it was planned by God for me. I went there and met Prince. Destiny! Marriages are really made in heaven! Thank you, God.”

Revealing more about how they exchanged the rings, Yuvika said, “Last night, we went for dinner in Taj Colaba.A big surprise lay in store for me. I wasn’t  prepared mentally for this before going there.I was decked up in my casual clothes for dinner. Our families had accompanied us. We exchanged rings there itself. Suddenly, Prince said; ‘Pehanlo nahi to uthakar le jaaunga tereko, ab tu mana nahi kar sakti’ (laughs). So bas we got engaged and happiness was there on his face and on mine too.” And finally, what all qualities of Prince impressed her? She replied, “He stood by me in my worst situations. Don't know but I got that feeling from inside that he is the man. Actually, I am unable to express that feeling with you. I too also had feelings for him. But now I realised that I should not take any more time because it’s high time now. He deserves me. And it will be bad if I take more time. He has actually given his totally best. So I thought he deserves complete love from me. I want to show him now that he is everything for me.”

That’s so sweet of Yuvika. Like all their fans, we are also super-excited about their wedding.