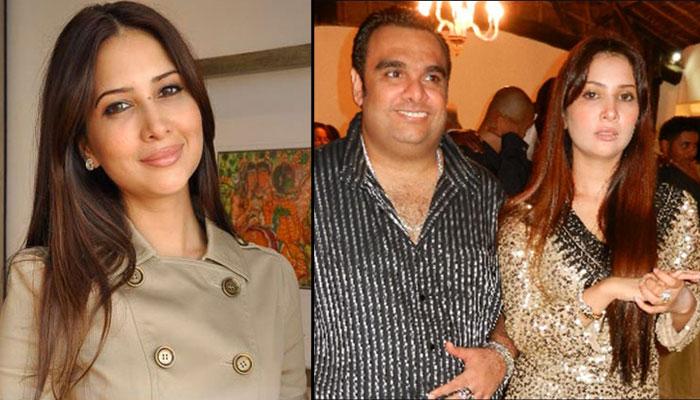 The cute, dimpled girl who stole our hearts with her stellar performance in Mohabbatein was recently in news for her alleged relationship with designer Arjun Khanna, and her marriage with Kenya-based businessman, Ali Punjani hitting a roadblock.

While this happened a few months ago, there were no updates about the actress or the status of her marriage. But the recent information from some sources has left no room for doubt. According to reports, Kim Sharma’s marriage is over as her husband; Ali Punjani, has apparently left her for another woman.

Recommended Read: 8 Famous Television Celebrities Who Chose To Marry Outside The Industry

Reportedly, Ali, who was once a plump-looking man has shed all the kilos and is in love with another woman.

“Ali left Kim as he got attracted to another woman. The irony is that when Ali met Kim, he was plump and not great-looking but now because he is in love, he has lost weight and looking great. But Kim is left with no money or financial security.”

Checkout: Anita Hassanandani Was Missing Her Husband And So This Is How She Is Letting Him Know

According to the same source, Kim is not down and out. The lady is facing this situation bravely and is eager to start a business in Mumbai. Talking about it, the source further added:

“Right now, she is looking to establish her business in Mumbai to provide for herself financially. She is now a brand strategist and goes by the name Kimi Sharma (her real name). Kimi didn’t just leave their home in Kenya behind, but her job as the CEO of Punjani’s chain of hotels as well.”

Not much is known about Kim and Ali’s relationship, but it is believed that Kim met Ali when she was on a Safari trip in Kenya. Just a week of knowing each other and Kim and Ali decided to tie the knot. During that time, Ali was awaiting a divorce from his first wife. This is Ali’s second marriage and he has three kids from his previous wedding.

You may like: Most Surprising Bollywood Celebrity Marriages Of All Time

Once in an interview, Kim opened up about her sudden marriage to Ali saying:

“Marriage for me as well as my husband is a very private affair. After dating each other for a few months, Ali and I wanted to spend our lives together. It was all so sudden, the next thing I knew I was married to the man I wanted to spend the rest of my life with. It was almost straight out of a fairy tale.”

Before tying the knot with Ali, Kim Sharma was in a relationship with Indian cricketer Yuvraj Singh for a few years before they went their separate ways. After her breakup from Yuvraj, Kim was dating a Spanish musician named Carlos.

If the news of Kim’s husband Ali leaving her for another woman is true, we can’t even imagine what the actress must be going through right now. We hope she gets the strength to sail through this. For more updates on what your celebs are upto, stay with us.

Next Read: 5 Strong Bollywood Wives Who Gave A Second Chance To Their Husbands