Bollywood actress, Kim Sharma shared pictures with her boyfriend, Leander Paes from their visit to the Golden Temple. Actress attached a mushy note in the caption. Check it out!

Former actress, Kim Sharma and the ace tennis player, Leander Paes' dating rumours were in the news for a very long time. It had all started after some of their social media posts in which they had stood close to each other had gone viral on the internet. Now, the couple is growing strong together and are making public appearances every now and then holding each other's hand in public.

For the unversed, a couple of months ago, Kim Sharma and Leander Paes had gone for a relaxing vacation to Goa. Since then, the duo had made several public appearances together. One of their pictures had gone viral where they both were seen enjoying lunch at a cafe. Since then, we have been drooling over Kim and Leander's mushy pictures and romantic PDAs.

Bigg Boss 15: Tejasswi Prakash Tells Karan Kundrra He Is Her Crush, Actor Explains Why It's Not True

Zeeshan Khan Confirms Relationship With His Once Onscreen Mother, Reyhna Pandit With A Bold Picture 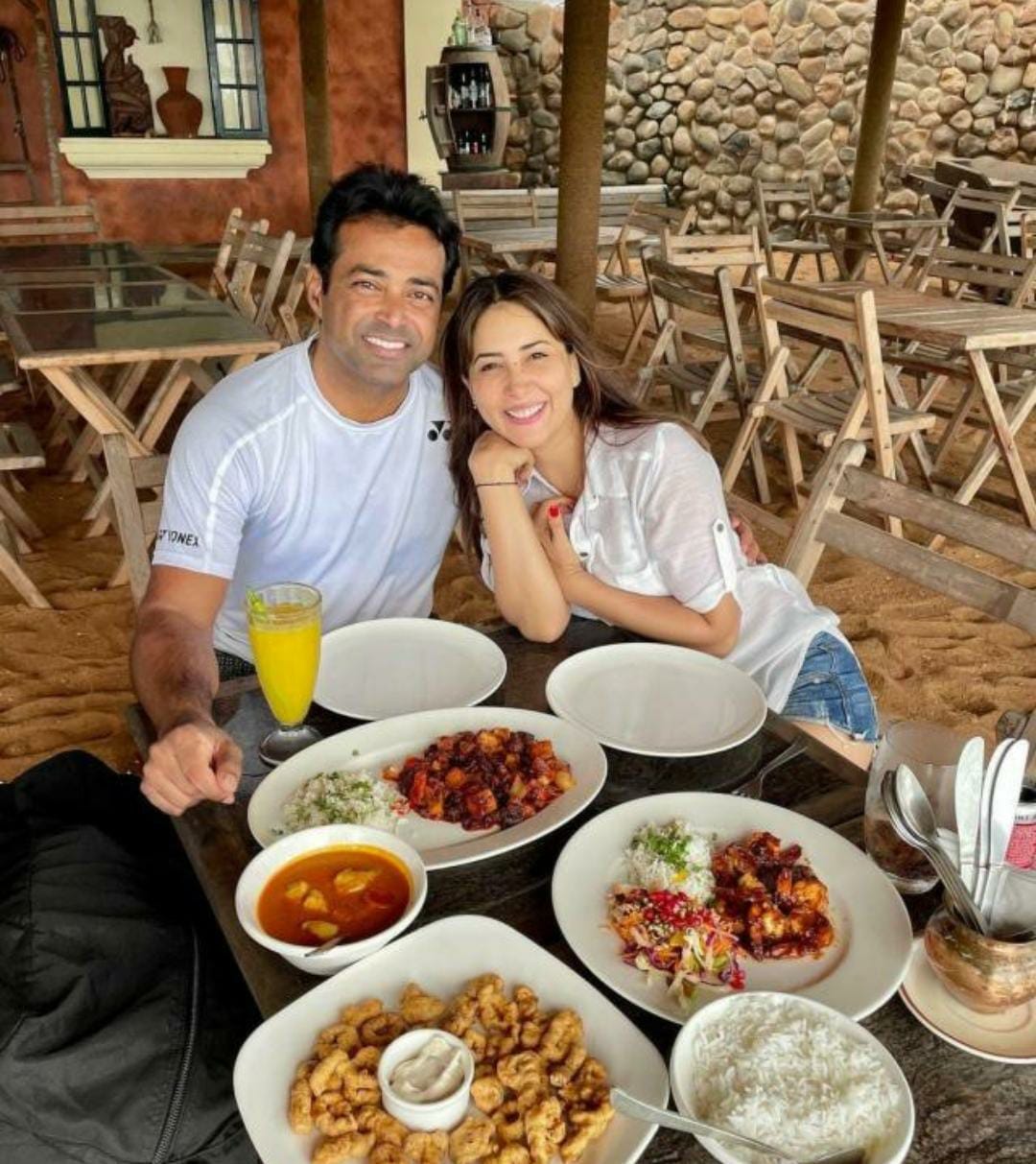 On December 11, 2021, Kim Sharma took to her Instagram handle and shared a set of some lovely pictures with her boyfriend, Leander Peas, from their visit to Golden Temple in Amritsar. The couple looked lovely together, while on one side, Kim looked gorgeous in a white suit and a brown shawl. On the other side, Leander donned a mustard-coloured kurta, white salwar, and a brown jacket. Along with the priceless pictures, Kim shared a heartmelting note in the caption in which she mentioned that she felt 'blessed' to be able to visit the Golden Temple. Her caption can be read as:

"I haven't felt the same anywhere else yet. Blessed always to go back to the Golden Temple. Wahe guru." 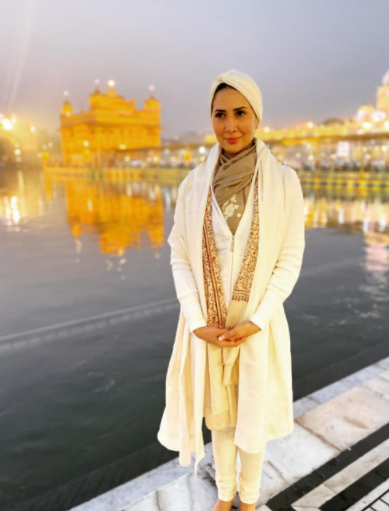 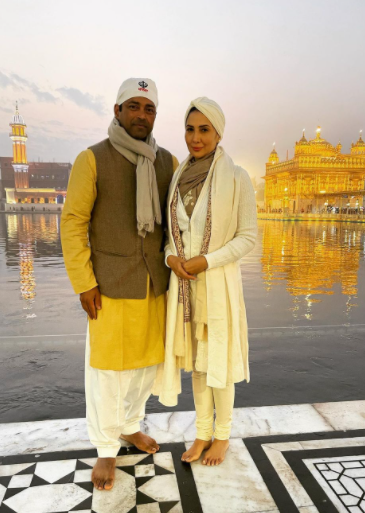 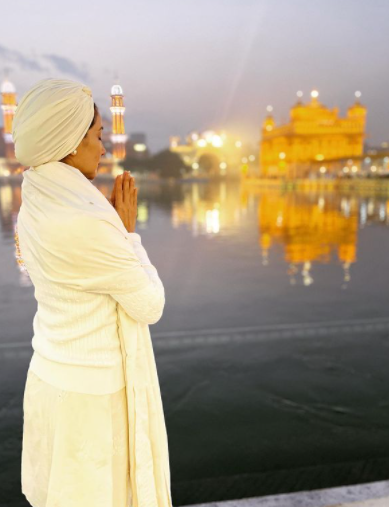 On the other hand, Kim Sharma's doting boyfriend, Leander Paes, also shared some pictures on his IG handle and penned his excitement and joy on visiting the Golden Temple in Amritsar. His caption can be read as "Blessed to be at the golden temple in Amritsar." The lovely couple never shies away from expressing their immense love for each other in public. Kim and Leander often share glimpses of their mushy romance and videos from their trips to different locations on their respective social media handles. Most of their social media posts are proof of how much the two love each other, and they both definitely make a cute couple together. 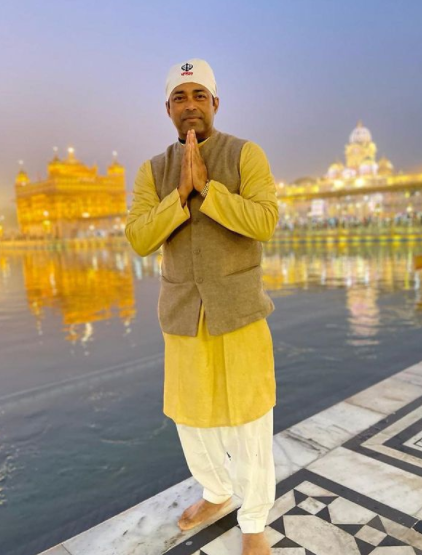 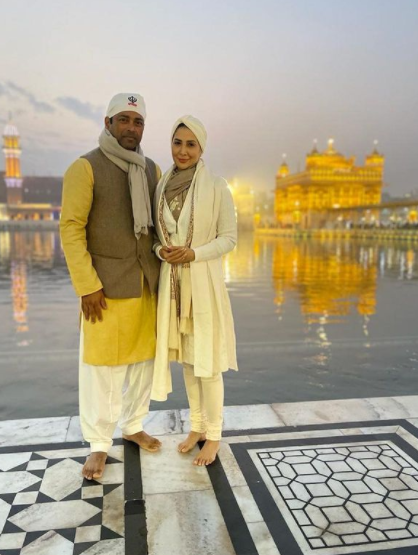 On the occasion of Diwali 2021, Kim Sharma had taken to her IG handle to wish her fans. The couple had sent their Diwali wishes to fans, dressed in their traditional outfits. While Leander Paes was wearing a white kurta and pyjama, Kim could be seen in a vibrant orange lehenga-choli with a ruffled dupatta. The picture had also featured their dog. Sharing the picture on her handle, Kim had written:

"Happy Diwali from us to you. I hope you're happy healthy always. Love and light." 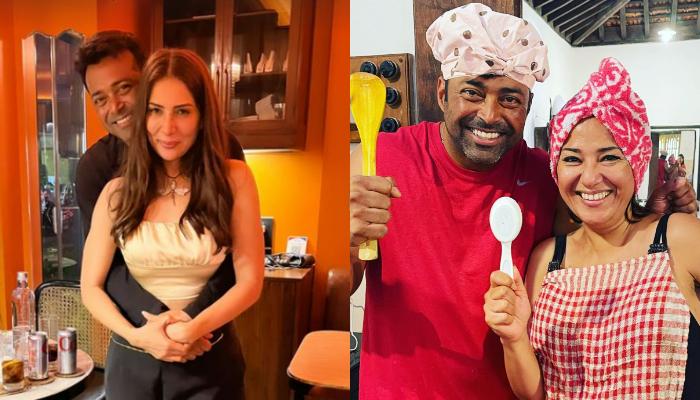 Mohabbatein star, Kim Sharma may have been missing from the big screens, but she never fails to hit the headlines for her personal life. Kim is currently dating former tennis player, Leander Paes and is in a happy place. For the unversed, previously, Kim was in a relationship with Harshvardhan