South Indian star, Yash shared a few romantic pictures with his loving wife, Radhika Pandit, on his Instagram handle, and it's too adorable. Check it out!

South Indian star, Naveen Kumar Gowda a.k.a. Yash rose to fame with his stellar looks, amazing acting chops and great personality. He has become a huge name and a pan-Indian actor after his performance in the massively acclaimed films, K.G.F and K.G.F Chapter 2. However, in his personal life, the actor is quite content with his wife, Radhika Pandit, who was a Kannada television actress by profession and their children, Ayra and Yatharv.

For the unversed, Yash had tied the nuptial knot with his ladylove, Radhika on December 9, 2016. They had met for the first time on the sets of her television serial Nandagokula in 2007. And soon after, they had started dating. Yash and Radhika's social media platforms are filled with pictures with each other.

K.G.F Star, Yash's Daughter, Arya Does The Role Reversal And Feeds Food To Her Daddy Amidst Lockdown 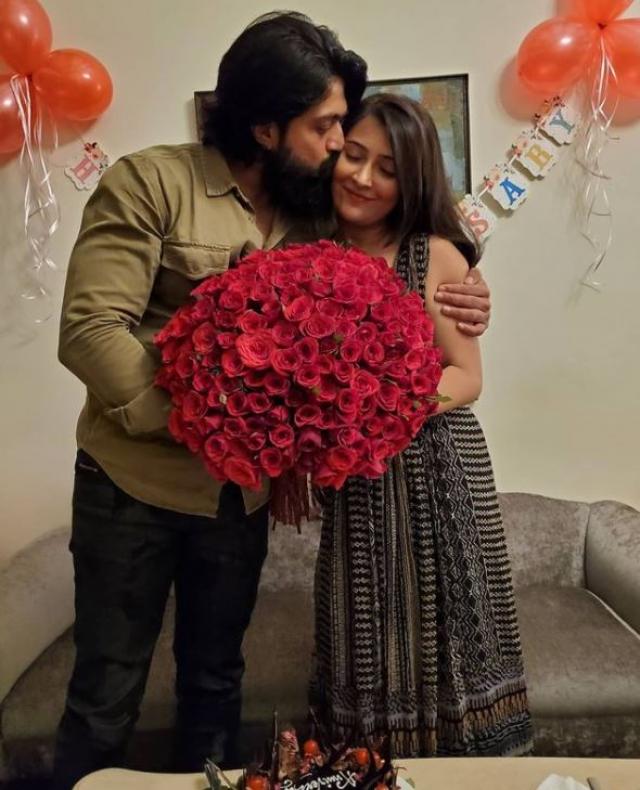 A few moments back, Yash took to his Instagram handle and shared a series of pictures with his wife, Radhika Pandit. After the huge success of K.G.F Chapter 2, it seems the actor has taken some time off to be with his beautiful wife, Radhika. In the pictures, the couple looked stunning as they twinned in peach-coloured beachy ensembles and paired them with sunnies. The duo looked lost in each other's eyes in the photos. However, the one picture that took our hearts away is the one wherein Yash can be seen giving a passionate kiss on her cheeks. Sharing them, Yash penned a beautiful caption which can be read as: 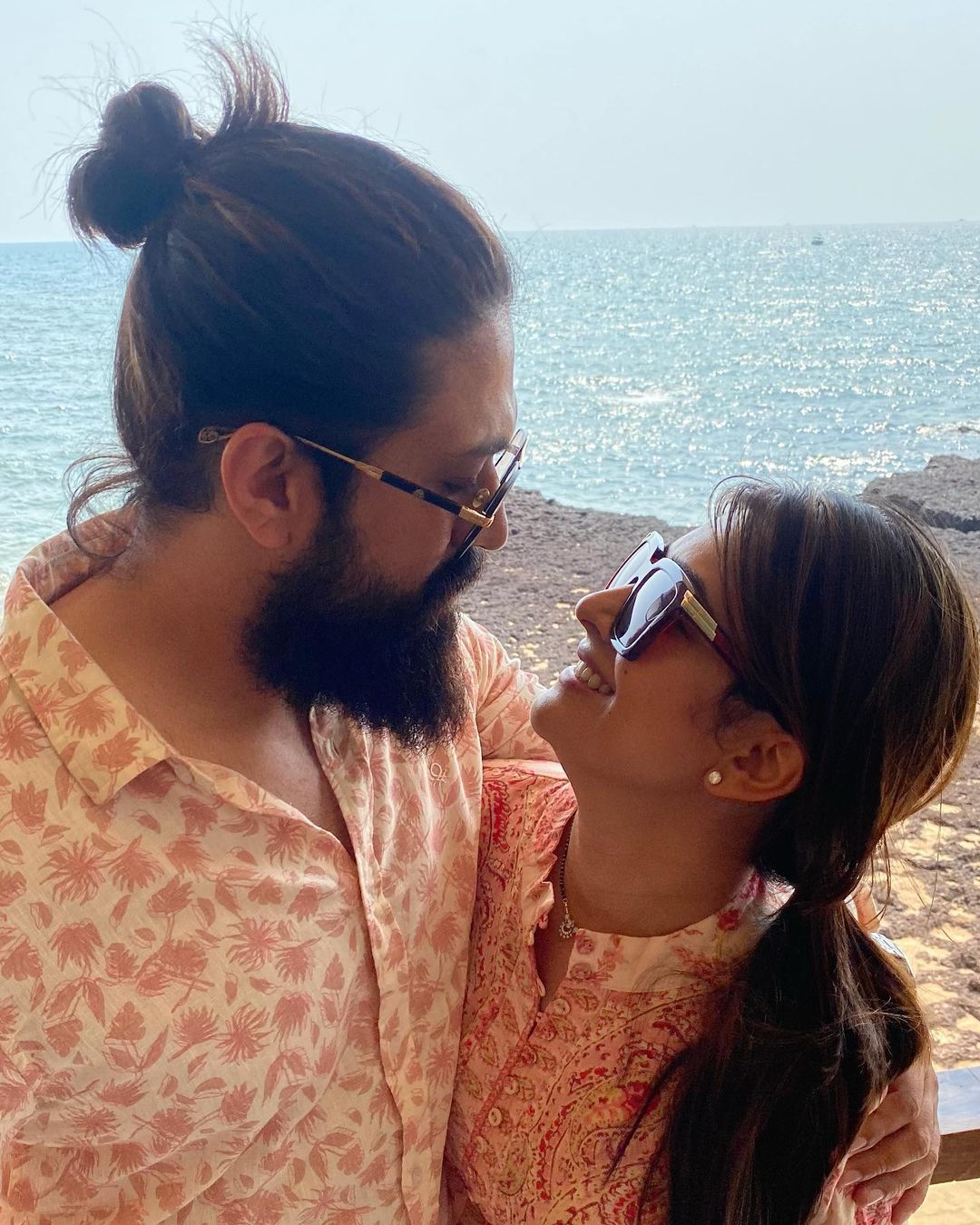 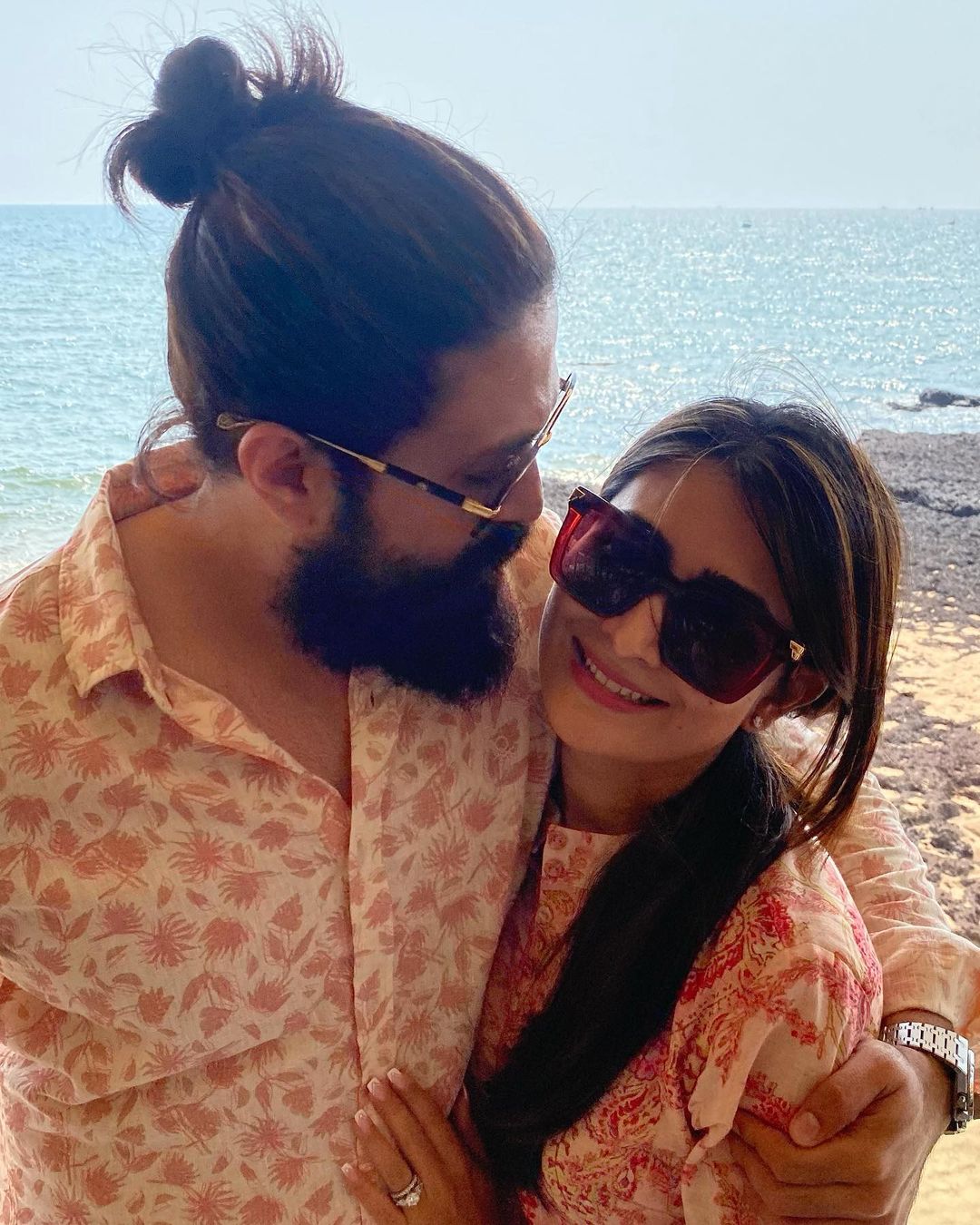 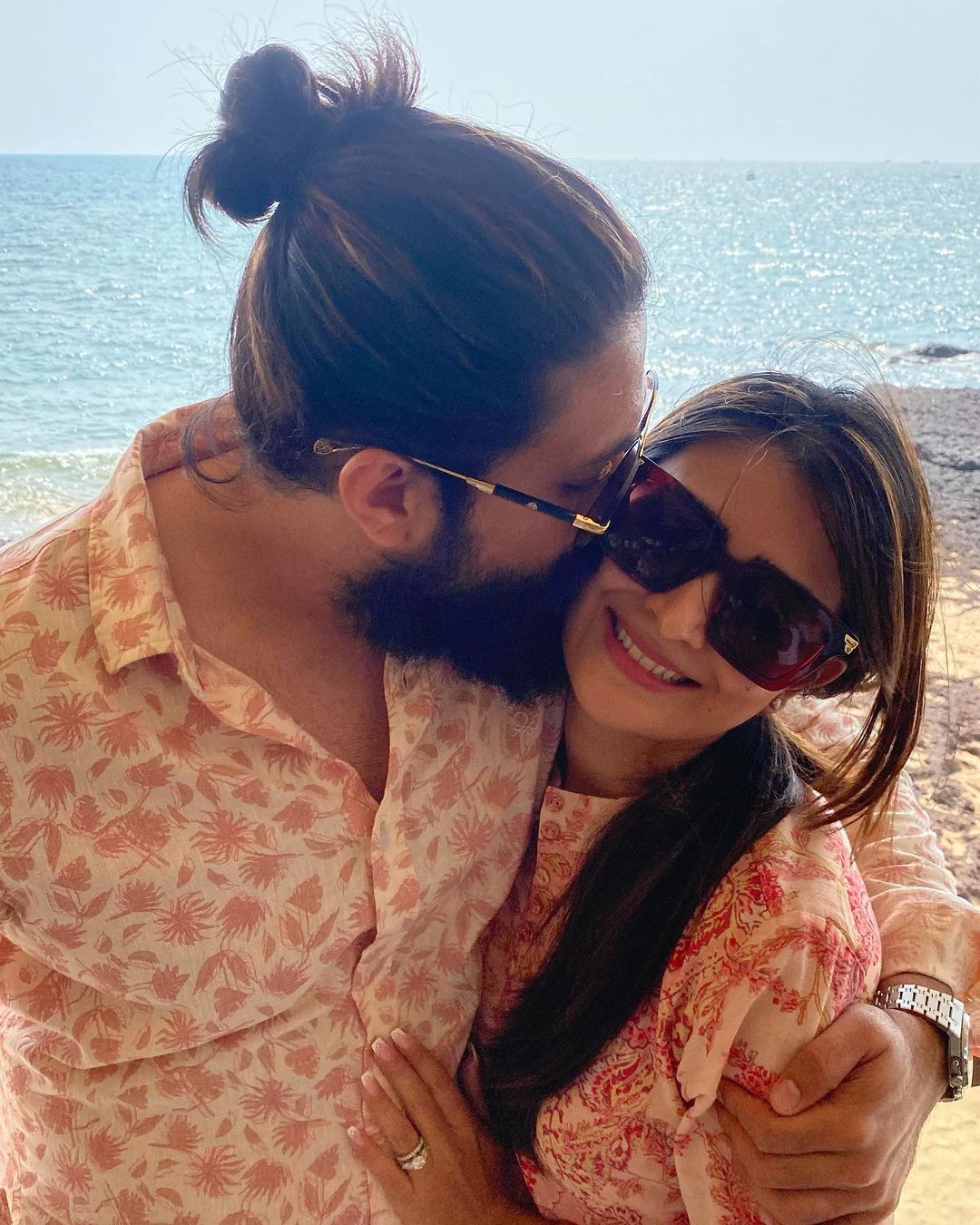 On April 3, 2022, Yash and Radhika had celebrated Ugadi, the New Year in a beautiful way. It was all about family time and delicious food. Radhika Pandit had taken to her IG handle and had shared a few pictures with her husband, Yash and children, Ayra and Yatharv. Along with the photos, she had wished everyone on this New Year and had written a heartfelt note that could be read as:

"E Varsha Beviginta bella jaasti irali.. Tumba obattu tinni. Yellarigu UGADI habbada shubhashayagalu!! To everyone out there celebrating.. a very happy Gudi padwa ( have lots of Puran poli today) after all that's what festivals are all about.. Happiness, togetherness and FOOD." 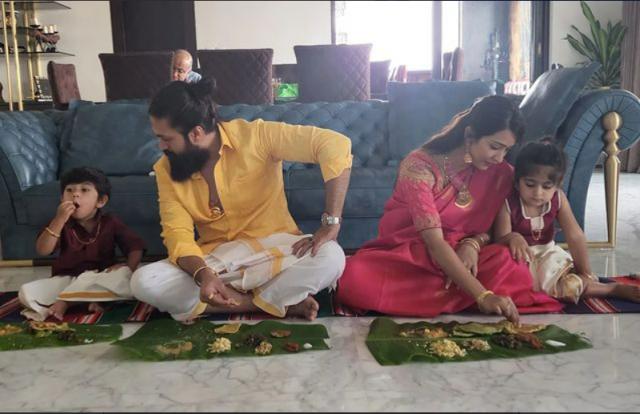 In the pictures, Radhika had looked pretty in a pink-coloured Kanjeevaram silk saree, while Yash had donned a yellow-coloured kurta and white and golden dhoti and had looked handsome as ever. On the other hand, their children had also put their best clothes on and had looked beautiful. Ayra had worn a maroon kurta blouse and white skirt while her brother, Yatharv had twinned in the same colour as his sister and had donned a kurta and a dhoti. Check out: 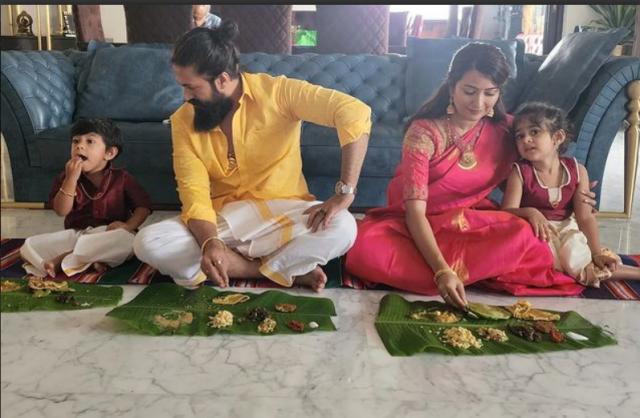 Well, isn't Yash and Radhika the cutest pair of South? What do you think?