Yash bagged the title of best hubby ever as he accompanied his wife, Radhika Pandit to the market and helped her shop. Check out the stunning glimpses!

K.G.F 2 actor, Yash, also known as 'Rocky Bhai' by his fans, is a bus driver's son. He has made it big in the film industry without a godfather. People have seen the historic success of his movies, K.G.F: Chapter 1 and K.G.F: Chapter 2, breaking several records worldwide, but not many know the actor's struggle behind reaching these heights. The young boy, who had never given up on his dreams, comes from a humble background. Over the years, Yash has etched a special place in millions' hearts with his stellar performance and down-to-earth nature. The actor is married to Radhika Pandit, and together they have two beautiful kids, Ayra and Yatharv.

Radhika Pandit is quite active on social media, and the star wife loves sharing glimpses of her family every now and then. On July 6, 2022, Radhika had taken to her IG handle and posted a special frame-worthy picture as her 500th post on the photo-sharing app. The photo featured Radhika with her handsome hubby, Yash and their kids, Ayra and Yatharv, smiling for the lens. She had captioned the picture as: 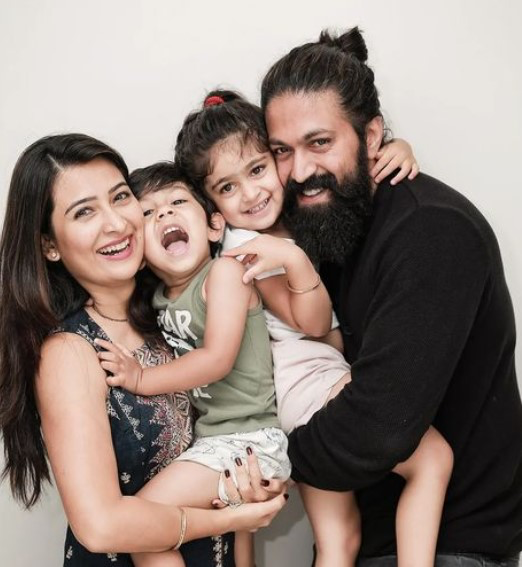 On July 23, 2022, Yash took to his IG handle and shared an adorable glimpse of him and his wife, Radhika Pandit shopping together. In the frame, the couple looked cute as they were seen buying juicy red cherries together. While Radhika looked beautiful in a yellow dress, Yash looked dapper in a pastel green-hued shirt, paired with white pants and an uber cool watch. Moreover, we spotted the actor finding happiness while feeding birds and enjoying quality time with his better half, Radhika. Yash’s caption can be read as: 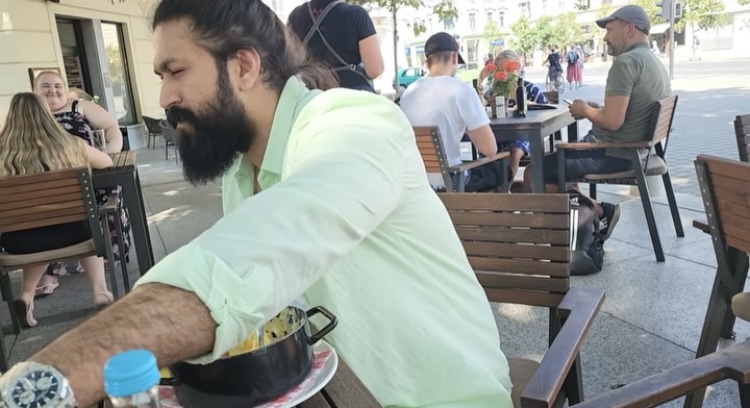 The power couple of the Kannada film industry, Yash and Radhika, is an inspiration to many. In an old media interaction, Yash had talked about his funny arguments with Radhika and had shared:

“She chides me if I ask her for improvisation, saying 'do not treat me the way you treat other actors. Just tell me what needs to be done. Remember, I too can act." 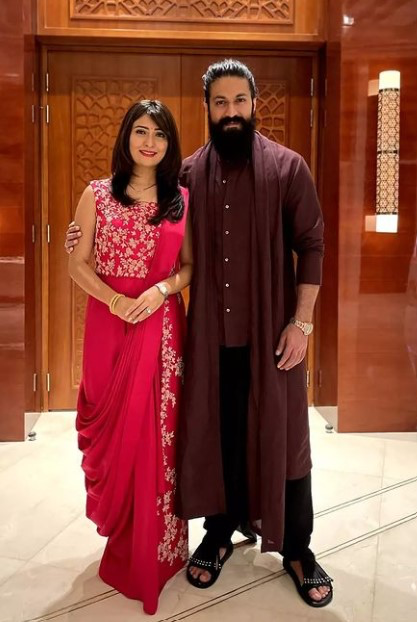 On June 29, 2022, taking to her IG handle, Yash's wife, Radhika Pandit had shared an adorable picture of their son, Yatharv. In the photo, the little munchkin could be seen standing on a beach with his back facing the camera. However, Yatharv’s pose was precisely similar to his dad, Yash’s iconic pose in the movie, K.G.F Chapter 2. Alongside it, she had written: We love how Yash accompanied his wifey, Radhika to the market! What about you?