Celebrating one year of togetherness with your partner is one of the most special days of your lives. And when you celebrate it at the same place where you got married, it makes it even more special. Chandramukhi Chautala from the hit show FIR, Kavita Kaushik has experienced the same bliss with her hubby, Ronnit Biswas.

Kavita and Ronnit’s hatke wedding took place in the Himalayas at a Shiv Parvati temple on January 27, 2017. And to celebrate their first anniversary, the couple has flown to Uttarakhand. Kavita posted a video of how they celebrated their anniversary, and captioned it, “Have you ever tried feeding city children? Try it if you haven’t and you will know the frustration their moms go through! Then feed these village children. They will relish every bite on their plate asking for more wiping every grain clean gleaming with satisfaction, the joy it was to cook for them and watch them eat is an unparalleled one and certainly cannot be found at a city event. Happy first Anniversary baby! This was the best way to celebrate. @justronnit”

Adnan Sami Posts A Lovely Anniversary Wish For Wife Roya, Says She Has Made Him A Better Man

Here are some more pictures from her first-anniversary trip, and after seeing this you'll also agree with us that there was no better way to celebrate it other than this. Take a look at their pictures: 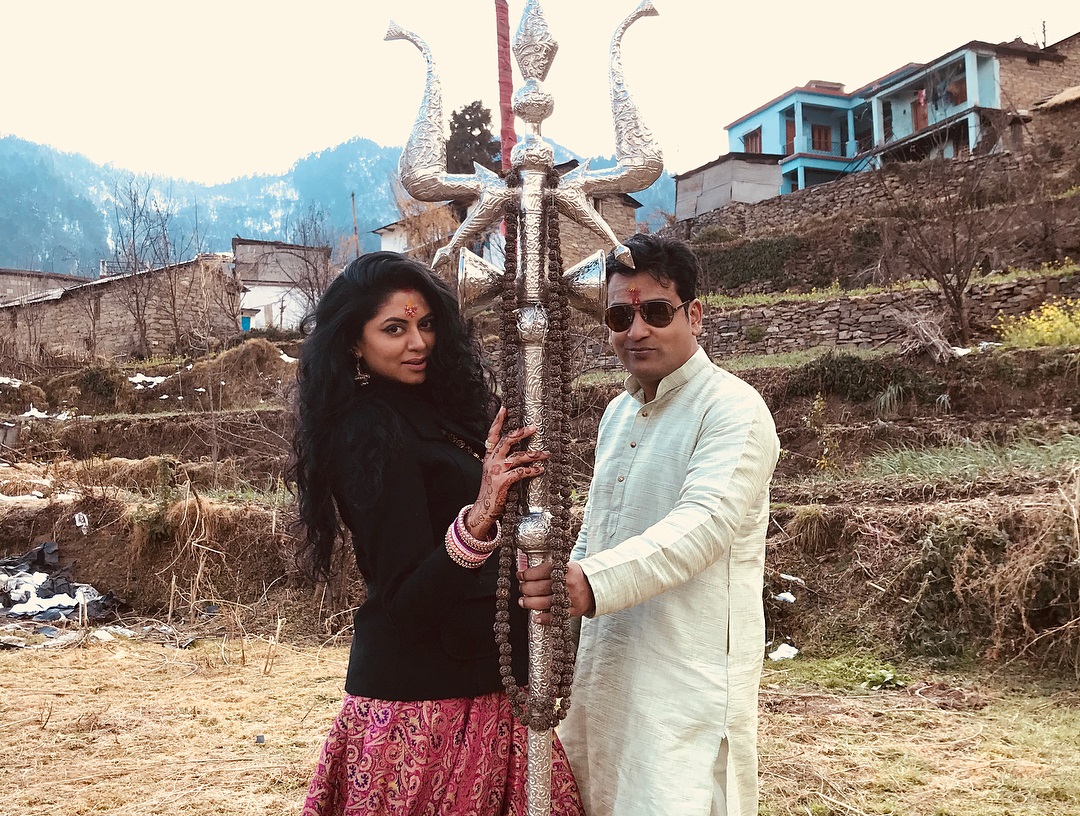 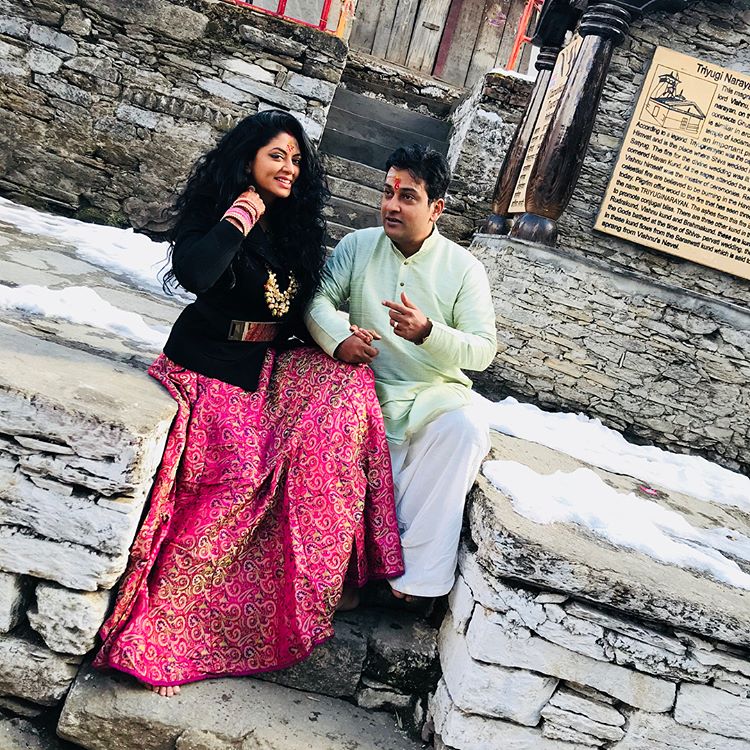 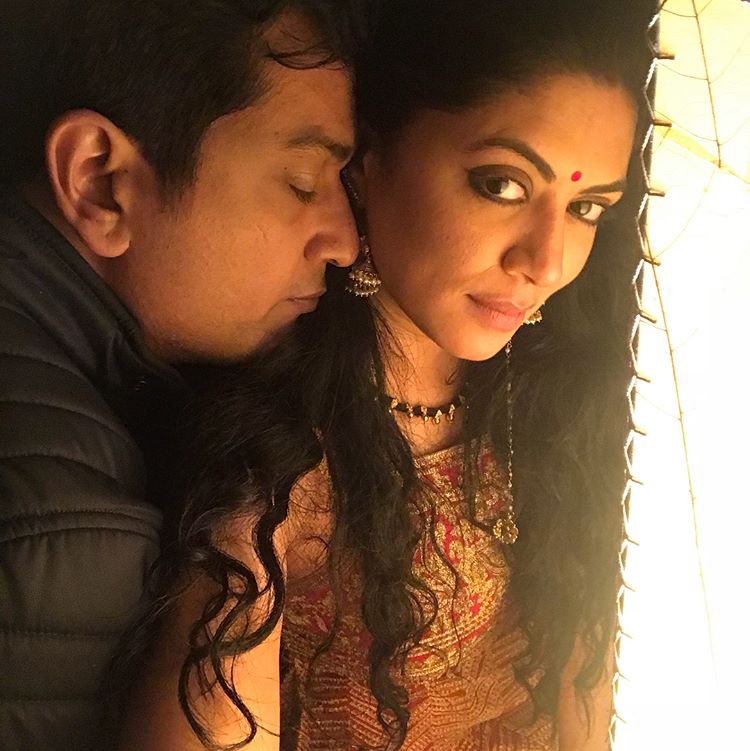 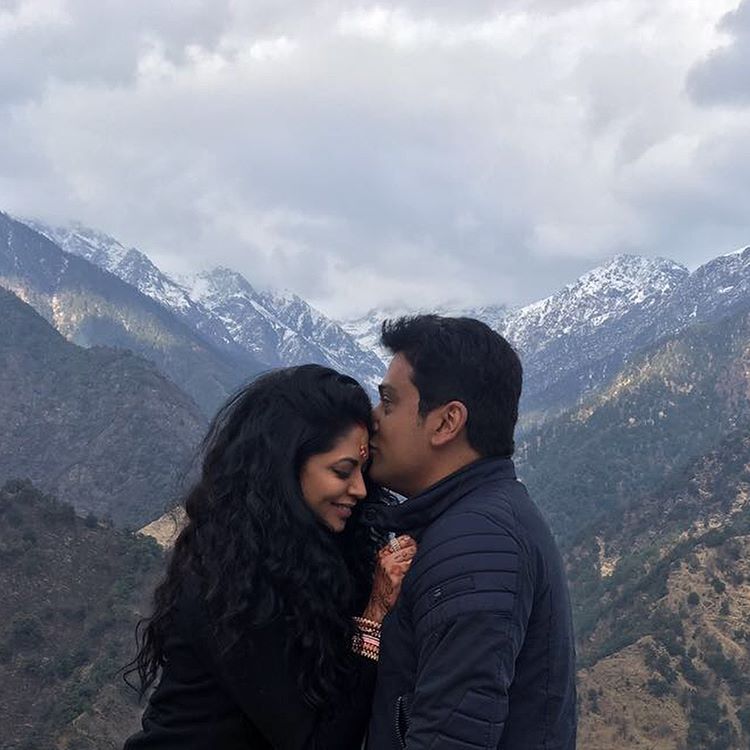 Kavita walked down the memory lane and posted pictures from her wedding ceremonies with beautiful captions on her official Instagram account. Kavita posted pictures and videos with her then hubby-to-be and her friends from her haldi function. Kavita’s haldi took place on January 23, 2017, and she captioned the picture, “One year back this day was the beginning of the happiest days of my life! Look how happy my girlfriends are thinking I’m gonna get domesticated they put all chapri dancers to shame!! 23rd January HALDI”

And Ronnit posted haldi ke baad ki photo of the two, and captioned it, “Haldi ke baad ki photo!! What an amazing year we’ve had!! So much love and affection. Mazaaaa aa gaya @ikavitakaushik thank you for making me ‘live’ for the first time in my life. #kavron #firstanniversary” After haldi, it was mehendi function and it was as dhamakedaar as the previous one. Kavita posted some pictures and a video from her mehendi day. For her mehendi, Kavita looked beautiful in an orange and purple silk lehenga. Her elegant look was enhanced with simple jhumkas and minimal make-up. Her mehendi design too complemented her look. She expressed her feelings for the day and wrote, “Last year this time!!!! Best mehndi dhamaal with my dirty dancers. 24th jan 2017”

The couple went to Uttarakhand and had the best of their time. Proof are the pictures posted by Ronnit and Kavita on their social media profiles. This is what Ronnit captioned their picture, “Here we are in #uttarakhand to celebrate our first anniversary together!! I love you @ikavitakaushik You are the pillar on which my life rests..#kavron” 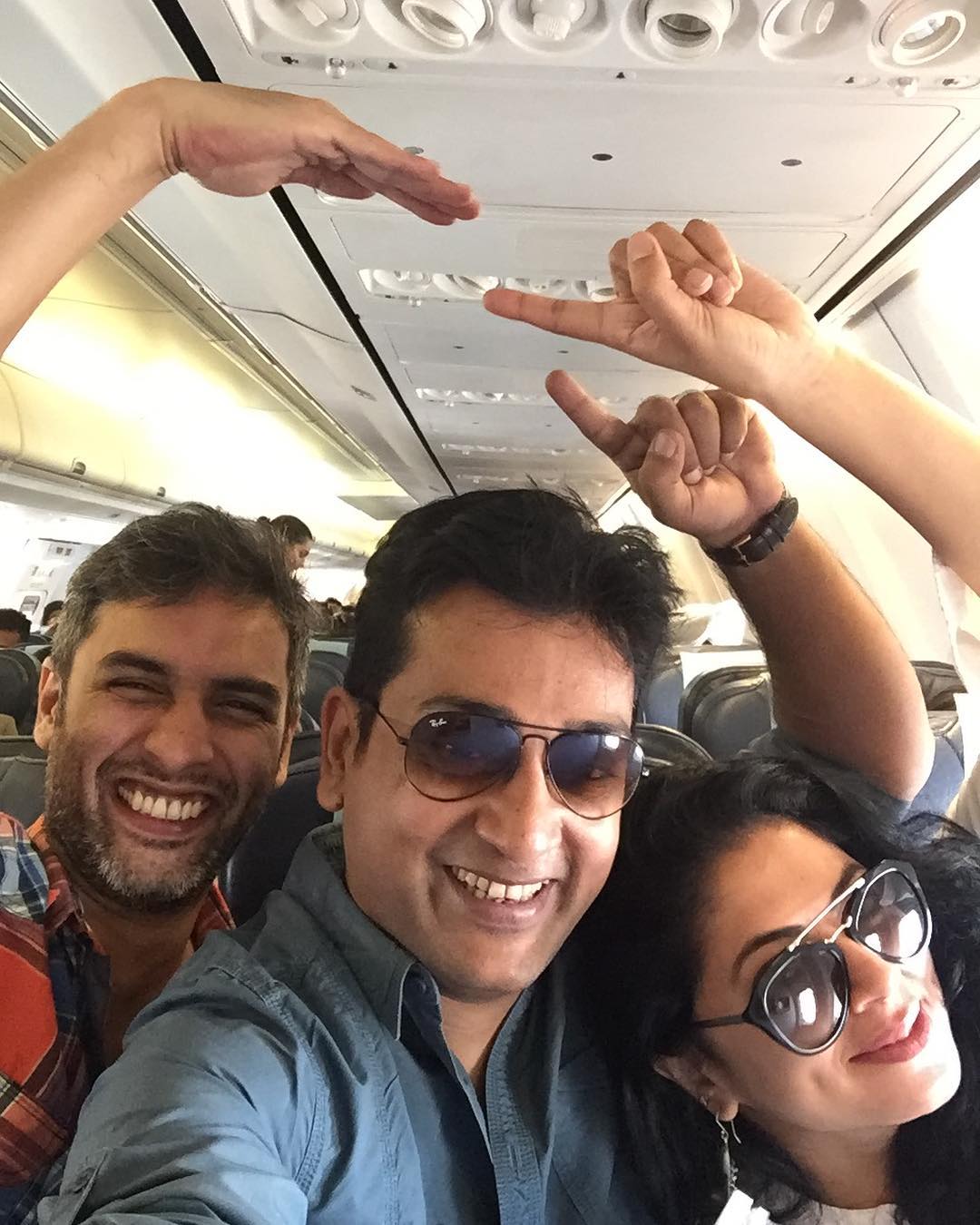 And Kavita captioned it, “One year of being one, being loved, healed and evolved, thank you for making me a complete woman baby @justronnit. Let’s jump in the river, wade through the snow, climb the cliffs and party with nature again baby cos that’s the way we roll!” 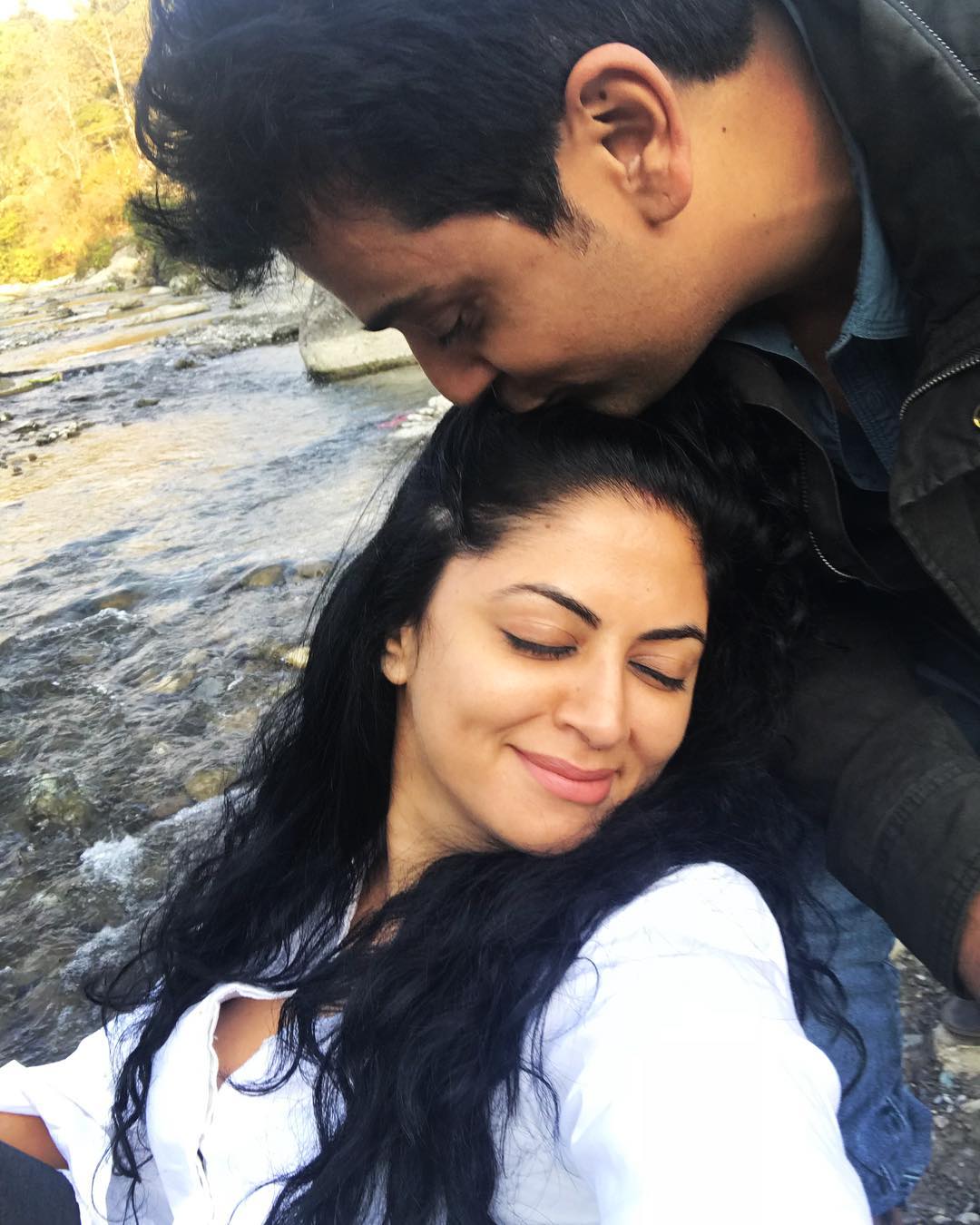 Earlier in an interview with a leading tabloid, Kavita shared the reason behind getting married in the Himalayas. She was quoted as saying, “Ron and I share our love for Shiva, the Lord of destruction and the creator of life. I’ve experienced the destruction when everything was going wrong and collapsing around me and Ron gave me a new hope and new life. He saw the struggling woman behind the angry, manly Chautala and kept me alive and happy after my dad. For me, he is no less than Shiva in my life because he is my saviour. The place where we are getting married is the place where Shiva and Parvati got married, if legends are to be believed. Also, I love the mountains, have trekked a lot and I’m happiest when I’m doing that, so there is no other place for me more suitable than the Himalayas.” Talking about her best friend and husband, Ronnit, Kavita expressed, “Ron is one of my closest buddies. In fact, he is a reflection of me, not the outer image that people know of me, but the real person that I am, my habits, my dreams, the drive, the love for a simple life and more. My father was a great source of strength for me.With him around, I could goof up and not regret. I could fight the world and not be scared; he gave me the luxury to be reckless.” These lovebirds took their wedding vows at such a sacred place and went there again to celebrate their first wedding anniversary. Truly admiring!

Adnan Sami Posts A Lovely Anniversary Wish For Wife Roya, Says She Has Made Him A Better Man