Yeh Rishta Kya Kehlata Hai protagonist, Karan Mehra and his singer-actress wifey, Nisha Rawal make for one of the cutest couples from the Tinseltown. Be it their romantic couple pictures or their mushy captions, Nisha and Karan have always been under the scanner for giving serious marital goals. It was on November 24, 2012 that the lovebirds said ‘I Do’ to each other and entered the marital bond.

Five years down the lane, Karan and Nisha became proud parents to their first baby boy on June 14, 2017. The doting parents lovingly named their son, Kavish Mehra. Ever since Kavish came into this life, he has been stealing the show with his expressive face. (You May Also Like: First Post-Wedding Look Of Charu Asopa And Rajeev Sen, Looks Beautiful As A Newbie Bride In Sindoor) 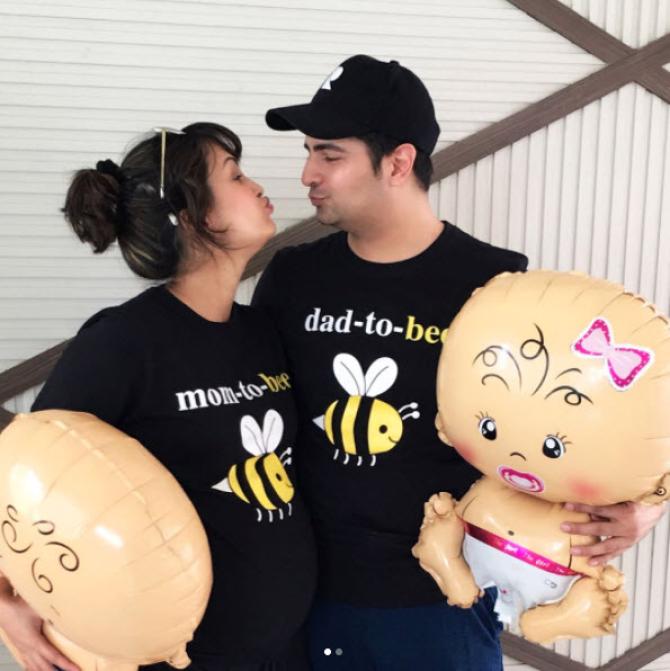 On June 14, 2019, Kavish turned two and his lovely parents made sure to make his day the best. The parents decked up the entire room with red and black balloons and also got a designer cake for the birthday boy. It looks like Kavish is a big fan of cars and so Karan and Nisha got him a car-themed birthday cake. Here are the pictures and videos from Kavish’s birthday bash:

A few days after Kavish was born, the doting parents had shared a lovely picture of him from his babyshoot. Along with the same, Karan and Nisha had written, “14th of June 2017, we were touched by an angel in the form of a baby boy. We now call him and introduce to you "KAVISH MEHRA". Our joy would be incomplete without sharing this blessed news with you. 3 fold love from the 3 of us.” Here’s the picture we are talking about: Revealing why they had zeroed down on Kavish as his name, the doting daddy had once told a leading portal, “It's a derivation of our names. We were trying to amalgamate it since a long time. But we were forced into this situation one day when we were asked a name by the hospital and we had to give a name immediately for the birth certificate. So we decided upon this soon. Well, Kavish means king of poets and it also is another name of Lord Ganesh. We also perceived it in the way of a 'wish', like Karan and Nisha Ka wish is 'Kavish'. I loved all these meanings and immediately decided upon this.” (Checkout: Sania Mirza Angrily Responds To The Trolls After Her Video With Husband Shoaib Malik Goes Viral) 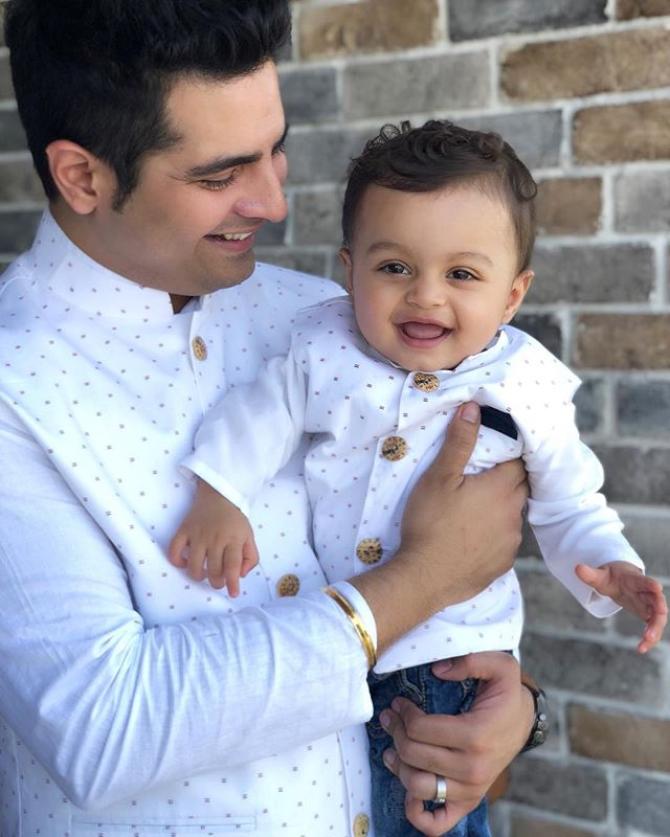 In an interview earlier, Karan had expressed his happiness on becoming a father and was quoted as saying, “It's different actually. The feeling of knowing that the baby is inside was different and now that it is out, the feeling is even more different. Like now that we are feeding him, cleaning him and all, we are getting to experience a lot. You know in case I go out and suddenly I am like, oh we have a baby at home. The feeling hasn't sunk in yet.” 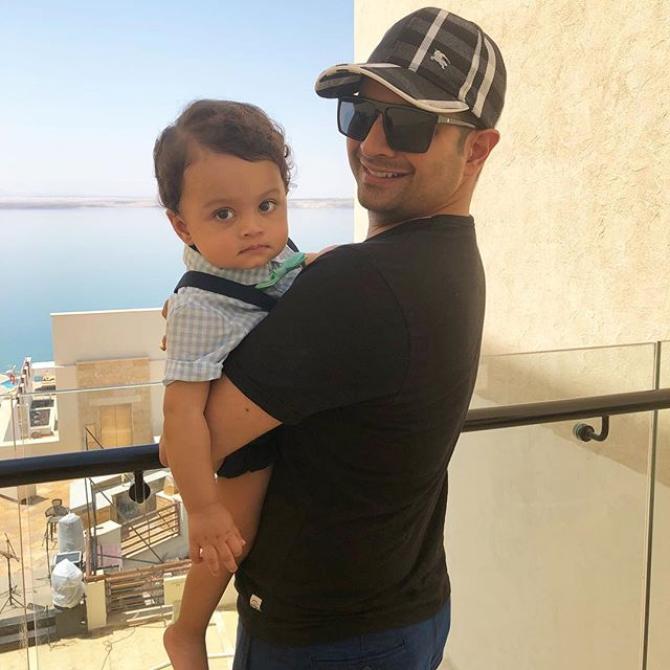 He had further gone on to add, “Actually he did not come directly into my hands. I saw him coming out and he was cleaned and then when he came into my hands I was like, Woah, that's my baby; he's finally into my hands.” (Also Read: Unseen Pictures Of Esha Deol's Newborn Daughter, Miraya With Her Naani Hema Malini And Sister Radhya) 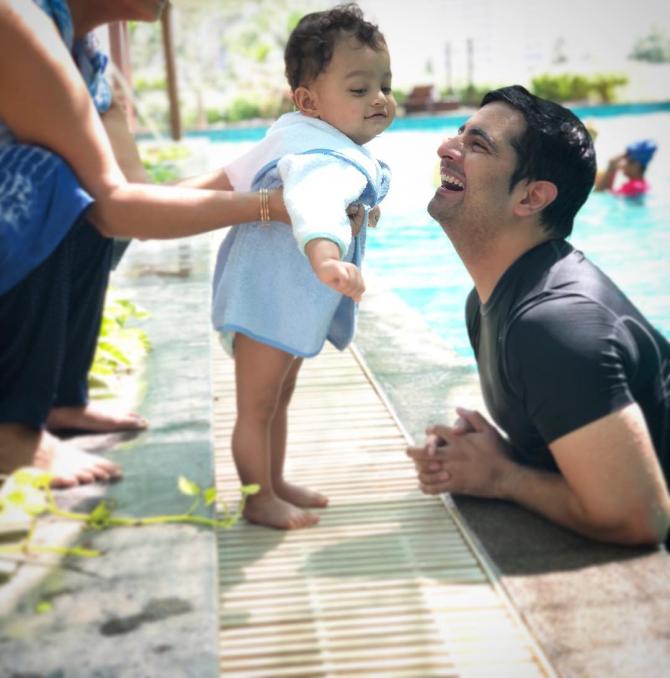 When the baby is born, the next thing that hovers over everyone’s mind is who he/she resembles to more. Similarly, when Karan was asked this question post Kavish’s birth, he had retorted, “Now I feel Kavish looks more like both of us. He looks more like me when I was young but now Nisha says that he resembles her. His hands, his ears, his toes are just like me. But honestly, at two weeks old, at that kind of phase, all the babies look the same to me.” (Checkout: Priyanka Chopra Jonas And Nick Jonas Post Lovely Wish For Madhu Chopra On Her Birthday, Pics Inside) 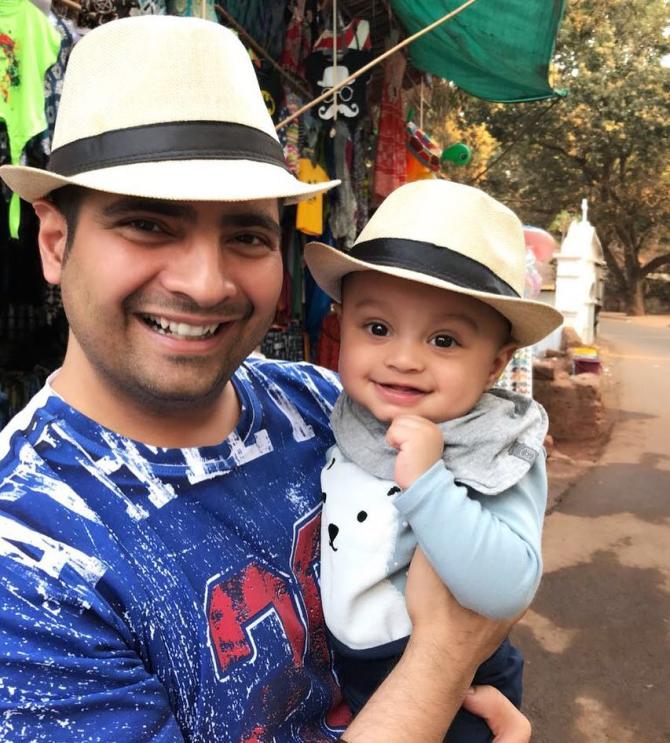 Here’s conveying good luck and all the love to Kavish Mehra! 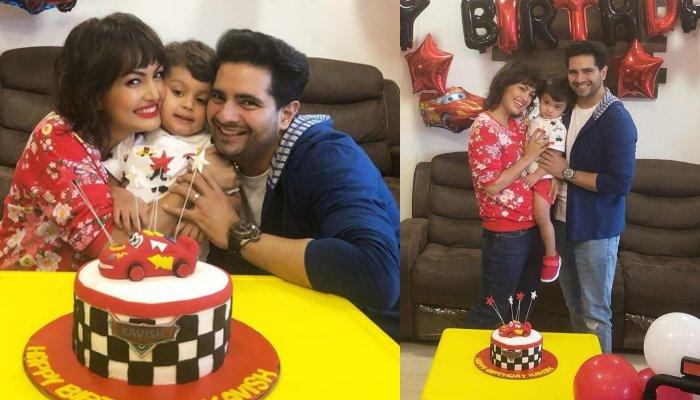 You meet a guy, fall in love, get married and have a baby. How fairy-tale(y) it sounds, right? And for those who think that fairy tales do not exist, this one’s for you (also for those who do, silly!). Yeh Rishta Kya Kehlata Hai once lead, Karan Mehra and his