Katrina Kaif's 'Always Got Your Back' Birthday Wish For Sister, Isabelle Kaif Is Every Sibling Ever

Katrina Kaif's 'Always Got Your Back' Birthday Wish For Sister, Isabelle Kaif Is Every Sibling Ever

On January 6, 2020, Katrina Kaif’s sister, Isabelle Kaif turned a year older and the 'Sooryavanshi' star took to her Instagram handle to wish the birthday girl. 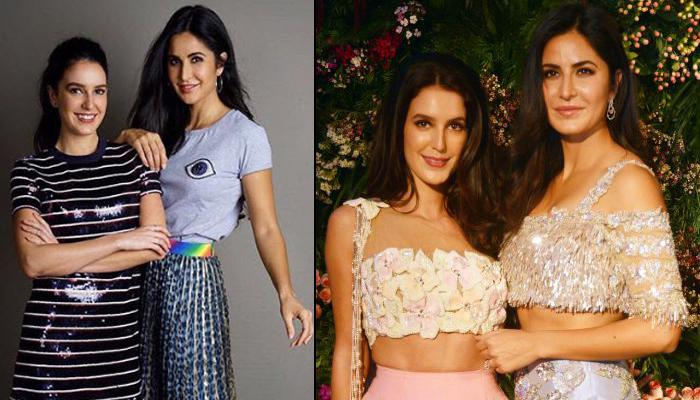 Though the audience will always have a soft corner for their all-time favourites, the Khans and Kapoors, they also warmly welcome the fresh batches of talent every year with open arms. While 2018 blessed Bollywood with Sara Ali Khan, Janhvi Kapoor, Ishaan Khatter, Mithila Palkar, Radhika Madaan; Zaheer Iqbal, Pranutan Bahl, Mohit Raina, Ananya Panday came as a fresh breath of air in 2019 amongst other talented starlets. While the aforementioned starlets have already grabbed the headlines with their debut films, we are eagerly looking forward to some promising faces the year 2020 will gift us. And Katrina Kaif’s sister, Isabelle Kaif is one such fresh face, whom we are looking forward to seeing on the silver screens. (Also Read: Bipasha Basu Celebrates 'Happy Happy' 41st Birthday With Karan Singh Grover By Dancing And Romancing)

It was in 2005 with Maine Pyaar Kyun Kiya? when Katrina Kaif made her breakthrough in the Bollywood industry, after three average films including her debut movie, Boom. Model-turned-actress, Katrina over the time proved that she is here to stay and now, she is one of the finest and highest-paid divas of Bollywood. With a career spanning over 15 years, Katrina became every director’s first choice and has worked with A-listers of Bollywood. Now, every Katrina fan is looking forward to seeing her sister, Isabelle Kaif on the silver screens. 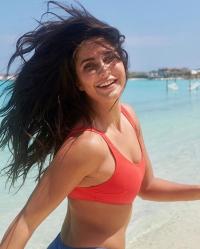 On January 6, 2020, Katrina Kaif’s sister, Isabelle Kaif turned a year older and the Sooryavanshi star took to her Instagram handle to wish the birthday girl. Posting a twinning picture with her sister, Katrina wrote, "Happiest birthday @isakaif ... always got ur back." While Katrina opted for a black tank top with her white skirt, Isabelle sported a pink top instead as the Kaif sisters enjoyed their vacation time together and couldn’t let go of each other’s hands. 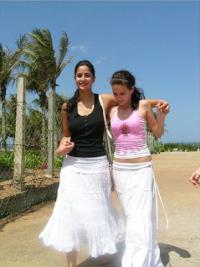 Isabelle Kaif, who made her acting debut with a Canadian rom-com film, Dr. Cabbie, is all set to follow her sister, Katrina Kaif’s footsteps and make her entry in Bollywood. Isabelle will make her Bollywood debut opposite Sooraj Pancholi in a dance film, Time To Dance directed by Remo D'Souza's assistant director, Stanley D'Costa. Isabelle recently announced her second film, Kwatha opposite Aayush Sharma and directed by Karan Lalit Butani. Excited to begin her journey in Bollywood, Isabelle had stated to Filmfare, “It's a great time to be entering the (Hindi film) industry. I'm really excited about the way Hindi cinema has evolved. Bollywood is going through a great time.” (Also Read: Sara Ali Khan Goes Scuba Diving With Brother, Ibrahim, His Underwater Expressions Are Hard To Miss) 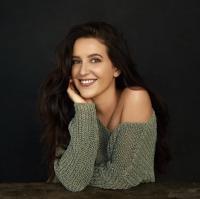 Revealing how she is fortunate to have Katrina Kaif as her sister and take inspiration and words of wisdom from her, Isabelle Kaif had continued, “Of course, I do. I think it would be foolish not to (laughs). Katrina is so good at what she does and she's also such a success in the industry. It makes complete sense, as she knows how things work (in the industry). Funnily enough, we rarely see each other as she is always shooting and nowadays, I'm always in rehearsals. But how can you have such a fountain of knowledge and wisdom with you, and not have her share it with you?”

How she admired Katrina Kaif for her work and have her as a mentor to make her place in the industry, Isabelle Kaif had remarked, “I have admired her from the beginning. At the end of the day, family is most important as they are the ones who you can always fall back on. They are going to be there for you and will always want the best (for you) as well. It’s definitely helpful in any industry to have a mentor, guide, advisor or someone with that kind of experience to help you with what you want to do and giving advice. So, she can tell me, ‘avoid this as these are the pitfalls or this is what really works’. It’s great to have a person who has kind of already tried and tested everything and knows what works in the industry. So, I think I am really lucky to have her as a mentor of sorts. She is always going to have my back with no ulterior motives, because ultimately, she is family.”

In an interview with the Bombay Times, when Katrina Kaif was asked what advice she had given to her sister before she makes her debut in the industry, Isabelle Kaif had said, "I always tell my sister that whether you are a director or an actor, you have to have nerves of steel to be in the film industry. It’s not easy. Make sure that you do what you want. Don’t look at anyone else as an example or follow their path. You should try to hear your own voice." (Also Read: Kareena's 'Rare And Only' Picture With Mansoor Ali, Sharmila Tagore, Saif, Soha, Kunal In One Frame) 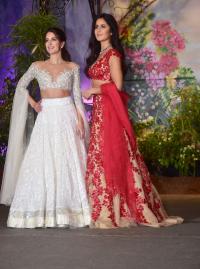 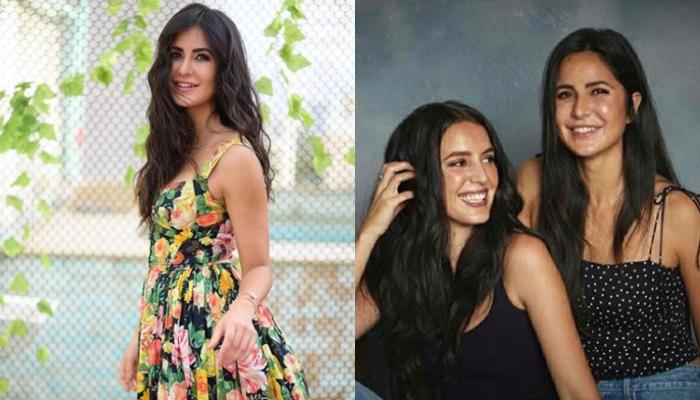 Did you know that Bollywood diva, Katrina Kaif's sister, Isabelle Kaif, had made her acting debut with a Canadian rom-com film, Dr Cabbie, which was produced by Katrina's ex, Bollywood superstar, Salman Khan? Isabelle is now all set to follow her sister, Katrina Kaif's footsteps and make her entry in