'Naagin 5' actor, Dheeraj Dhoopar flaunts his 'mehendi' with his wife, Vinny Arora and also feeds her 'gol gappe' and this is what true love is all about. Take a look! 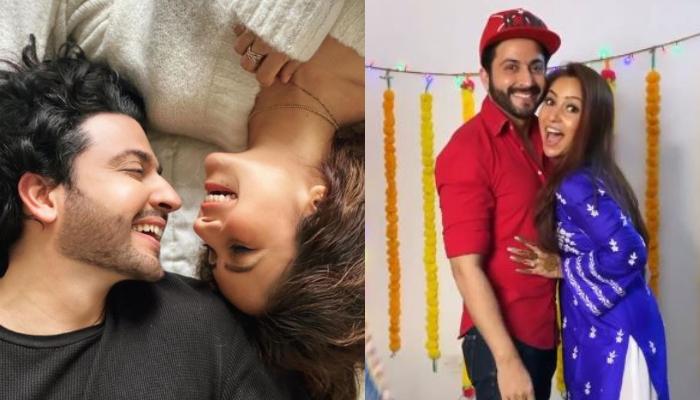 In the world of glam and glitz, there are many adorable couples, but only a few power couples. And popular television stars, Dheeraj Dhoopar and his wife, Vinny Arora come under the latter category. From their fashion sense, romantic snaps on their respective social media handles to the swag that they have as a couple, Vinny and Dheeraj are everyone's favourite celeb couple. For the uninitiated, the lovebirds had walked down the aisle in a dreamy wedding on November 16, 2016, in Delhi. (Recommended Read: Niti Taylor Shares A Glimpse Of Her First 'Karwa Chauth Ki Mehendi', Looks Super Cute)

Now, on the auspicious occasion of Karwa Chauth, the power couple is making us fall in love with them all over again by flaunting their mesmerisingly elegant mehendi designs. Scroll down to take a look!

On November 3, 2020, Naagin 5 actor, Dheeraj Dhoopar took to his Instagram stories and shared a glimpse of his mehendi design, and it looked beautiful as the initials 'D' and 'V' inside a heart gave us major hubby goals. However, the actor also shared a photo with his wifey, Vinny Arora's mehendi and we fall short of words to describe the beauty of Vinny's mehendi, as it looked something out of this world. The doting wifey also reshared the photo on her IG stories along with some other fun and adorable pictures from their mehendi night. Also, we saw Dheeraj feeding some gol gappas to his gorgeous wifey, and it simply makes our day a little bit brighter than before. Take a look:

These two cuties never fail to mesmerise us with their beautiful chemistry and always give us major couple goals with their stunning photos and videos. However, it's not all about the fun times, as Vinny and Dheeraj never miss a moment to stand up for one another in their life's tough situations too. Over the years, we have seen them talking and having each other's back despite a lot of rumours and reports about the potential trouble in their marital life. But both Vinny and Dheeraj had smashed the ill rumours time and again in their various interviews and media interactions. (Don't Miss: Kareena Kapoor Khan Looks Super Gorgeous In A Strappy White Dress, Flaunts Her Pregnancy Glow)

For instance, a few months ago, Dheeraj's character, 'Cheel Aakesh' in the show, Naagin 5 had started getting a lot of hype and praise from all the corners. Also, his stunning chemistry with actress, Shraddha Arya had given rise to a lot of rumours about the two having an affair or some special bond. In an interview with ETimes, when the actor was asked about the same, he had stated, "Consider this to be magic because we became good friends the day we first met. Vinnie has worked with Shraddha before, but I never worked with her before. When we started working together, did a few press conferences, travelled, and we bonded immediately. That is the comfort level that translates onscreen." (Also Read: Aditya Narayan Announces His Wedding, Reveals Taking A Break From Social Media For 'Shaadi' Prep)

Did you like Dheeraj and Vinny's mehendi designs? Let us know! 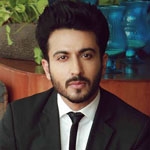