Kartik Aaryan's Mother Tricked Him To Say Goodbye To His Bearded Look, Video Inside

Kartik Aaryan's Mother Tricked Him To Say Goodbye To His Bearded Look, Video Inside

Kartik Aaryan parted from his thick, bushy beard and his mother made him do so by tricking him. Scroll down to check out the hilarious video! 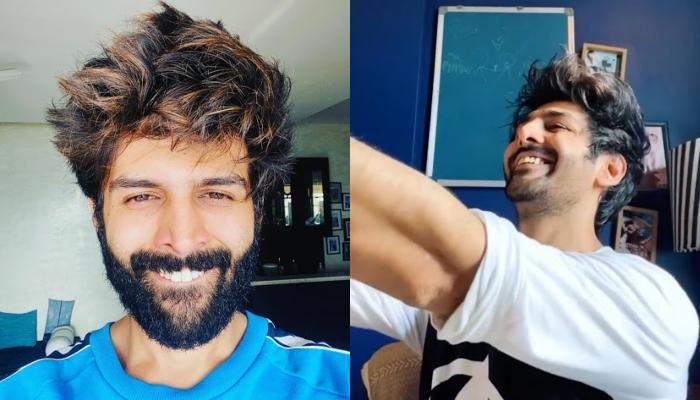 No matter how old you are or how clever you get, your mom will always have her way around you. After all, there is no one like mom! And you can never outdo her in wits because she's just the wisest and knows how to make you do things she wants. Feeling related, everybody? Yeah? You've also been victims of 'mom sorcery' in your life? Well, so are we, and guess who else, has been a victim of the same, Kartik Aaryan! (Recommended Read: Katrina Kaif Shares A Unique Birthday Wish For Rumoured Beau, Vicky Kaushal Filled With 'Josh')

Yes, ladies and gentlemen, it seems the grave issue of 'if Kartik Aaryan should get rid of his bushy beard or not' over which the whole internet was divided, has been resolved now! And by whom? Yes, his mom. We know that Kartik was reluctant to let go of his beard but when mom decides the beard shall go, the beard goes. No matter who you are. Scroll down to check out how Kartik Aaryan's mom tricked him into removing his thick, bushy beard! 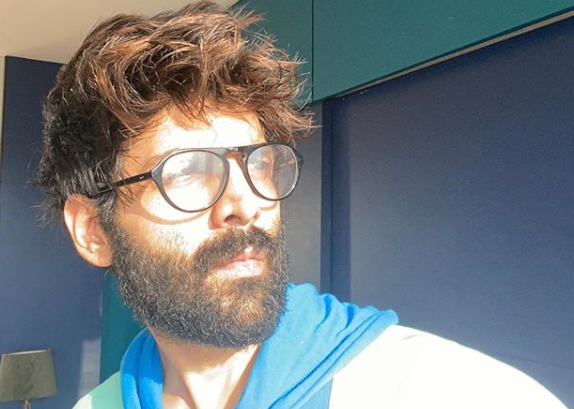 Kartik Aaryan took to his Instagram handle on May 16, 2020, and posted a hilarious video showcasing how his mother made him remove his beard. The video starts with Kartik flaunting his thick, bushy beard in front of the camera when his mother asks him to pass certain things. Her voice can be heard asking 'Koki' for gamla as she said, "Koki gamla de de." To which he promptly obliges. She then said, "Saree de de" to which, passes her the saree, then came the twist when she said, "Gadi (toy car) de de." which Kartik Aaryan confuses as dadhi (beard) and removes his beard! Her mother then clarified that she was asking for the toy car, not his beard and poor Kartik made sad faces on parting from his lovely beard. He captioned the video as "Mummy Sahi Khel Gayi.. " Have a look at the hilarious video below:

Kartik Aaryan often shares videos and snippets of his fun banter with his mother and we're in love with his 'savage' mom! On May 4, 2020, Kartik had taken to his Instagram handle and shared a hilarious video, wherein his mother had interrupted him by asking him a funny question. In the video, Kartik could be seen shooting for his show, Koki Puchega while his mother had called him and he had replied that he was taking an interview. To which, his mother had retorted, "Le raha hai ki de raha hai". Kartik had captioned the hilarious video as "Maa ka Jawaab Nahi". Check it out below. (Also Read: Juhi Parmar Reveals How She Had Shared The News Of Her Divorce With Daughter, Samaira)

Talking about Kartik's relationship with his mother, in an interview with the Hindustan Times, he had revealed that his mother knows all his exes and crushes. He had said, "She knows everything about my life — not just career but even my personal life. Whichever girls I was friends with or dated, she knows them all. She’d add them on Facebook and then starts chatting with them (laughs). Woh sab social media platforms par hain, unhe bahut shauk hai. She is very informed that way and she has learned it from me." (You May Also Like: Vivek Dahiya Showers Praises On Wife, Divyanka Tripathi Dahiya For Clicking His Perfect Silhouette)

We love Kartik Aaryan's mother! How about you?