'Love Aaj Kal' actor, Kartik Aaryan revealed his mother's reaction to his #AskKartik session trending on Twitter at the top spot. Find out! 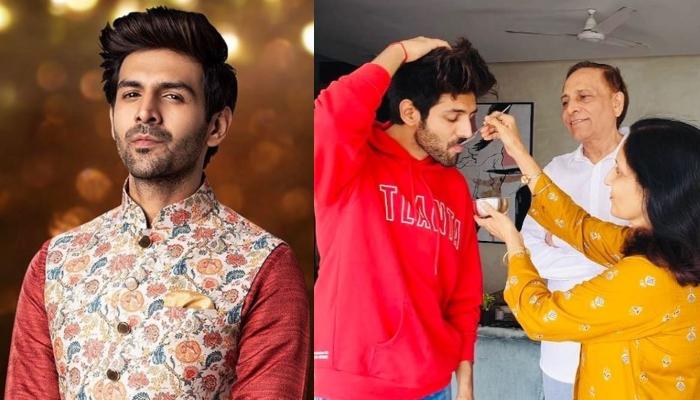 There are millions of girls out there, who are in love with his style, smile, hair, and that famous monologue in the film, Pyaar Ka Punchnama, Kartik Aaryan is simply the heartthrob of the Bollywood industry right now. Well, there's another side of this actor, and not many people are aware of that, Kartik is exceptionally close to his mother. In fact, in many interviews, the actor had shared how his mother has always inspired him to be the best version of himself. Also, how she had taught him to stay grounded and to value the little things in life. (Recommended Read: Anupam Kher Reveals He Lied To His Mom, Dulari And Told Her That She Has An Infection Not COVID-19)

However, this time around he has revealed a funny side of his mother after his session, #AskKartik has topped the trending charts on Twitter. Scroll down to see his mother's reaction! 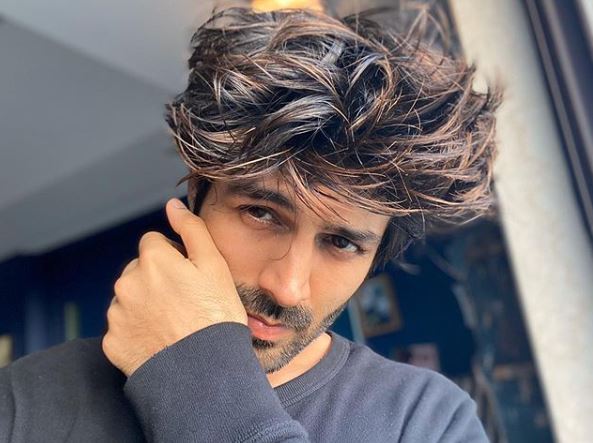 Bollywood actor, Kartik Aaryan is one of the most active celebrities since the beginning of this lockdown and has entertained people in many ways. However, his most popular way is asking questions about random things from his fans on Twitter and Instagram in his popular series, 'Koki Puchega'. However, on Twitter, his #AskKartik session has grabbed the no.1 spot on trending charts. The actor was celebrating his little victory with his fans when a fan has asked about the reaction of his mother to this. The actor revealed in his tweet saying that, "Ab ek hafta bhaav khayengi relatives ke beech #AskKartik." Take a look. Well, there's no doubt that both Kartik Aaryan's sister and mother deserves much credit for this victory on Twitter because we have seen them featured in most of his videos. For instance, on May 4, 2020, Kartik had taken to his Instagram handle and had shared a hilarious video, wherein his mother had asked him a funny question. In the video, we could see Kartik shooting for his show, while his mother had called him and he had replied that he is taking an interview. To which, his mother had asked him, "Le raha hai ki de raha hai". Kartik had captioned the hilarious video as "Maa ka Jawaab Nahi". Check it out below: (Don't Miss: Kriti Sanon Pens A Heartmelting Poem For Sushant Singh Rajput On His One-Month Death Anniversary)

Earlier, in an interview with the DNA, Kartik had talked about his dream house. He had talked about his journey of staying without his family and how he had made the house of his dreams so that his parents can stay with him. The actor had revealed, "I had a dream that we would all live together once again. Now, after almost seven-eight years of staying here alone, I asked them to join me. In a way, this is my dream house because my parents and sister are here with me."

Coming back to his videos, one of the most hilarious videos of the actor was the one, he had made while attempting the tongue-twister challenge of the film, Gulabo Sitabo. On June 12, 2020, Kartik Aaryan had taken to his Instagram handle as he was nominated by the film's actor, Amitabh Bachchan, but hilariously, the actor wasn't able to do it, all credits goes to his crazy family. In the video, we could see Kartik Aaryan starting the challenge with a bright smile, but it was his mother, Mala Tiwari, who had interrupted him asking "Amitabh Bachchan ji ke itne bure din aagye ki tujhe tag kia?" To which, Kartik had replied, "Mummy unke bure din ni aaye par mere bhi toh ache din aasakte hai." Soon his sister, Kritika Tiwari had entered into his room and after a little conversation between the two, we see both of them fighting to get a hold of the phone. Along with the video, Kartik wrote a caption that can be read as "Family is the biggest support system dey said #TwistedFamily." (Also Read: Charu Asopa Connects With Hubby, Rajeev Sen Over Video Call Amid The Rumours Of Trouble In Marriage)

Do you think Kartik Aaryan is the star of the lockdown? Let us know!