After Sara Ali Khan's comment on her ex-boyfriend, Kartik Aaryan at the 'Koffee' couch, it was the actor who took a hilarious dig at her. Read on to know more!

Bollywood actors, Kartik Aaryan and Sara Ali Khan were once the most talked about rumoured couple in B-town. Though during their alleged relationship, neither of them had confirmed it. However, Sara Ali Khan's friend in Bollywood and filmmaker, Karan Johar acknowleged her relationship with the actor in an interview. Soon, after this, Sara also graced the couch of Koffee With Karan and admitted the same.

On July 12, 2022, Karan Johar had taken to his IG handle to share the promo of Koffee With Karan season 7's second episode, featuring Sara Ali Khan and Janhvi Kapoor. In the teaser video, during the rapid-fire round, Karan had Sara the one reason why she broke up with her ex-boyfriend. Answering this, Sara took an indirect dig at her and Janhvi’s mutual ex-boyfriend and said, “He is everyone’s ex.” However, afterwards, she also mentioned her another ex-boyfriend, Kartik Aaryan after Karan had stated that the duo had dated each other. She was also seen mimicking Kartik. Check out:

Now, Kartik Aaryan, rising high in his career with the last released film, Bhool Bhulaiyaa 2, allegedly gave a hilarious reaction to his ex-girlfriend, Sara Ali Khan's comment on the Koffee couch. In an interview with Bollywood Hungama, Kartik was asked to reveal the one thing that he is proud of. To this, the actor pointed toward the rapid shows in which he is going quite popular nowadays and mentioned the same. The actor replied:

"That I'm popular among rapid-fire shows." Earlier, in an interview with India Today, Karan Johar had lauded the couch of Koffee With Karan which is known as the 'couch of manifestation'. From Ranbir Kapoor-Alia Bhatt to Katrina Kaif-Vicky Kaushal, the director mentioned the couch has been lucky for uniting many Bollywood duos in real life. It was when Karan talked about how Sara and Kartik's love story had begun while confessing their crush on the popular chat show. Moreover, Karan admitted that Kartik and Sara were indeed dating. He had said:

“I call this couch the couch of manifestation. I was like telling Kriti (Sanon) the other day, I said just say a name! Because Katrina (Kaif) on this couch said that she thought she would look good with Vicky (Kaushal), then Vicky collapsed and then the next thing we know is that they are married. Sara (Ali Khan) mentioned Kartik (Aaryan) and they started dating. Alia (Bhatt) has mentioned Ranbir (Kapoor) season after season and she is married to him today and is going to have his beautiful baby. So it’s fantastic that this couch has actually manifested so many relationships.” 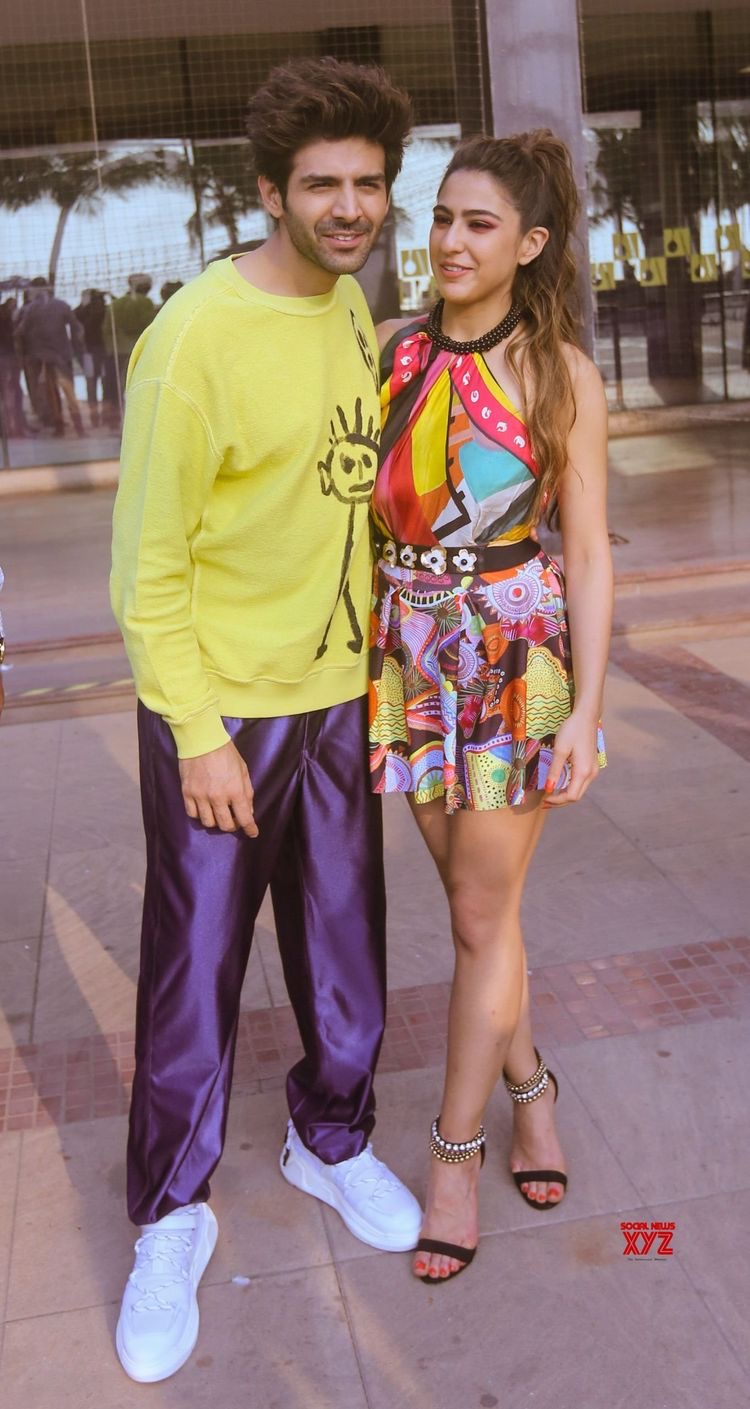 After their breakup, the couple is hardly seen together. However, at Pinkvilla’s event, Style Icon, Sara and her ex-boyfriend, Kartik had crossed paths. The ex-couple also posed with each other after two years of breakup. While Sara looked gorgeous in a sultry thigh-high slit black gown. On the other hand, Kartik looked dapper in a black suit and tie. Though the actors elegantly posed for the camera, it seemed from their expressions that they indeed felt awkward with each other.

What do you think about Kartik's reaction? Let us know!

Next Read: 'Naagin 4' Actress, Nia Sharma On Her Alleged Boyfriend, Rrahul Sudhir And Their Dating Reports