Karisma Kapoor shares a warm bond with her parents, Randhir Kapoor, Babita and sister, Kareena Kapoor. In an interview, Karisma revealed that she misses meeting her family. 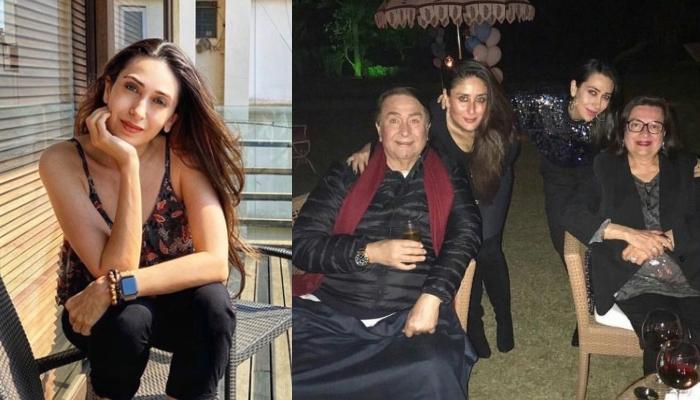 The entire world is going through the crisis spread by Coronavirus and making all the efforts to overcome the pandemic. The Indian government had announced a complete lockdown to control the virus and all the citizens are abiding the same. While it is quite natural to miss one’s family, but let’s not neglect the seriousness related to the pandemic. While many of us are missing out on meeting our friends, family and other relatives, celebrities are also going through the same crises. And the one, who admitted missing her parents and sister is none other than actress, Karisma Kapoor. (Also Read: Tiger Shroff's sister, Krishna And Her Beau, Eban Open Up About Relationship Amidst Breakup Rumours)

Karisma Kapoor shares a very warm bond with her parents, Randhir Kapoor, Babita and sister Kareena Kapoor Khan. The Hero No. 1 actress, who is pretty active on social media, often shares glimpses of her family. Be it celebrating her birthday with her parents and sister in London or sharing heart-melting notes for her kids, Karisma never shies away from expressing her love for her family. Karisma is keeping herself busy at her home in the company of her kids, Samaira and Kiaan. The gorgeous actress has been motivating her fans with her culinary skills and spending her time while reading her favourite authors. 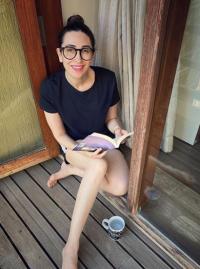 In an interview with the Hindustan Times, Karisma Kapoor opened up on missing her parents and sister. She revealed that she really miss meeting her parents, Randhir Kapoor, Babita, sister, Kareena Kapoor Khan and nephew, Taimur Ali Khan. Talking about the same, she revealed, “We are a very close family, since we all live close by, we used to meet everyday. It has been tough not seeing them. But we are all trying to hang in there at this point of time.” 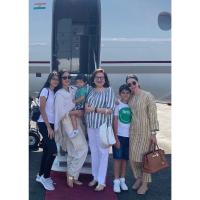 She had also urged everyone to stay inside their homes to combat the spread of the virus. Requesting everyone not to lose hope and stay positive to deal with the difficult situation, she stated, “It is indeed a difficult time for everyone around the globe. People are anxious, I get it. I am trying to look at the positive side. Before the lockdown started, I was busy with the promotions of my web series for the last two months. So this has been a nice downtime for me at home with my family. Staying indoors for a prolonged period can be tough but we have to follow the guidelines. People may feel bored or feel trapped at home, but you are doing a good deed by staying at home. So don’t feel bad.” (Also Read: Karan Kundrra And Anusha Dandekar Call It Quits After More Than Five Years Of Relationship [Details]) 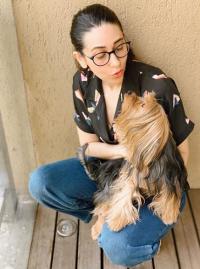 On July 8, 2019, Karisma had shared a sunkissed #FamJam picture with her parents, sister and kids. While Kareena and Karisma had looked super-stylish in black jacket and denim, Randhir Kapoor, Babita, Samaira and Kiaan had opted for casual looks in the picture. Daddy’s little girls, Kareena and Karisma could be seen holding their father's arms. 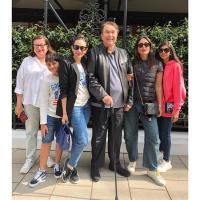 On Mother’s Day last year, Karisma had taken to her official Instagram handle and had wished her mother, Babita and her darling little sister, Kareena Kapoor Khan. In the picture shared by Lolo, we could see Taimur wrapped up in his maasi's arms, and mommy, Kareena was seen gushing over him while Babita had posed for the snap. Along with the picture, the Zubeidaa actress had written, "Coz family is everything #happymothersday #strongmoms." 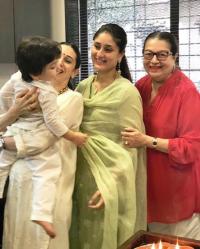 On February 15, 2019, it was Randhir Kapoor’s 72nd birthday and Karisma Kapoor had shared glimpses of her father’s birthday celebrations on her Instagram handle. Sharing a perfect family picture with parents, Randhir Kapoor and Babita, sister, Kareena Kapoor Khan, brother-in-law, Saif Ali Khan and daughter, Samaira Kapoor, the Hero No. 1 actress had written, “Happy birthday papa! We love you #familylove #birthday #celebration”. While everyone had missed Taimur Ali Khan and Kiaan Raj Kapoor in the family picture, others seemed to have enjoyed the family gathering for Randhir Kapoor’s birthday. (Also Read: Rangoli Chandel's Uncanny Resemblance To Her Sister, Kangana In Her Wedding Photos Is Amazing) 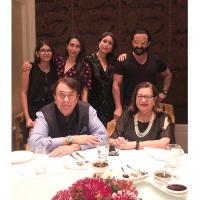 Are you guys also missing your family like Karisma? Let us know. 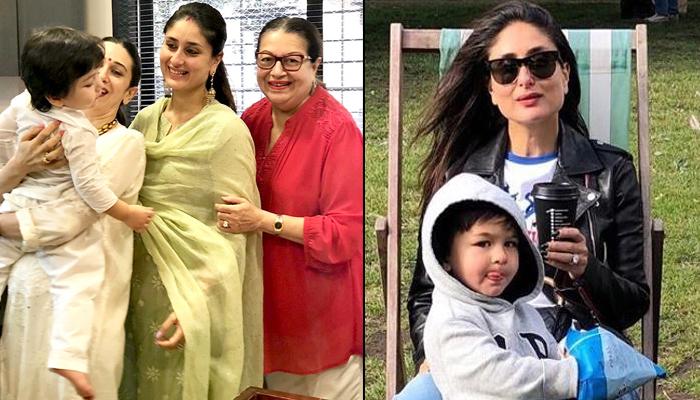 Saif Ali Khan, Kareena Kapoor Khan and Taimur Ali Khan have been enjoying their work-cum-leisure vacation in London after spending some quality time in Tuscany, Italy. The trio was joined by Bebo’s sister, Karisma Kapoor and her kids, Samaira Kapoor and Kiaan Raj Kapoor in London, where they had also