Kareena's father, Randhir Kapoor expressed his glee on Taimur getting a sibling to play with as Bebo has marched on the journey of motherhood 2.0!

Paparrazi's favourite muse, Taimur Ali Khan, is soon going to be promoted to 'big brother' as Saif Ali Khan and Kareena Kapoor Khan are expecting their second child. Yes, ladies and gentlemen, it is official now as Saif and Kareena have released a statement confirming the news. And as soon as the news had come out, congratulatory messages had started pouring in from all over. Well, it seems Tim's younger sibling is all set to be welcomed whole-heartedly! (Recommended Read:  SSR's Sister, Shweta Singh Kirti Urges People To Demand CBI Probe Ex, Ankita Lokhande Reacts [Video])

Kareena Kapoor Khan's sister-in-law and Saif Ali Khan's sister, Soha Ali Khan, was quick to react to the news, and her funny post had made us go ROFL. Soha had taken to her Instagram handle and had posted a picture of Saif Ali Khan with a variation of 'Godfather' atop the picture. She had then congratulated the couple in her caption. Her caption could be read as "Couldn't resist! Congratulations @kareenakapoorkhan be safe and healthy - and radiant as ever!" 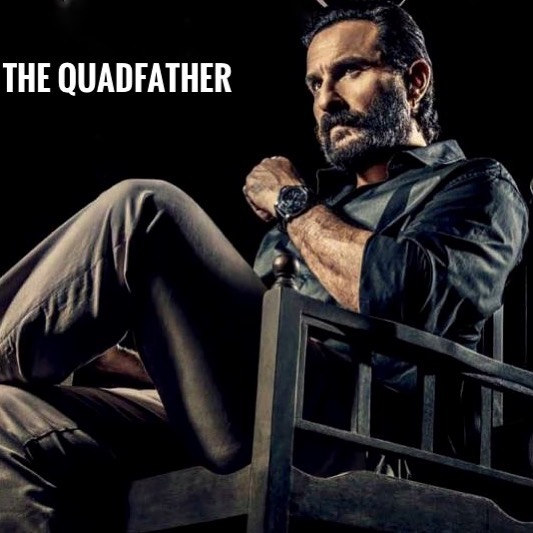 Kareena's father, Randhir Kapoor had earlier reacted on the conjectures in an interview with The Times of India, and had said, "I hope it's true and if so, I would be very happy. Do bachche toh hone chahiye to give each other company."  Now, in a conversation with ET Times, the elated grandfather expressed his happiness and said, "I am absolutely delighted, I have been telling Kareena for so long that Taimur needs a brother or sister to play with. We are all very happy and we pray, it's a healthy, happy child." 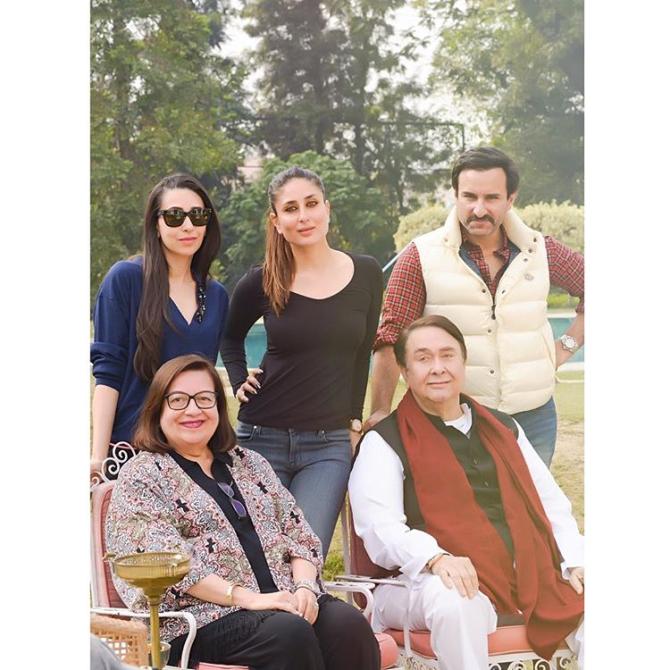 Kareena Kapoor Khan's veere, Rhea Kapoor also took to her IG stories to congratulate Bebo on baby number two. Rhea posted a throwback picture with Kareena and wrote, "Congratulations @kareenakapoorkhan my lucky charm, veere for life. Guess which producer is on the other end of baby Khan number 2? #rulebreakers #foreverheroine." In an interview with film critic, Rajeev Masand, Kareena Kapoor Khan had talked extensively about her unique parenting approach and had explained, "When it comes to being a mother, my experiences are very personal and it's my own. Because there is no crown for following it (parenting methods). Of course, there are like thousands of books (on parenting) which you can read. I read all of them but I got really bored. So, I said I am just going to figure it out, each day. And each day is a learning. I don't look at life through my eyes. I only look at life through my son's eyes…Earlier, when he was like seven or eight months, I would be like, 'No no, I am going to be really chilled out and very relaxed,' but it is like I can't. I am obsessed. I just can't…I can't help it. But I am sure all mothers are." Kareena had once talked about how her husband, Saif, had helped her in taking care of Taimur while she was away from home for her work commitments in an interview with the Filmfare. She had said, "I had support from my family. I had a lot of help. I had support from my sister (Karisma Kapoor) and of course most importantly, Saif. He comes from a family where his mother was working, his sister is working. It was easy for him to understand that I would take Taimur with me if I had to for a shoot. Absolutely 100 marks to Anil Kapoor and Rhea for being such fantastic producers. Taimur was so well looked after. I'll always consider them as family. I couldn't have asked for a better film to do after Taimur. And Taimur, of course, settled so beautifully in Delhi while I shot. He's a happy trooper. Touchwood!" (Don't Miss: Ibrahim Ali Khan Reacts To His 'Abba', Saif Ali Khan Entering Fatherhood For The Fourth Time) 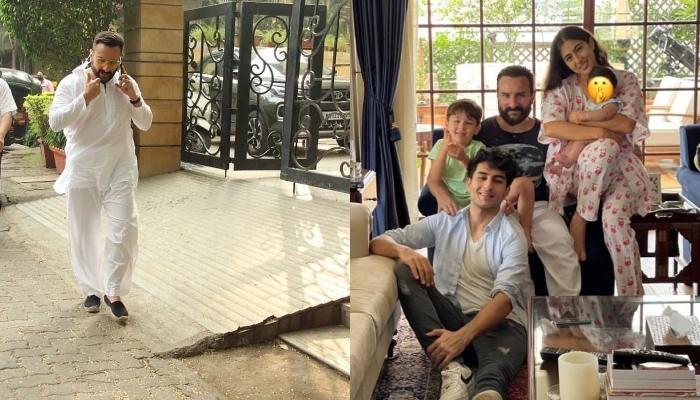