Kareena Kapoor And Saif's Second Baby's Nursery Is A Blend Of Aesthetics And Vintage, Details Inside

Kareena Kapoor And Saif's Second Baby's Nursery Is A Blend Of Aesthetics And Vintage, Details Inside

Kareena Kapoor Khan and Saif Ali Khan had embraced parenthood for the second time on February 21, 2021. Ever since then, the paparazzi and the media are going bonkers over one glance of the Kapoor-Pataudi clan's youngest prince. But, it seems that the second time parents, Saif and Kareena are in no mood to introduce their second baby to the world anytime soon.

Recommended Read: Mira Rajput Kapoor Has A Quirky Way Of Letting Shahid Kapoor Know When She's Mad At Him

Kareena Kapoor Khan and Saif Ali Khan have not even revealed their baby boy's name to the world, let alone sharing his first full picture. It was on the occasion of Women's Day, 2021, when Kareena had given a sneak-peek of her newborn on her IG handle. Although, his face was not visible in the picture, Kareena had captioned her post as "There’s nothing women can’t do. Happy Women’s Day my loves. #InternationalWomensDay." Legendary actor, late Hrishikesh Mukherjee's granddaughter and supermodel-turned-interior designer, Tapur Chatterjee has designed Kareena Kapoor Khan and Saif Ali Khan's second baby's nursery. According to the Hindustan Times' reports, Tapur had just delivered her baby, when Saif and Kareena had approached her for designing the nursery, and she had gleefully taken up the work. In an interaction with Pinkvilla, Tapur revealed, "When she called, I had just delivered, and I didn't know about her date as well. But when she mentioned it to me, I agreed to take it up." Tapur further talked about how she has designed a few nurseries for friends before and described the details of Kareena's newborn's nursery. She said, "I have done quite a few of them in the past just for the sheer love of it. Bebo and I have a fair amount of common friends, through which we know of each other. Just like Taimur, her second baby also has a nursery of his own. It’s a lovely room with wooden flooring and louvered off white wardrobe to match the aesthetics. I have even kept Saif’s royal background in mind, and have opted for a beautiful pastel grey European wallpaper for the room. The wallpaper has Panthers and Cheetahs on it." She explained what colours she used while designing the nursery, described how she used off-white curtains, two olive green velvet wing chairs and a footstool for the room, and a fair amount of wood for the handcrafted drawers and the changing table. She also told that there is a collage on one of the walls and the room has a vintage touch.

Also Read: Anushka Sharma Is Back To Work Within 3 Months Of Delivering Her Baby Girl, Vamika 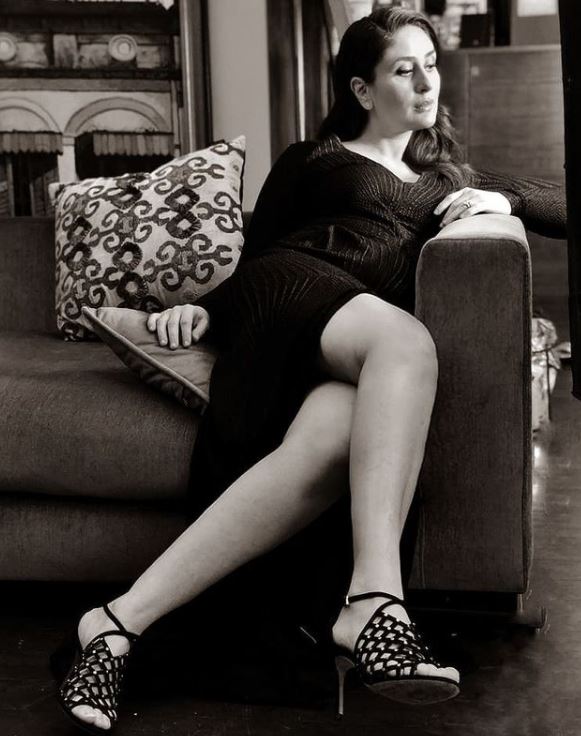 The former supermodel described that Kareena's entire house is a beautiful blend of Indian and British old-world charm. She stated that she felt connected to it as she has grown up in Kolkata and can relate to that setup. For the uninitiated, Tapur had designed the nursery of Kunal Kemmu and Soha Ali Khan’s daughter, Inaaya Naumi Kemmu in 2018. Not only this, Tapur had even worked on designing Taimur’s room. 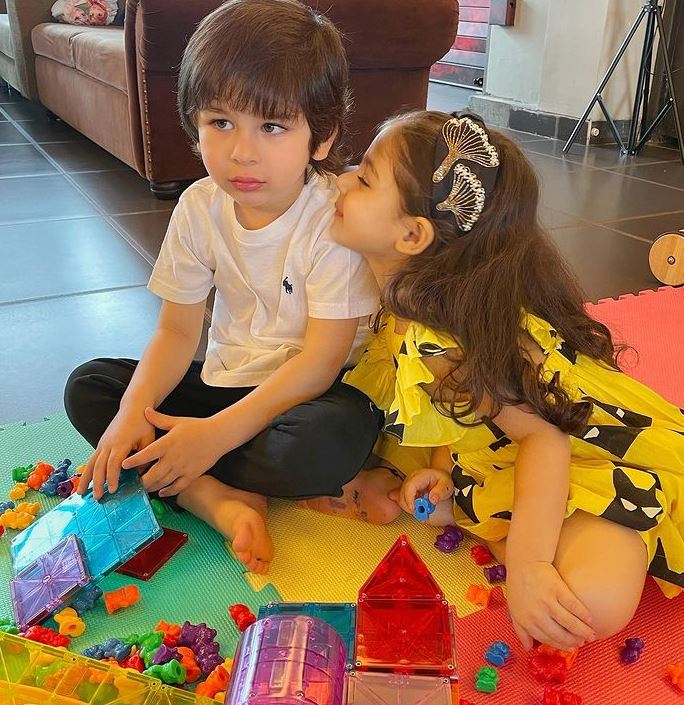 When Kareena's second baby had turned one-month-old on March 21, 2021, Saif Ali Khan's sister, Saba Ali Khan had shared the first-ever picture of Saif holding his son in his arms. However, she had deleted the picture later and had posted another picture, which was a collage of Kareena holding her newborn son, and her elder son, Taimur. Posting the picture, bua, Saba had expressed her glee on Saif and Kareena's little one's milestone.

Don't Miss: Dimpy Ganguly Takes Her Daughter, Reanna Roy Out On A Spa Date, Shares A Picture Of Her Manicure 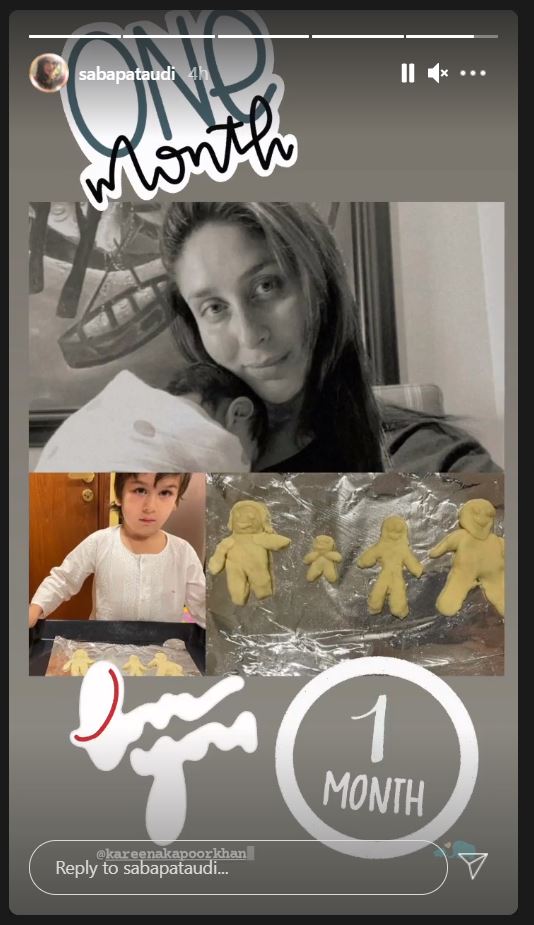 We're eagerly waiting for a glimpse of Saif and Kareena's second baby!