Kareena Kapoor (now Kapoor-Khan) had talked about her then-beau, Shahid Kapoor in a throwback interview and had revealed the most important thing she had done for him. 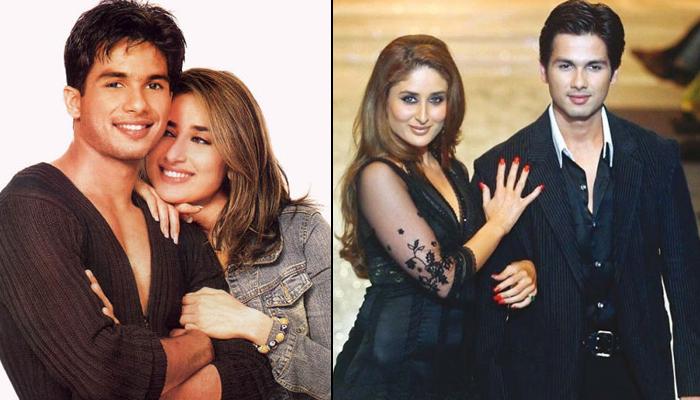 Shahid Kapoor and Kareena Kapoor came together on Koffee With Karan season 2 and spoke candidly about their relationship for the first time. Their relationship looked like an ideal one and in a compatibility test done on the show, Shahid and Kareena had scored 10/10. Shahid and Kareena’s eyes reflected the innocence of two people who understood each other very well and were madly-in-love, that made us believe in a fairy tale.

In a throwback interview with Cosmopolitan, Kareena Kapoor (now Kapoor-Khan) had talked about her then-beau, Shahid Kapoor. When asked, “What is the most important thing you have ever done for Shahid Kapoor?”, Bebo had replied, “(laughs) Nothing. Our relationship is not like that, it's too early. It's too soon for the romance part to start. At the rate we're both shooting, there is no time to look deeply into each other's eyes and be lovestruck. We are more like friends (giggles) okay, a little more than friends...”

When probed how do they spend time with each other, Kareena Kapoor had stated, “We do the stuff any other young couple does, eating out, watching movies...I really enjoy watching movies. When we get a chance, we go to Fame Ad Labs to see films, we sneak in when it's dark, after the movie has started. It's lovely. It's so relaxing. That's what I enjoy most about being with Shahid. I get to be normal and do normal things.” Revealing her irrational fear, Bebo shared, “Speed and heights. I never sat on Shahid's bike and now he's sold it. His mom made him give it up.”

Kareena Kapoor had also elaborated on what would she look for in a guy she wants to date, “Those elusive qualities that no man has—loyalty and fidelity. You can try and convince me otherwise, but it won't work. I know it, all men are like that. You just have to accept the fact. You;'d be kidding yourself if you don't believe this. Looks are important, but he also has to have a good voice, nice eyes and a sensitive heart, of course. He should also be very romantic, because I'm a really romantic girl.”

In a throwback video which seems to be of an award function, Shahid Kapoor asked his then-muse, Kareena Kapoor, “Mujhse Shaadi Karogi?”, to which the latter happily agreed and said, “Tujhse Shaadi Karungi…” To be more specific, Kareena was performing on-stage with Salman Khan and John Abraham and the duo can be seen wooing Bebo on the song, Mujhse Shaadi Karogi. But then, Shahid entered and whisked his ladylove away! Ahh, nostalgia!! Here’s the video:

Kareena Kapoor and Shahid Kapoor had ended their relationship during the shoot of Jab We Met, and sometime back, Tarun Raj Arora (the guy who played Anshuman in the film), spilt some beans on Shahid and Kareena’s relationship and breakup. A Hindustan Times report quoted Tarun as saying, “The tough time in their relationship did not affect the shooting, but I could see that things were a bit weird. When you have a couple on set, you expect them to be a little lovey-dovey and happy. There was an air of discomfort. However, I thought that they are serious actors and didn't let their personal equation affect their work. They did not even joke with each other.”

But now, Shahid Kapoor-Mira Rajput Kapoor and Kareena Kapoor Khan-Saif Ali Khan are in a happy space, personally as well as professionally, and we can't be more happy about them!