The demise of late Raj Kapoor sahab's youngest son, Rajiv Kapoor had shocked the entire Kapoor clan. The younger brother of late Rishi Kapoor and Randhir Kapoor and was best known for his performance in the film, Ram Teri Ganga Maili. The 58-year-old actor had suffered a major heart attack on February 9, 2021, and was rushed to the Inlaks Hospital, where he was declared brought dead. Neetu Kapoor had taken to her IG handle and had announced the untimely demise of Rajiv Kapoor. She had shared a picture of him and had written "RIP" in the caption. (Recommended Read: Bigg Boss 14: Rahul Vaidya's Sister Reacts To His Wedding With Disha Parmar, Says, 'Baarat' Is Ready)

After some hours, late Raj Kapoor sahab's grandson, Armaan Jain's doting wife, Anissa Malhotra had taken to her IG handle and had shared a monochrome picture of him with her husband. In the monochrome picture, Armaan was seen giving a peck to their 'Chimpu mama'. Along with the picture, Anissa had written a heart-melting caption, and it could be read as "The brightest star. Keep shining wherever you are! Hope we could give you half as much the love as you gave us. Love you Chimpu Mama." 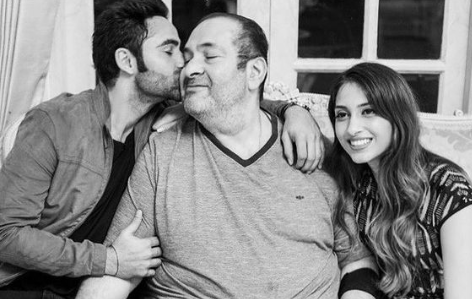 After Rajiv Kapoor's demise, yet another shocking news has turned the Kapoor clan's world upside down as Raj Kapoor's grandson, Armaan Jain has been summoned by ED (Enforcement Directorate) in order to investigate his connection with a money laundering case. According to multiple reports in The Times Of India, ED raided Armaan's South Mumbai house on Peddar Road on Tuesday morning but had wrapped their search quite early than expected after getting informed about Rajiv Kapoor's demise. There are reports that ED is going to investigate Armaan's involvement and connections with Shiv Sena MLA, Pratap Sarnaik. Also, it has been reported by ANI in their tweet that Armaan didn't appear before the agency today. Take a look: (Don't Miss: Priyanka Chopra Reveals That She Had Once Hid Her Boyfriend In Closet, Husband, Nick Jonas Reacts)

According to reports, Kareena Kapoor Khan's cousin, Armaan Jain is reportedly in close connection with Pratap Sarnaik's son, Vehang, who is also getting investigated by the officials in the money laundering case. In a Times Of India report, some sources had claimed that there were some conversations between Armaan and Pratap regarding certain business transactions and financial aspects. So far, in the case, the officials had arrested Amit Chadole, M Sasidharan, and now all the focus is on Armaan and Vehang's possible connection with the whole case. 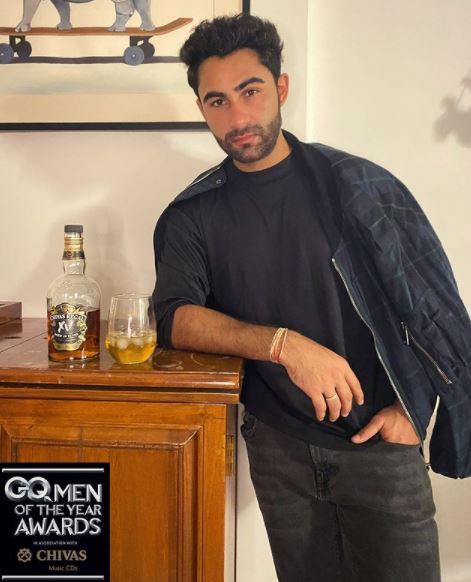 Talking about Armaan Jain's personal life, on February 3, 2021, Armaan Jain had celebrated his first wedding anniversary. The actor had taken to his Instagram handle and had shared a heart-melting video from his wedding in which he could be seen dancing with his wife, Anissa. Along with the mesmerising video, Armaan had penned a note for Anissa, and it could be read as "Happy 1st Anniversary jaan! This has been the perfect year with the perfect woman! Here's to growing, loving and laughing together." The doting wifey, Anissa had also shared the same video on her IG handle and had written, "One year ago I married my best friend. Armaan, you surprise me every day with your warmth, your thoughtfulness and your insanely kind heart! Keep wondering how I got so lucky! Grateful for you, for your energy and most importantly for your love Happy 1st anniversary to my whole heart!" (Also Read: Shilpa Shetty Kundra And Raj Kundra Buy A Luxury Car And Its Price Can Get You A Property In Mumbai)

We will have to wait and see ED's official statement about Armaan! 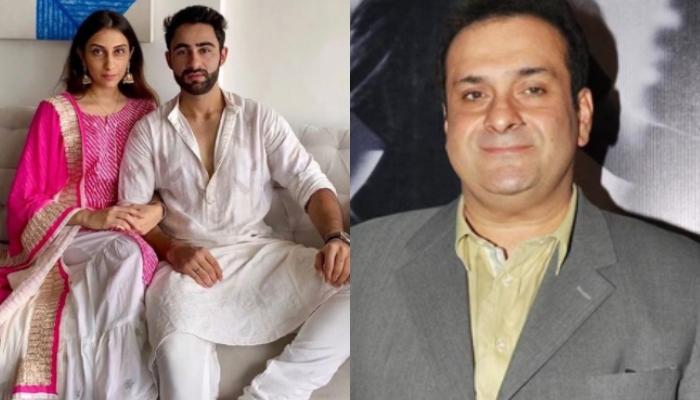 Death is inevitable and one of the biggest truths of life. While we live in a materialistic world, enjoying every moment of the beautiful life we have been blessed with. Death teaches us that nothing in this world is permanent. After losing someone close to us, we realize how precious