On the occasion of Babita's 74th birthday, Kareena Kapoor Khan posted two throwback pictures of her mother and in her wish, she promised to trouble her forever.

Born to the actor, Hari Shivdasani and British-Christian, Barbara Shivdasani, Babita Hari Shivdasani, who is simply known as Babita, made her debut in 1966 with the film, Dus Lakh. When the blue-eyed boy of the Kapoor khandaan, Randhir Kapoor fell in love with the pretty diva of Bollywood, Babita, the couple had kept their relationship a Raaz from the media as well as their families. When Babita became anxious about their secret relationship, she had asked Randhir to either marry her or dump her because as per the Kapoor family's tradition, he wasn’t allowed to marry an actress. But Randhir chose the filmiest way to introduce Babita to his grandfather, Prithviraj Kapoor and his father, Raj Kapoor and finally in 1971, the couple had tied the knot. Babita's immensely successful career was cut short because she had to quit acting after her wedding with Randhir, as per Raj Kapoor's wish.

Back in the late '60s, when Randhir Kapoor had fallen for Babita, little did they know that it would mark the beginning of a topsy-turvy relationship. Randhir and Babita were blessed with their daughter, Karisma Kapoor in 1974 and their marital life would have been a cakewalk had his career not taken a dip in 1980. Randhir's casualness towards his professional life and when he started spending more time drinking and merrymaking, had worried Babita. Randhir and Babita welcomed their second child, Kareena Kapoor in 1981 and by 1987, she had decided to separate as things went beyond her control. Randhir and Babita never got divorced and she raised her daughters as a single mother. Karisma and Kareena never leave a chance to praise their mother for the sacrifices she has done for their betterment and today, Babita and Randhir share a cordial relationship. On the occasion of Babita's 74th birthday, Kareena Kapoor Khan posted two throwback pictures of her mother. The first picture was a throwback one from Kareena and Saif Ali Khan's Fortune Heights residence, in which Bebo had posed with her sister, Karisma Kapoor and Babita. The second picture was a rare throwback one from Babita's acting days and the black-and-white photo has left us in awe of her beauty. Promising to trouble her mother forever, Kareena wrote, "Happy Birthday to our strength, our world...my mother. Lolo and I will ofcourse trouble you forever, that’s what mothers are for." Karisma Kapoor posted a video, comprising of cherishable memories with Babita and captioned it as "Happy birthday to our mama. We love you more than any words can describe. Keep rocking!" 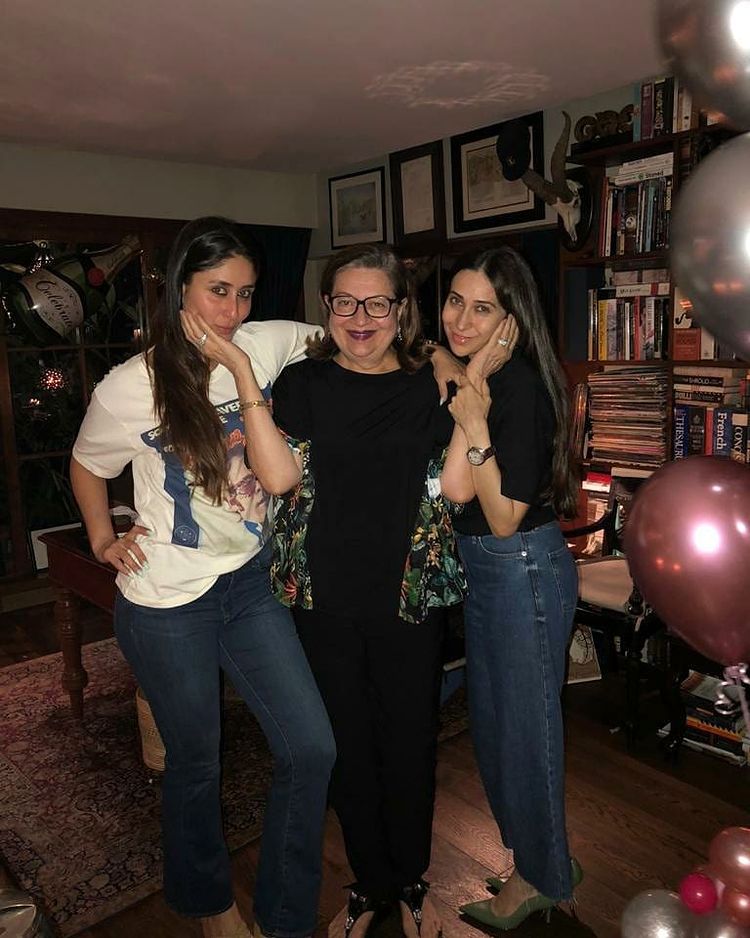 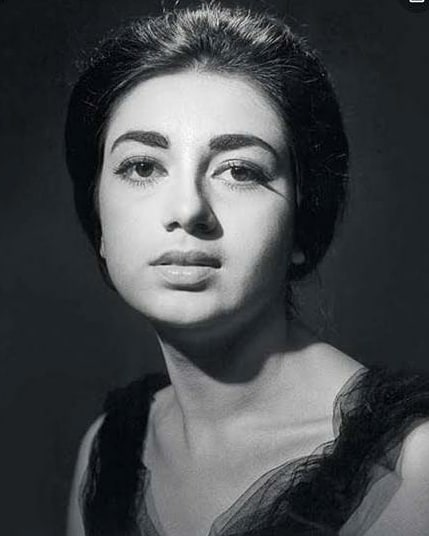 When Babita had turned 73, Karisma Kapoor and Kareena Kapoor Khan had posted throwback pictures from their archives. Making the day super special for Babita, Bebo had posted an unseen picture of her parents, Randhir Kapoor and Babita. To wish her 'Queen', Kareena had written, "Happy Birthday Queen" followed by heart emoticons. In the picture, Randhir and Babita held each other's hands and it reminded us of their Kal Aaj Aur Kal days. Karisma had posted a throwback picture with Babita and Kareena from one of their vacations and captioned it as "Happy birthday mom. We are missing spending ur birthday with you..." 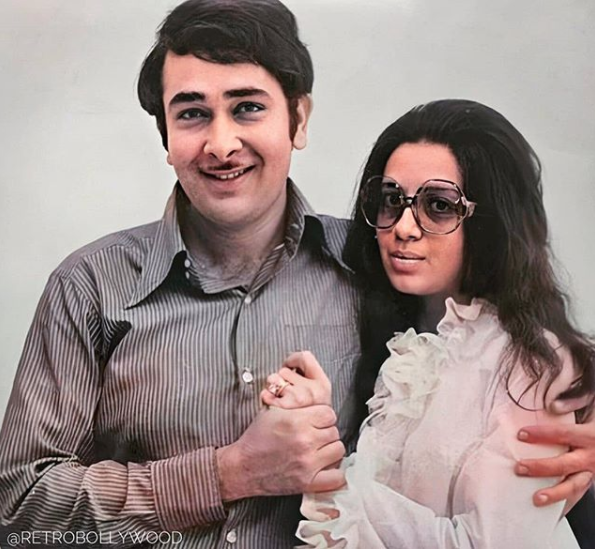 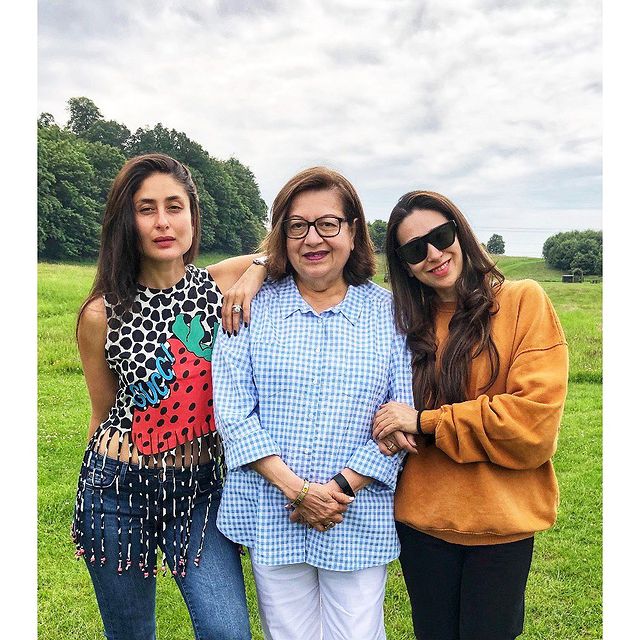 In a throwback interview with the Hindustan Times, Randhir Kapoor had revealed why he hasn’t divorced Babita. He was quoted as saying, "Divorce for what? Why should we head for divorce? I don’t intend to get married again, and nor does she. She found that I was a terrible man who drank a lot and came home late, which was something she didn’t like. And I didn’t want to live the way she wanted, and she couldn’t accept me as I am, though it was a love marriage. So, it’s okay. We had two lovely children to look after. She brought them up in the best way and they have excelled in their career. What else I could have asked for as a father?" Speaking about Randhir Kapoor and Babita's value in her life and how she and her sister, Karisma Kapoor understood their parent's relationship at a very early age, Kareena Kapoor Khan said in an interview with Global Townhall 2020 by We the Women, "My mother is my best friend but I adore my father because I respect and love him a lot. He is not very in-your-face because he is someone who has always chosen to be at the back. He is not someone who is commanding the attention and wants that. He is silently always there for us and I know it. My parents have a lovely relationship because sometimes, two people realise that their lives aren’t exactly going the way they planned, so it’s better that they don’t stay together but they can still be friends and sometimes, take decisions about the kids. It’s not necessary that they have to be staying under the same roof or being there 24*7 together. I think both Karisma and I understood that at a very early age, that this kind of relationship can exist as well. It has existed for almost 35 years with my parents and I see that in times when they need to come together, they are always together, but they prefer to have their day-to-day lives separately, which is wonderful" 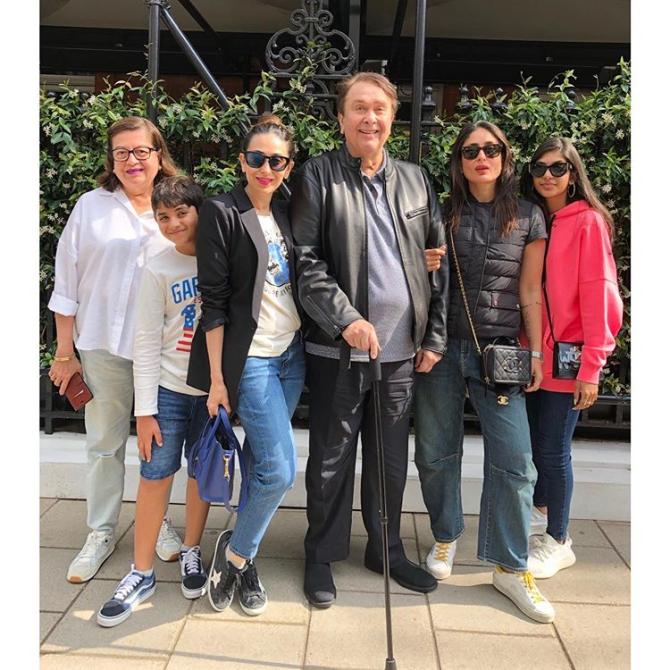