Kareena Kapoor Khan was spotted in the city for a commercial shoot, wearing a linen outfit and it costs a little less than Rs 10,000.

Kareena Kapoor Khan and fashion look like synonymous terms. Wherever there is Kareena, we can expect some fashion goals, even if she is in her night suit. From her high-end traditional outfits to her plain chikankari suits, from her statement bags worth lakhs to her OTT outfits, Kareena and fashion go hand-in-hand. Her latest outfit for a commercial shoot speaks volumes about her boss lady avatar, however, it costs less than Rs 10,000.

Kareena Kapoor Khan is a mother of two, however, she has still maintained her ‘Poo’ vibes! It was in 2012 when Kareena had added 'Khan' to her name after her nikaah with Saif Ali Khan. Four years later, in December 2016, they had welcomed their first child, Taimur Ali Khan. After more than four years, in 2021, Taimur became an elder brother when Kareena and Saif had welcomed their second child, Jeh, into their lives. 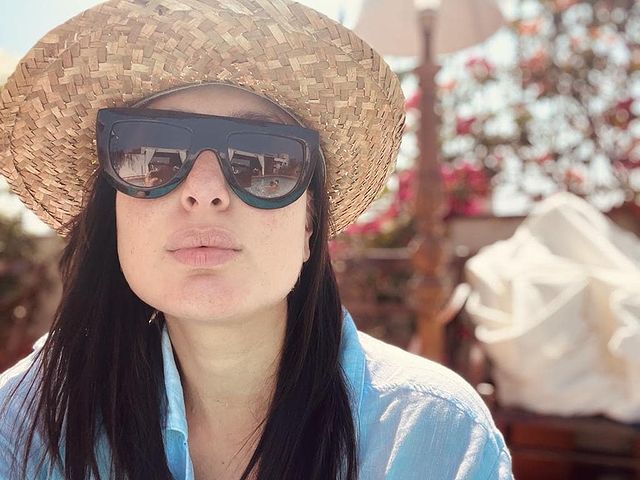 Coming back to Kareena Kapoor Khan and her fashion game, a few hours back, the actress was spotted at Taj Lands Mumbai for a commercial shoot and looked drop-dead gorgeous in a red pantsuit. Kareena opted for a red loose blazer and teamed it with a tank top, layered chains and matching wide-legged trousers. She kept her makeup glossy with her perfectly straight hair. Kareena also shared two selfies from her shoot on her IG stories. 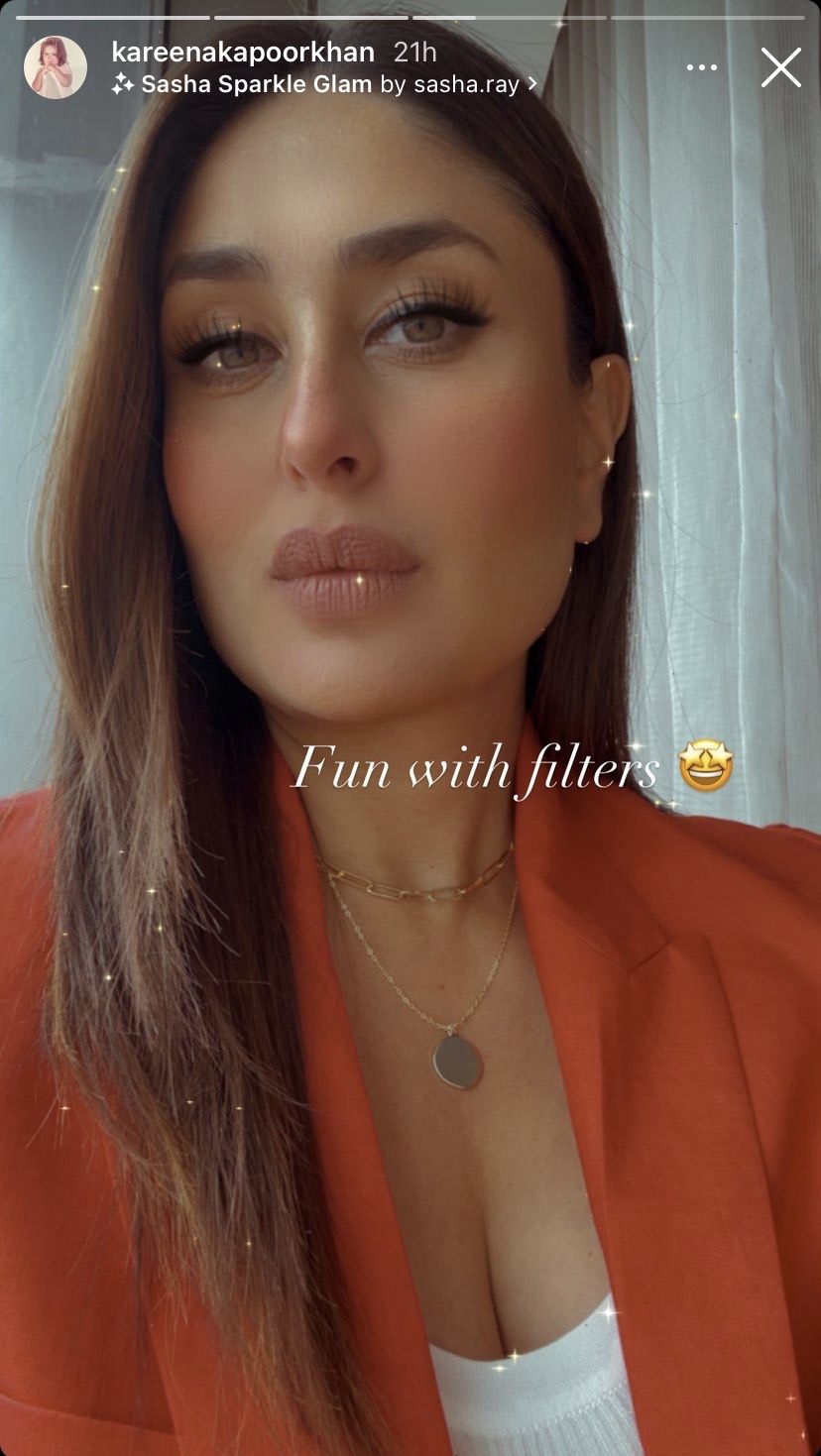 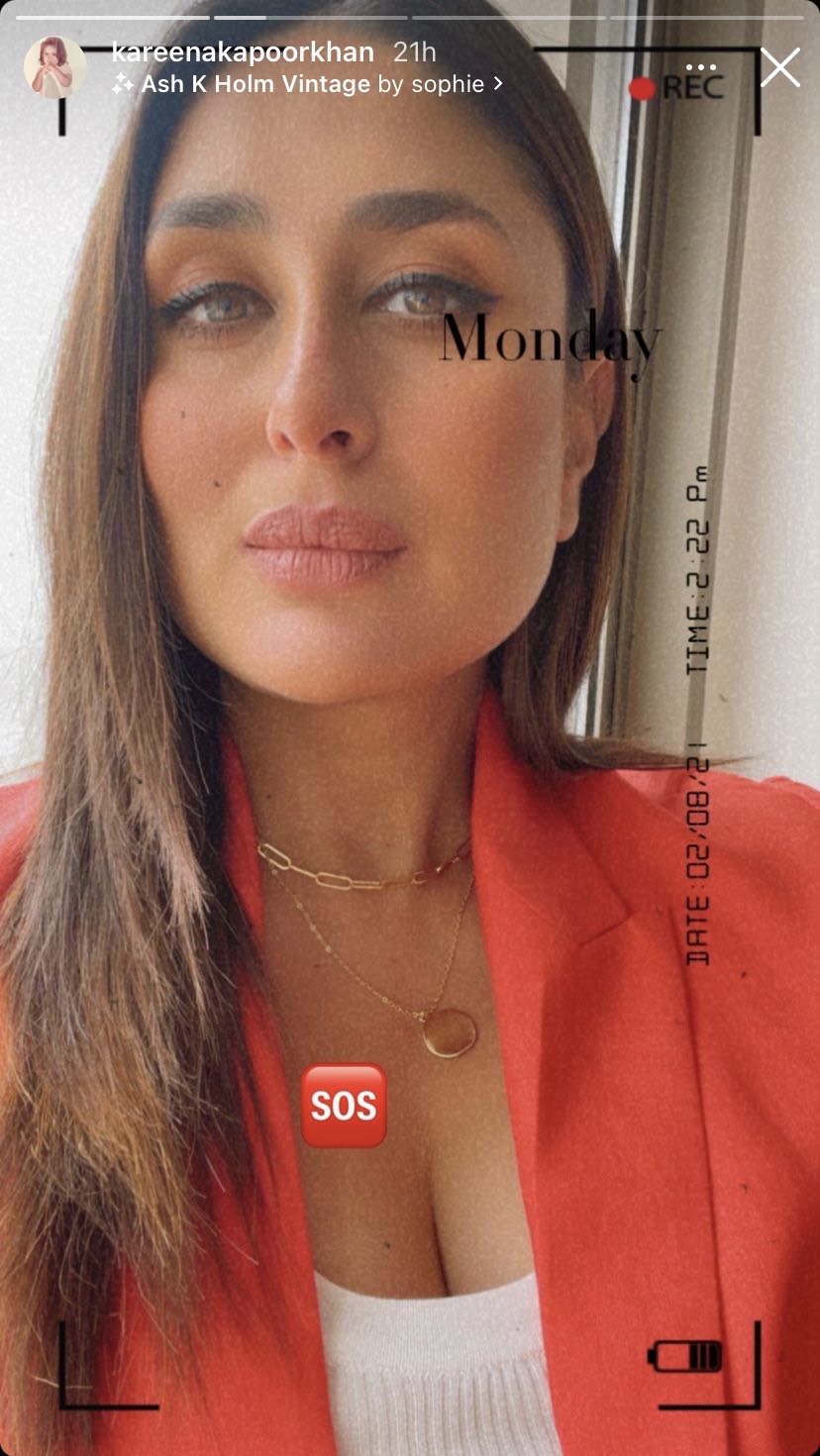 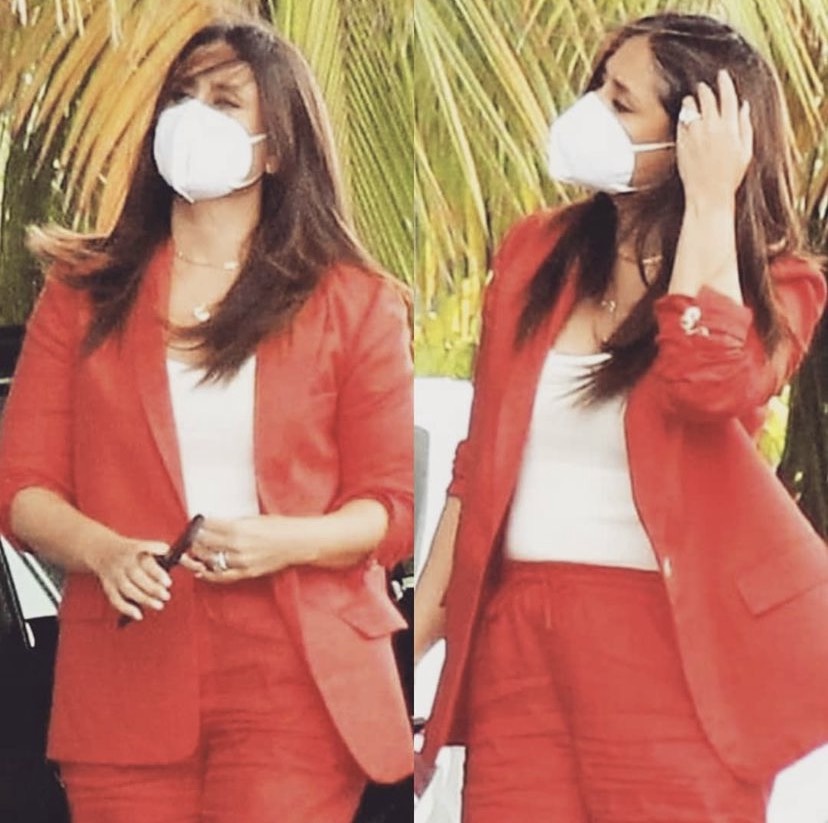 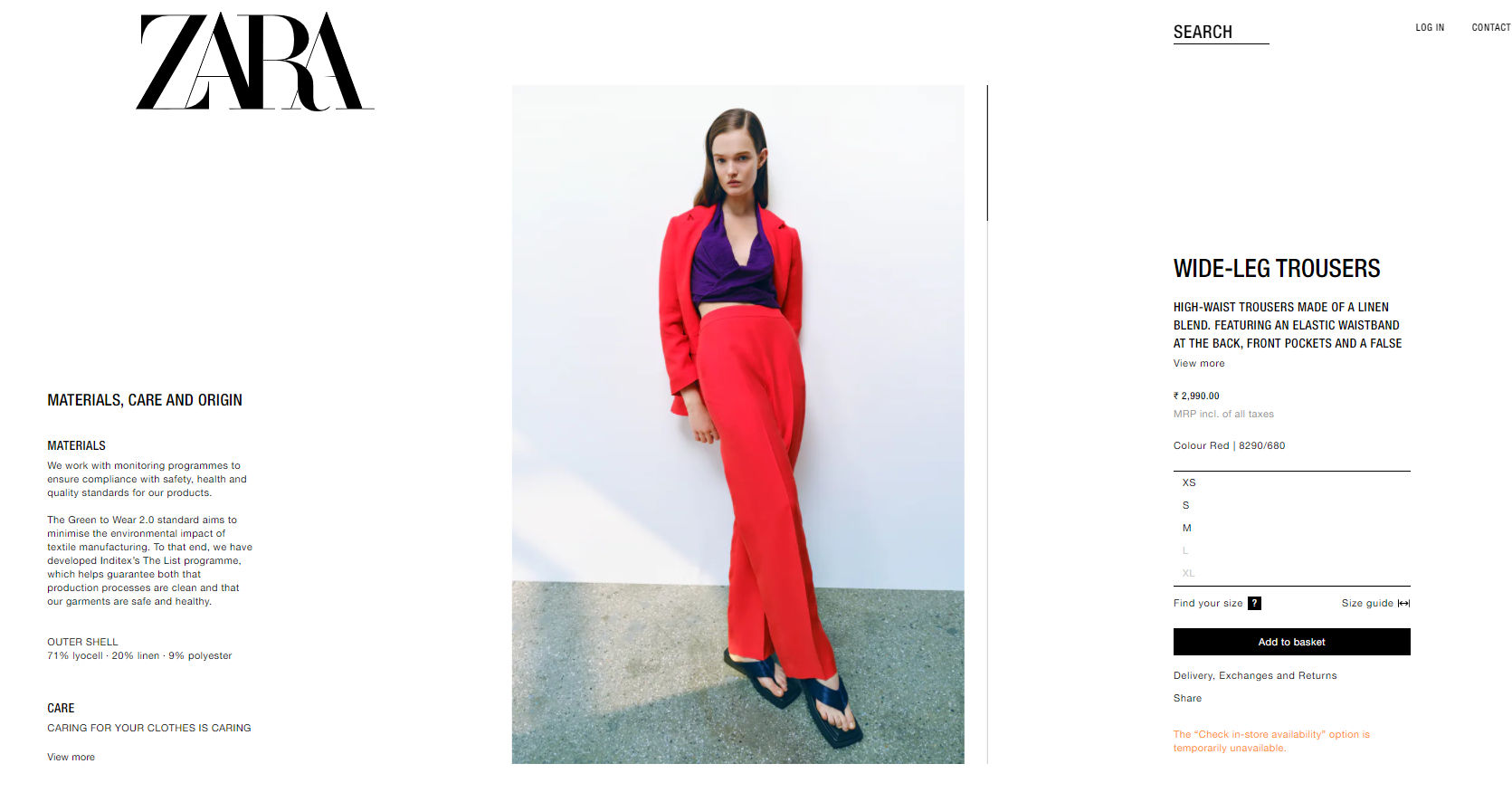 A few days back, the Kapoor siblings, Kareena Kapoor Khan and Karisma Kapoor had collaborated on a ‘special’ project. On July 22, 2021, Lolo had shared a picture on her IG handle from the same secretive project. In the photo, the Kapoor sisters were laughing their hearts out, looking glamorous. While Bebo had dazzled in a sizzling red dress, Lolo had opted for black pants with a green top. Karisma had written, "Always special shooting with bebo. Something exciting coming soon." 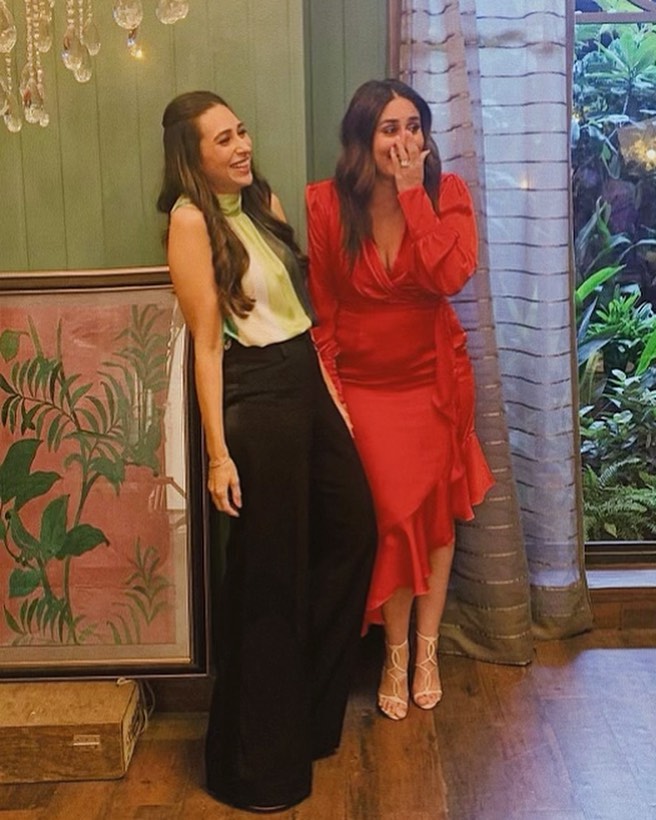 Talking about Kareena Kapoor Khan’s sizzling dress, the mommy of two had opted for a coral coloured satin wrap dress for the shoot. She had completed her look with white heels and wavy tresses. A lot of bronzer, glossy lips and mascara were used for her makeup. A fan page, Know their fashion, had shared a picture of Kareena’s dress, revealing that the dress is from the brand, Zimmermann and costs Rs 50,558. From the same shoot, Kareena had shared a picture on her IG handle, posing with her sister, Karisma and filmmaker, Punit Malhotra. Atop the picture, Kareena had written, "Sir you the best." Bebo had looked stunning in an orange off-shoulder top, which she had paired with black flared pants. She had accentuated her look with gold hoops and a neatly tied ponytail. The price of her orange-coloured top had left people stunned. The "Zayla off-shoulder top" from Jonathan Simkhai was originally priced at $510 (Rs 38,639.55). It is currently available for $419 (30,896.75), with a 20 per cent discount. Next Read: Price Of Urvashi Rautela's Jewellery Collection Almost Equals To The Cost Of An Audi Q2 [See Video]