If there is one family in Bollywood who has seen stardom more than anyone else, it’s the Pataudi family. Mansoor Ali Khan Pataudi was a former Indian cricket player often described as ‘one of the greatest captains’ that Indian cricket has seen. His wife, Sharmila Tagore is a veteran Bollywood actress and in her glory days, in the 1970s, she was one of the highest paid actresses of her time. Their son, Saif Ali Khan needs no introduction, right? (Also Read: Imran Khan And Wife Avantika Malik Have Called Off Their Marriage? The Reason Is Unbelievable)

Saif Ali Khan got married to the Bebo of Bollywood in the year 2012, and 4 years later, on December 20, 2016, they were blessed with the greatest social media sensation- Taimur Ali Khan. Just like the Pataudis, even Kareena and their son, Taimur, are superstars in their own ways and rightfully so. Every little update, picture or video of Saifeena (as Saif and Kareena are adorably called together by their fans) and their cotton ball, little Tim, makes even our Mondays ecstatic. 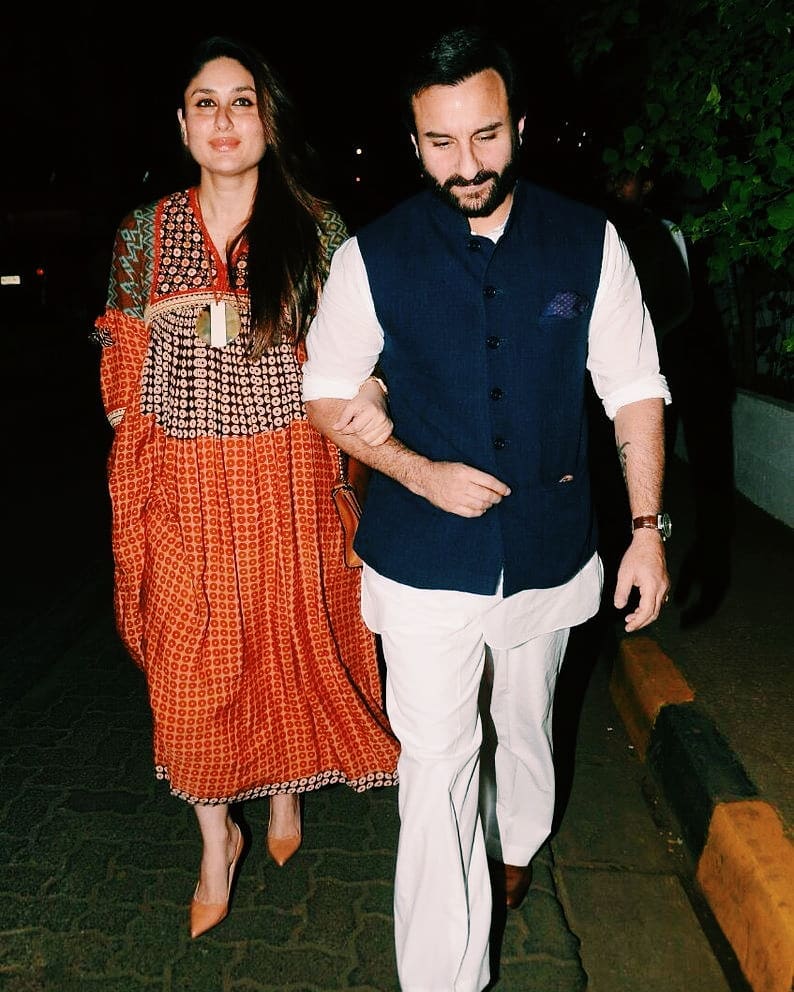 Kareena Kapoor Khan and Saif Ali Khan’s latest pictures on social media are going viral. In the pictures, Saifeena is rocking their casual look. While Kareena donned a casual half-sleeve top with denim, Saif opted for a pink tee and a red cap. What’s most adorable about the pictures is how Kareena Kapoor Khan is playing with Saif Ali Khan’s moustache and tidying up his handlebars. It must be noted here that the pictures were clicked at nutritionist Rujuta Diwekar's event in Mumbai yesterday, on May 20, 2019. And Saif Ali Khan’s latest looks are part of his grooming for his upcoming film, Tanhaji. Take a look at Saifeena’s PDA: 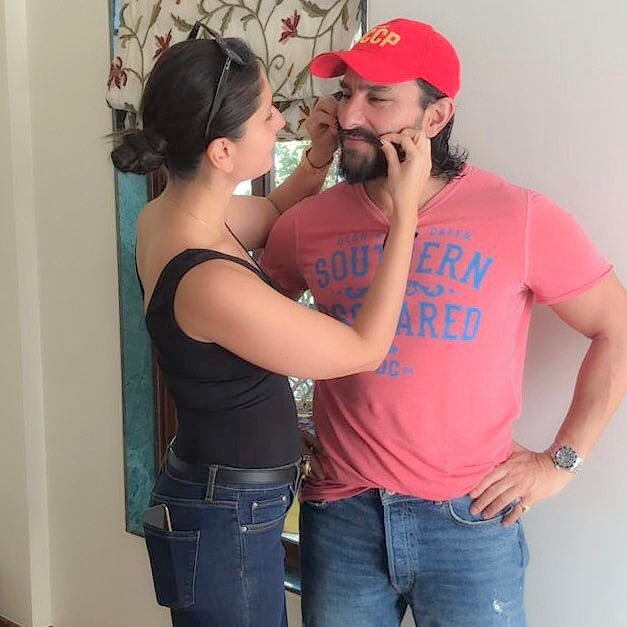 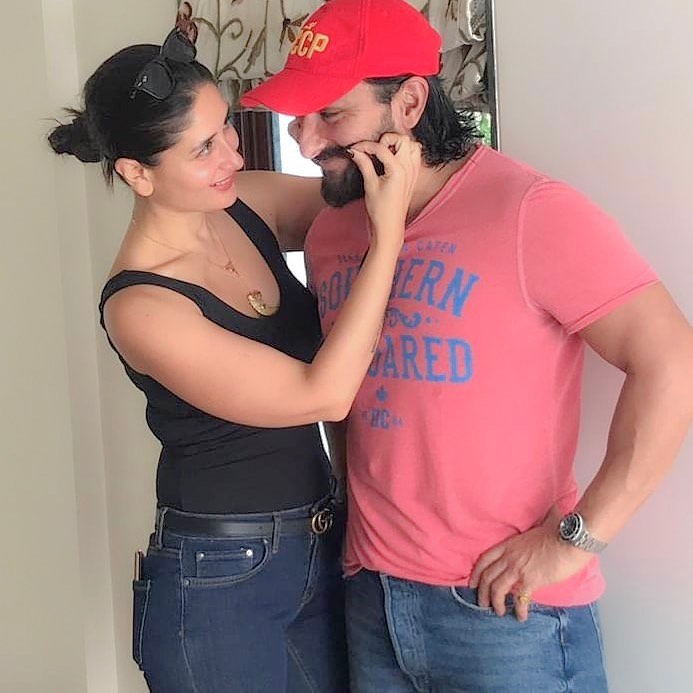 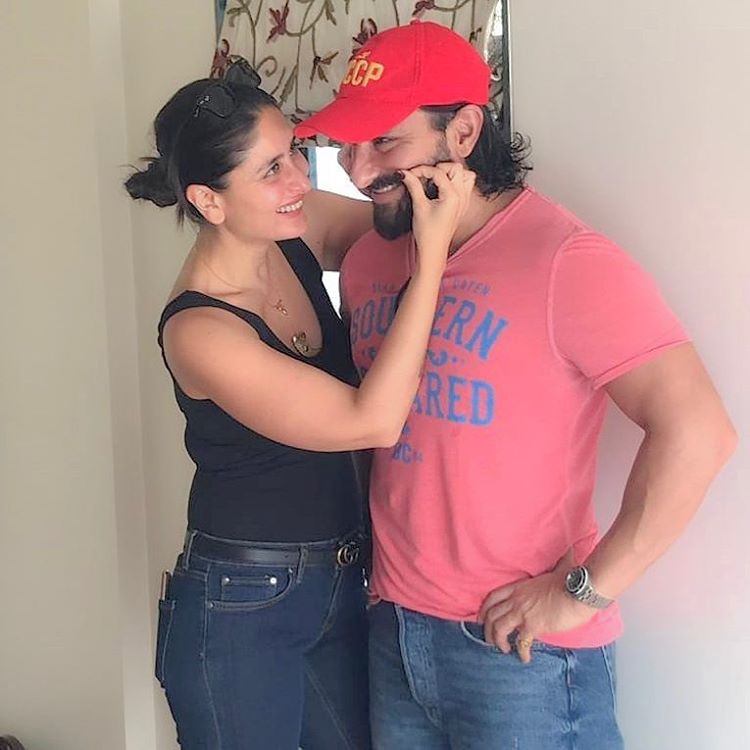 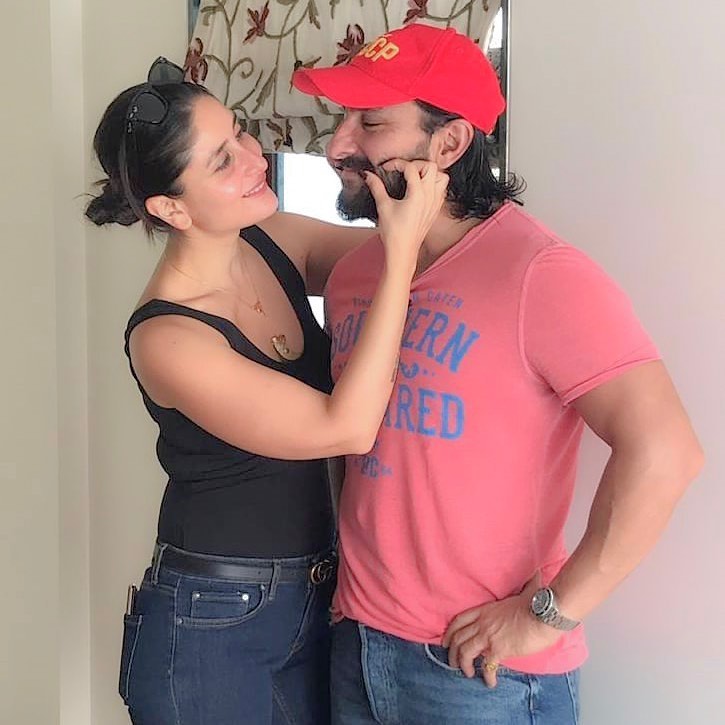 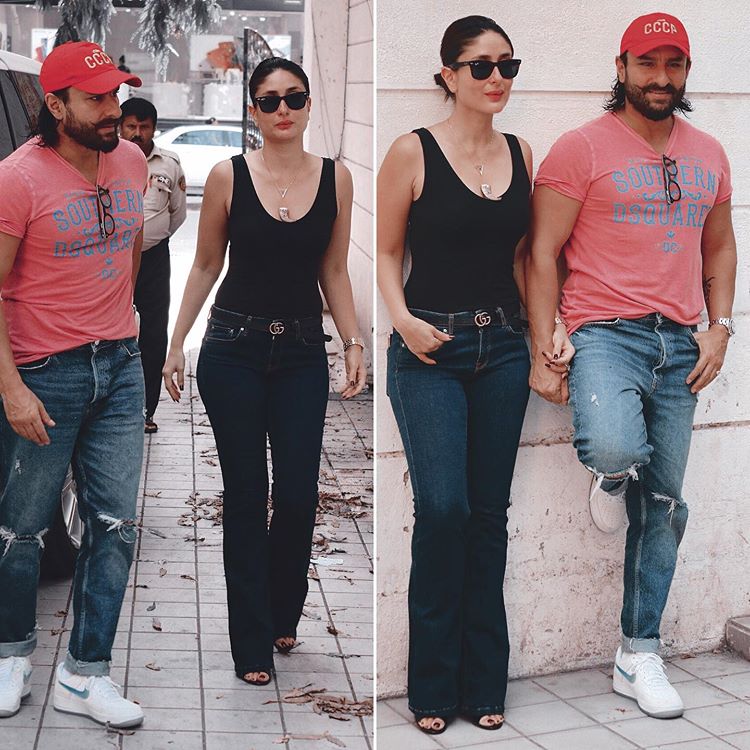 Saif Ali Khan and Kareena Kapoor Khan started dating each other in the year 2008 on the sets of the film, Tashan. 4 years later, in 2012, they got married, as mentioned earlier. Paparazzi and shutterbugs love this couple and wherever this awesome twosome goes, they follow. Recently, Saif and Kareena were snapped exiting a hospital and soon speculations flooded in that Kareena was expecting her second baby. (Don't Miss: Raj Kundra Thanks Shilpa Shetty For Making Him A Proud Father, Wishes Son Viaan On His Birthday)

Kareena and Saif, have time and again, said in interviews, how they support each other. In an interview, the Sacred Games star had mentioned that their marriage has brought stability in their lives. He was quoted as saying, “When two actors are in a relationship, no matter what the intention is, there is a great deal of uncertainty. Our wedding resolved that. For me, it is very important to feel calm about the person I am with, and not distracted or worried. If one is happy at home, it shows on one’s face, and in one’s work. Kareena has made me feel secure about our relationship, so I am happy being with her.” 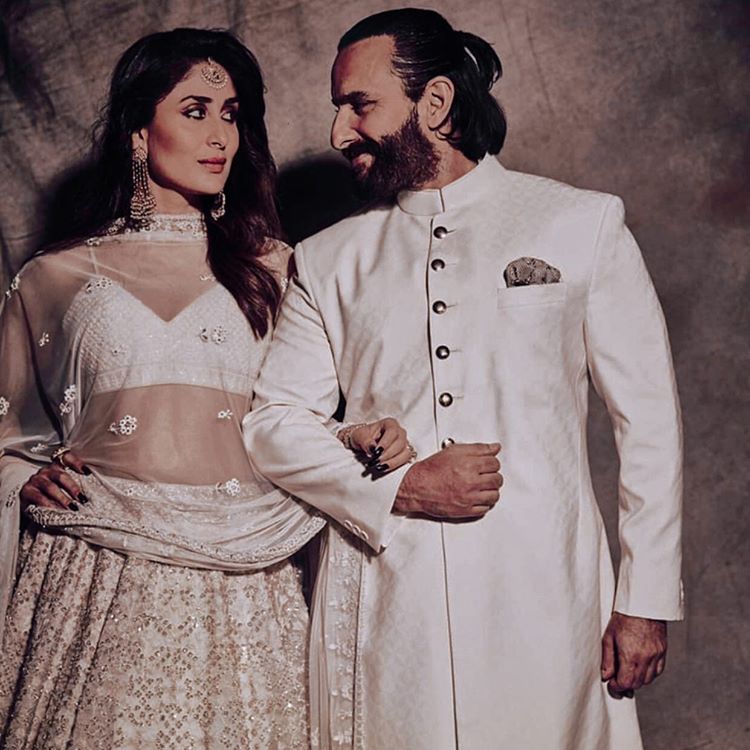 Further adding as to how Kareena inspires him, Saif had retorted, “She has been a good influence on me and inspires me to get things right—whether it’s being disciplined about fitness and food, or how much to the party. We share a healthy equation of likes and dislikes.” 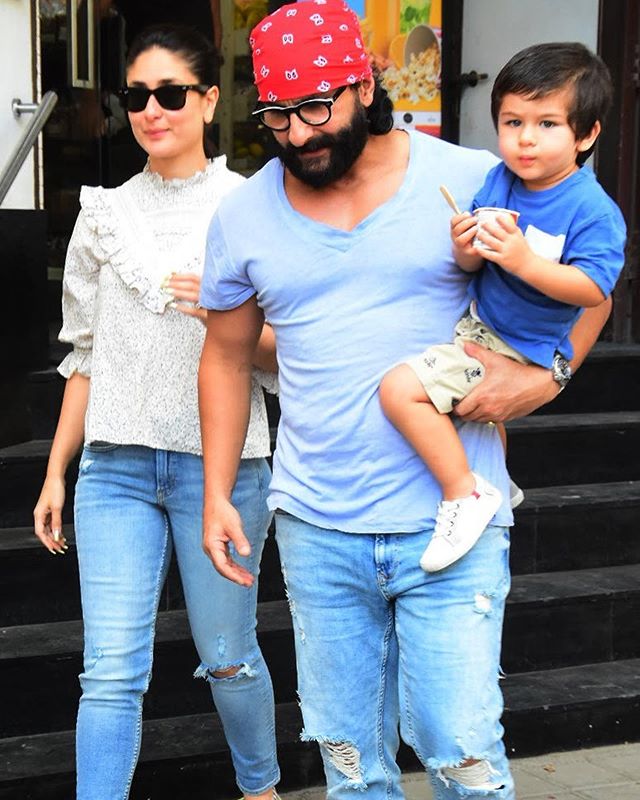 Kareena Kapoor Khan as well has always been vocal about her love and respect for hubby, Saif Ali Khan. She was once quoted as saying, “He’s 10 years older than me & has 2 kids. But for me, he was just Saif–he helped me heal & love myself. Maybe it was the fact that we’re so different–he’s more private & not ‘Bollywoodised’, but I imbibed that from him. I learnt to balance things & not let them get to me. We'd been dating for a while when he said he’s not 25 and can't keep dropping me home every night. So he told my mom, ‘I want to spend the rest of my life with her. We want to live together.' My mom was cool with it. It’s so easy with him. Even when we decided to get married, it felt right.” 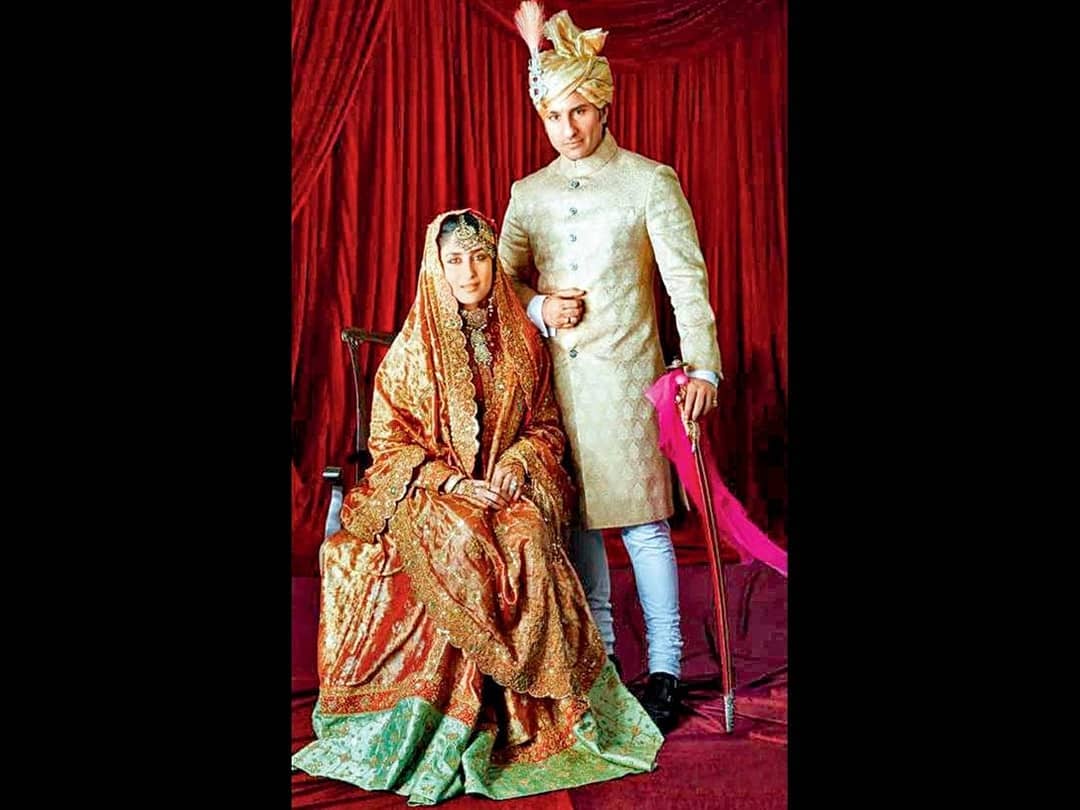 Saif Ali Khan, in an interview, had shared the qualities of Bebo which he really admires. The Nawab of Pataudi had shared, “There are obvious things like loyalty...giving importance to family, being grounded and not being too carried away with all the work that we can get carried away by. Having your priorities straight - time for family, time for friends, that is the most important. Along with work being important as well but not obsessing to the point of cut-throat decisions and doing everything for that and then ending up only having that (laughs). As a wife, not being very pushy and demanding. Being very easy going about a lot of things. You've got to be easy to live with if you want someone to live with you happily. She's very easy to live with.” (Suggested Read: Priya Sachdev Kapur And Sunjay Kapur's Baby Boy, Azarias Turns 5-Month-Old, Sets His Goals High) 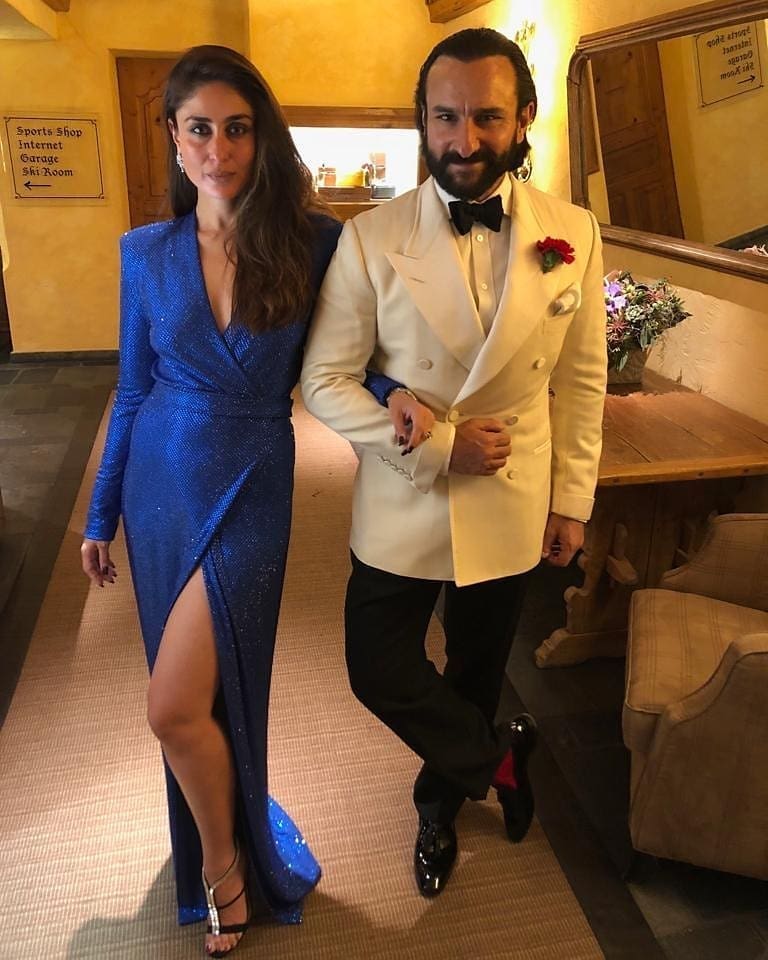