Kareena Kapoor On Her Television Debut In 'DID', Says She Wants To Go Back Home Before Taimur Sleeps

Kareena Kapoor On Her Television Debut In 'DID', Says She Wants To Go Back Home Before Taimur Sleeps

Kareena Kapoor Khan has been roped in to be one of the judges on 'Dance Indian Dance'. Kareena has commented on her television debut, working hours and paycheck. Details inside. 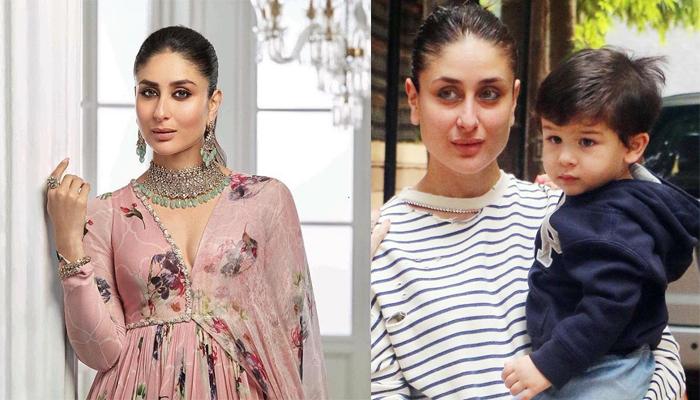 Kareena Kapoor Khan is one of the most revered and popular actresses in the Hindi film industry. She was last seen in the film, Veere Di Wedding in 2018, after 2 years of sabbatical owing to the birth of her child- Taimur Ali Khan. She has signed two films as of now- Good News (2019) and Angrezi Medium (2020). (You May Like: Rishi Kapoor Completes 8 Months Of Cancer Treatment In New York, Tweets An Emotional Post)

The 'Good News' now is that her fans will see Kareena Kapoor Khan more often and that too on television! Yes, Kareena Kapoor Khan has been roped in to become one of the judges on the dance reality show, Dance Indian Dance, often acronymed as DID. In fact, its seventh instalment started yesterday, on May 30, 2019, and Kareena graced the launch episode with utmost elegance.

Kareena Kapoor Khan, who is majorly a film actress, has shared with media portal that initially she resented being a part of something on the TV. She was quoted as saying, "My management told me about DID's offer, but initially, I wasn't sure. It has been a long-standing show. In their 10th year, they have revamped the concept, made it a 360-degree set with over 200 cameras shooting the acts. So, I was excited to join them."

Kareena, who is a working mother, had told the makers of DID that she wants to give time to her 2-year-old son, Taimur Ali Khan. Bebo shared with the media house, "I made it clear that I don't work for more than eight hours because of my son, Taimur. Sometimes, I can make an exception of working up to 12 hours. The makers have been kind and worked out everything the way I wanted."

Along the same lines, Kareena told the Indian Express that her deal was that she gets home before Taimur eats and sleeps every night, "Television takes a lot of time, and after Taimur, I don’t work for more than eight hours. I am a working mother but I need my time with my son. I want to be home before he eats his dinner and at that time, I spend only with him. This was the only condition I had while signing the show and the makers have been kind enough to balance my time." (Don't Miss: Sleepy Taimur Ali Khan Darts Off To London With Kareena Kapoor Khan And Saif Ali Khan)

Kareena also spoke candidly about her paycheck and demanded the same amount as leading men of the industry. The Udta Punjab actress shared with IE, "You need to put a lot of hard work, especially on television. So definitely, the pay package has to be a good amount. And when a male judge can get it, why not a female judge? Also, it’s the first time that a mainstream actress has forayed into TV and a dance reality show at this point in her career. So, I think I have got what I completely deserve for the hours I will put in."

Kareena Kapoor Khan's best friend, Karan Johar has been judging the show for a long time. On being asked if she took some handy tips from him, she replied, “I think he should be a contestant in one of the shows. He is such a great dancer and he performs on every show he does. I really hope someday we both do a show together. That would be fun.”

Kareena Kapoor Khan is applauded everywhere for the way she manages her professional commitments and also her little cotton ball, Taimur Ali Khan. Because of constant media scrutiny on Taimur, Kareena had talked about the same in an interview and had said, “Maybe I’ll send him to a boarding school when he is 13. I don’t know, growing up as a star kid, going to the schools of Bandra and Juhu. He needs to see the world."

In fact, the doting mommy also takes care of Taimur's diet herself. Recently, at an event, the 38-year-old actress had shared, "So I sit on a plan also. Every month I alternate it accordingly. Whatever fruits and vegetables he should be eating in the month... he quite enjoys it. Today, he actually had saag (spinach) for lunch and he normally didn’t like it but I have been shoving it down his throat. So now he’s got used to it. So he actually ate the whole bowl." (Must Read: Shah Rukh Khan's Family Picture From AbRam Khan's Birthday Celebrations, Gauri Feeds SRK The Cake)

Kareena Kapoor Khan is truly a perfect role model for all the working mothers out there, right? Share your views! 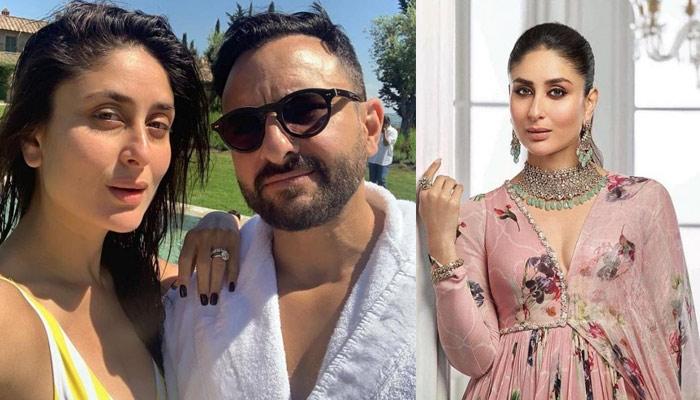 Amazingly gorgeous, a bona fide personality, a vintage, who is only getting better with each passing day, Kareena Kapoor Khan is just climbing higher and higher on the pillar of success. With every character of hers, she is creating a legacy of her own. And if you remember her as 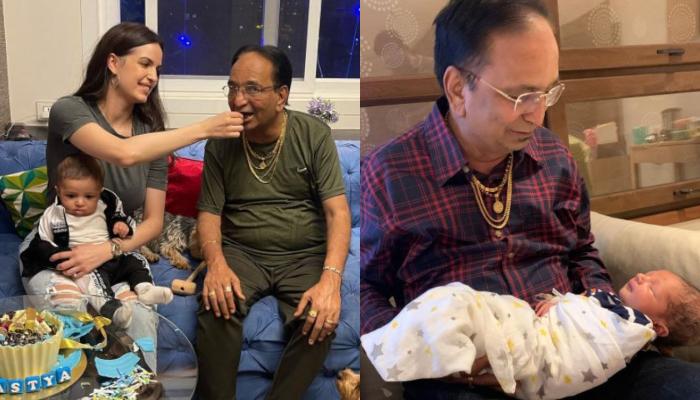