In an interview, Kareena Kapoor Khan shared her feelings about people's reactions to her son, Taimur Ali Khan's pictures. She also added that she is never happy looking at others' kids. Check out!

Bollywood diva, Kareena Kapoor Khan is a loving wife to her actor-husband, Saif Ali Khan and a hands-on-mommy to their two cute munchkins, Taimur Ali Khan and Jehangir Ali Khan. Undoubtedly, the two celeb kids enjoy a huge stardom starting from their birth and have managed to etch a special place in millions of hearts with their cute glimpses. Now, in a recent conversation, she opened up about her feelings on people's reactions to her kids' pictures.

Currently, Kareena is vacationing with Saif, Taimur and Jehangir in London, and every now and then, the gorgeous actress is sharing drooling glimpses from the same. On July 16, 2022, Kareena had taken to her IG stories and shared a photo dump with her elder son. In the first picture, Taimur looked cute while he was enjoying a gelato ice cream with his mommy. However, in the following pictures, we could see the mommy-son duo making goofy faces while his ice cream was melting and dropping on the floor. Atop the picture, she had penned:

“The messy Gelato series with Tim.”

Also Read: Janhvi Kapoor Opens Up On Being Labelled As 'Vulgar' Due To Her Bold Outfits, Says 'It Bothers Me' 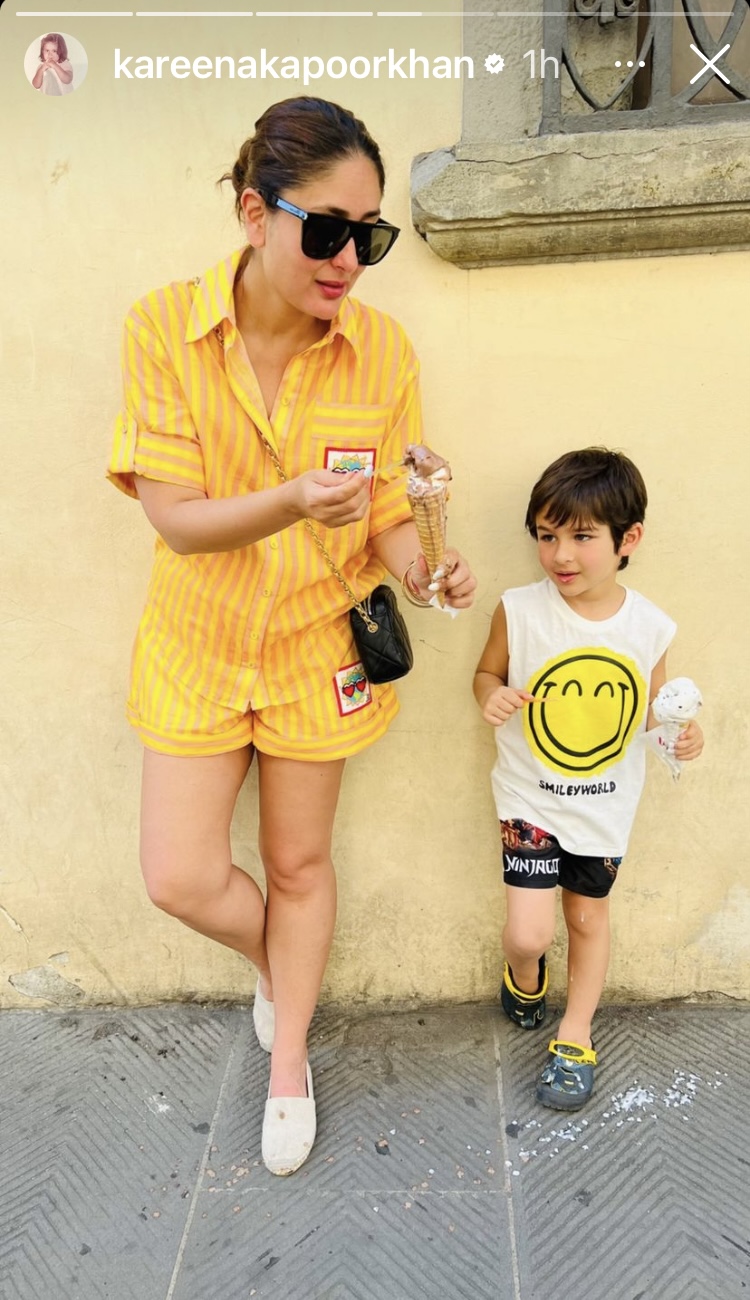 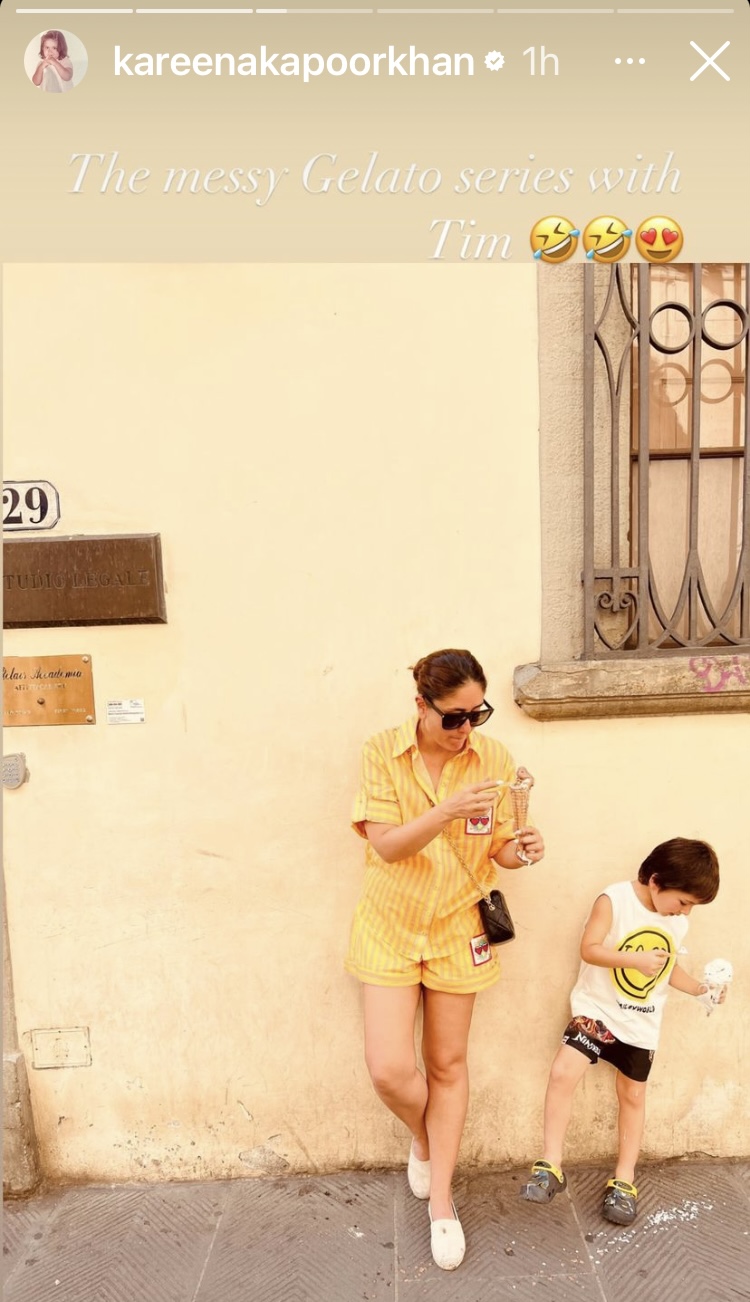 In an interview with ZoomTv, Kareena Kapoor Khan opened up about how she feels when people react to her elder son, Taimur Ali Khan's pictures. She mentioned that whenever anyone says to her that Taimur's photos have made them happy, his doting mommy feels it 'weird'. She further added the reason behind this and said that she doesn't look at other people's kids and it doesn't make her happy. She can be heard saying:

"People like say you know that oh I looked at Taimur pictures, it makes me happy. I find it weird because I don't look at other people's kids. It doesn't make me happy. That's just the way I am."

Earlier, on July 18, 2022, Kareena Kapoor Khan had taken to her IG stories and shared a series of pictures from the Ponte Vecchio in Florence, Italy. In one after the other story, she was seen gorgeously posing while leaning at the medieval stone arch bridge over the Arno River. She opted for a pink tye-dyed co-ord set paired with black sunnies, a sling bag and a ponytail. On the other hand, her younger son, Jehangir Ali Khan was also spotted with his mommy, looking cute as a button while posing for the clicks. Atop them, Kareena had written:

"Life Is Beautiful At Ponte Vecchio." 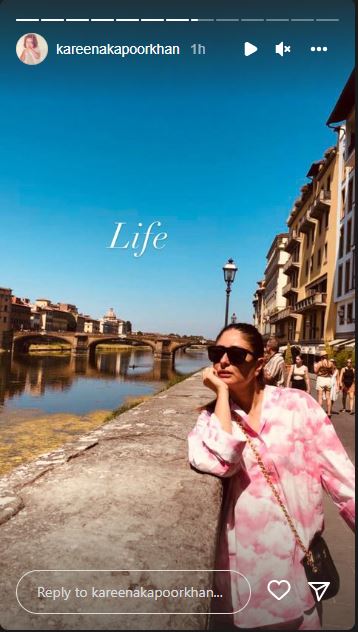 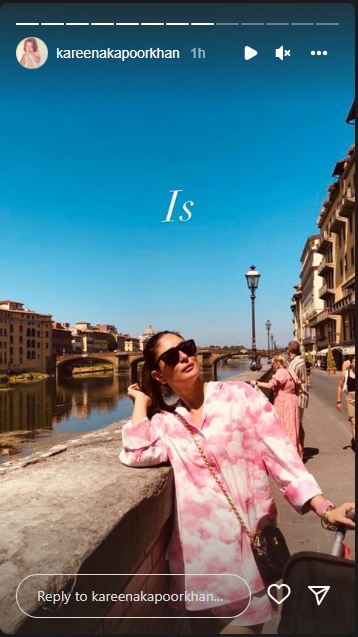 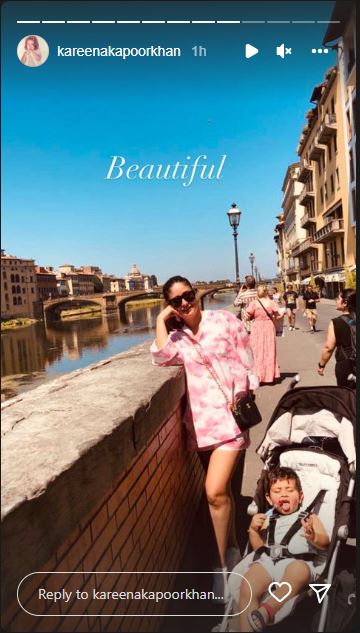 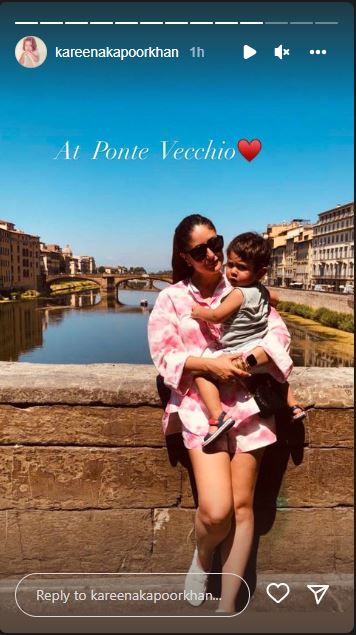 However, it was her last story which caught our attention. It featured her husband, Saif Ali Khan and their older son, Taimur Ali Khan who were seen enjoying themselves inside a pool while riding on a pink duck. However, the two of them were seen completely tired from swimming, as they were seen taking rest under the sun while their body and hair were entirely wet. Atop it, Kareena hilariously added laughing and heart-eyed emojis and had mentioned: What do you think about Kareena's opinion on people's reaction to her kid's pictures? 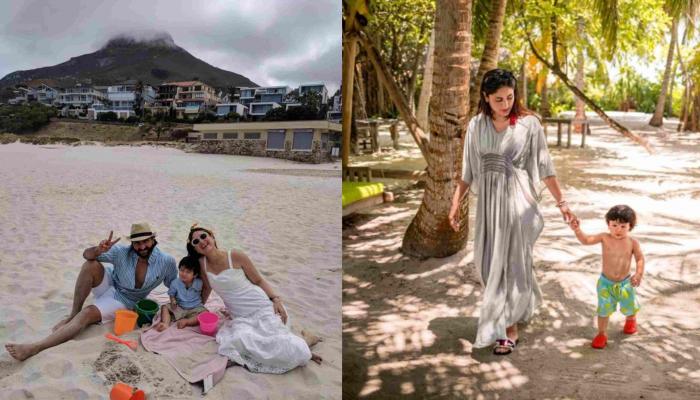 Taimur Ali Khan- naam to suna hi hoga? This merely two-and-a-half year old little star kid can say this dialogue with complete confidence for he has overshadowed many celebrity kids’ name and fame. Born on December 20, 2016 to his star parents, Kareena Kapoor Khan and Saif Ali Khan, the nation has