Karanvir Bohra's Wife, Teejay On Equation With Prince Narula And Yuvika After The 'Chachi' Remark

Karanvir Bohra's Wife, Teejay On Equation With Prince Narula And Yuvika After The 'Chachi' Remark

Karanvir Bohra had called actor, Prince Narula a 'chachi' who loves to gossip inside the 'Lock Upp' house. Karanvir's wife, Teejay Sidhu opened up about their soured relationship.

Karanvir Bohra and his wife, Teejay Sidhu are one of the most loved couples in the television industry. They dish out major couple goals and never shy away from standing for each other. They both enjoy huge fanbases. However, after participating in the controversial reality show, Lock Upp, Karanvir had made many shocking revelations about his life. His equation with his industry friends like Prince Narula and Zeeshan Khan has also changed. Now, in a recent interview, Karanvir's wife, Teejay opened up about their relationship with Prince Narula and his wife, Yuvika Chaudhary outside the house.

For the unversed, Karanvir and Teejay had embraced parenthood for the first time after ten years of their marital bliss on November 19, 2016, in Canada. The duo is blessed with twin daughters, Bella and Vienna. And in December 2020, the couple had welcomed their third princess, whom they have named, Gia.

Teejay Sidhu Shared Her Apprehension During Gia's Birth, Wondered Whether She Was Being Fair To Her

Teejay Sidhu Beams With Joy As Gia Vanessa Has Solid Food For The First Time, Shares A Video

Recommended Read: Bharti Singh Says She Will Be Planning Her Second Baby In 2 Years, Wishes To Have A Sister For Golla 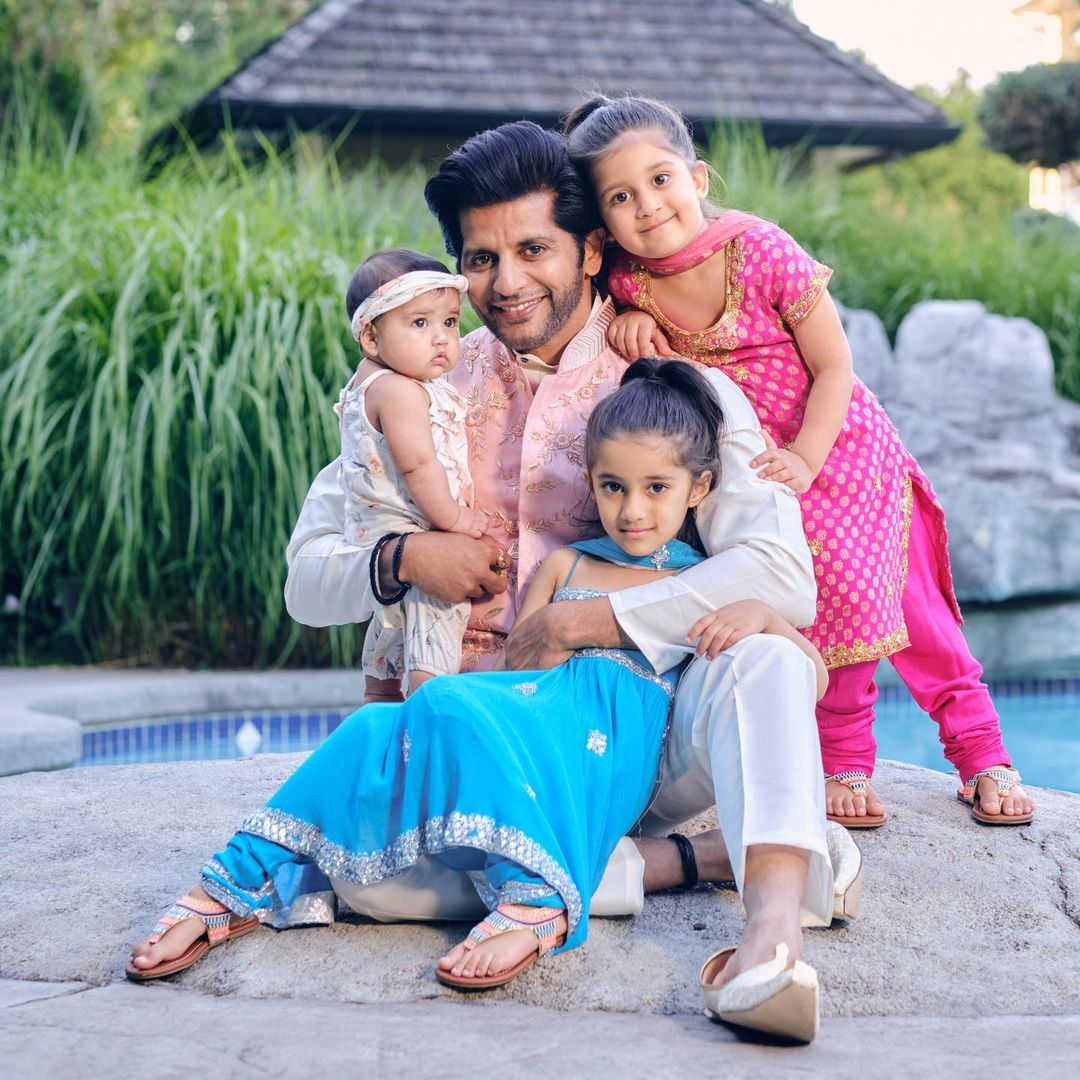 In a recent conversation with ETimes, Karanvir's wife, Teejay Sidhu recalled when Karanvir had come out upset from Lock Upp's house as he had called Prince Narula a 'chachi', who loves to gossip. Revealing why her husband was upset after the incident, she shared:

"I think KV was upset that Prince Narula had got provoked. If you recall, Kangana Ranaut (host of 'Lock Upp') had said that you will be provoked but you have to hold your nerve, or something to this effect. So my husband didn't like it when Prince got provoked and ended up siding with Zeeshan." 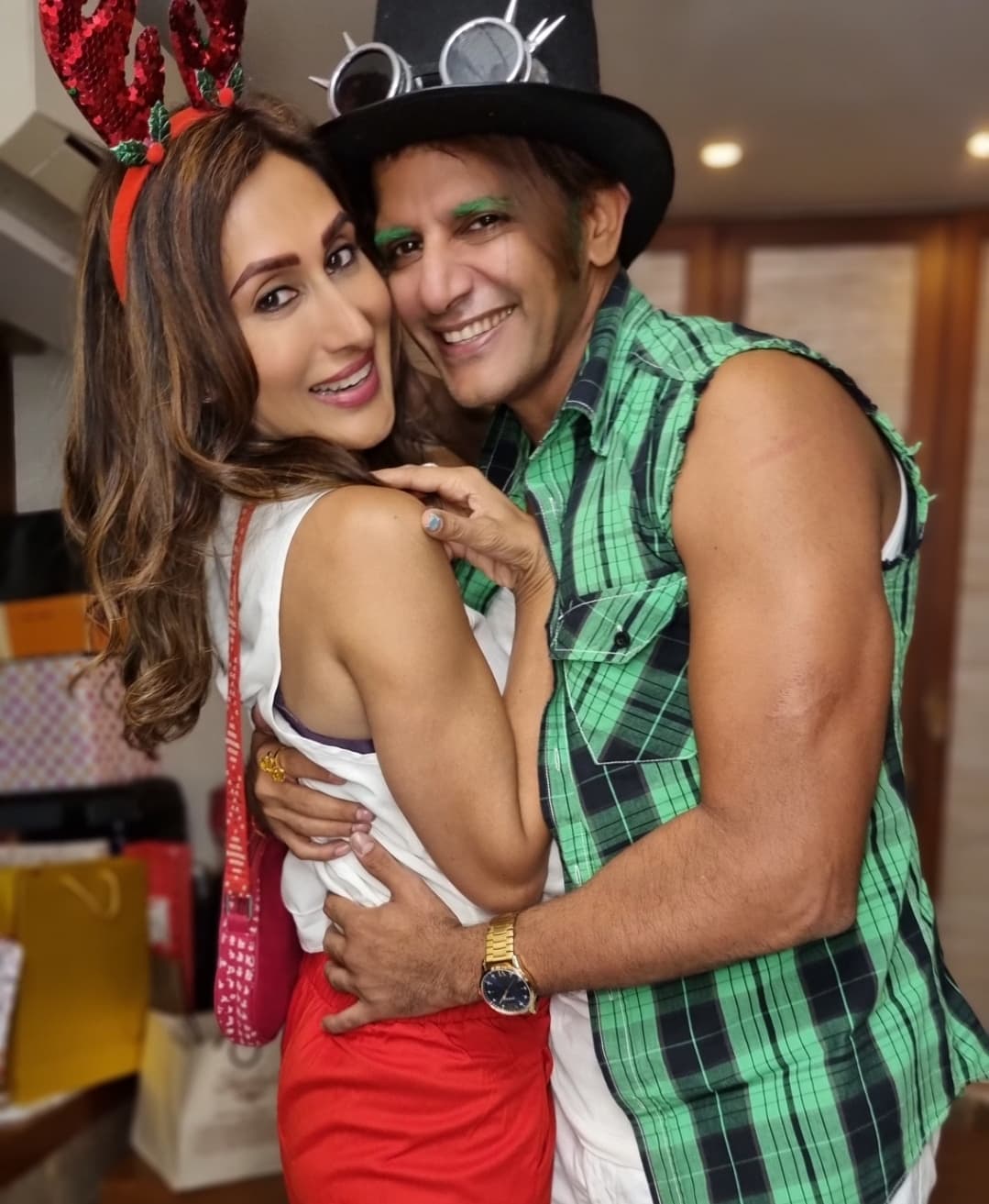 In the same interview, Teejay was asked if she is friends with Prince's wife, Yuvika Chaudhary. To which, Teejay replied that even her husband, Karanvir shares a cordial bond with Prince and Yuvika. Teejay can be quoted as saying:

"Yes, even Karanvir's. In fact, we all met and laughed and joked at the 'Lock Upp' party. So we are friends even now. And masti mein, I did tell Prince' tumne KV ko bahut tang kiya'. Had she? Well, I think such shows do lead to problems between contestants but the issues get sorted once they are all out." In one of the promo videos of Lock Upp, Karanvir Bohra was seen sharing his deepest secrets with Sara Khan, Geeta Phogat and Saisha Shinde. In the clip, we could see Karanvir getting emotional as he had bared his heart out in front of other contestants. He had revealed how he is not doing well in his career for the last seven years and how he had been in debt. He had even mentioned that he feels sorry for himself and his family. He had stated:

"I am down in the worst debt of my life (sic). Matlab main dhus chuka hoon, waisa waala sir bhi bahar nahi mera...I at least have 3-4 cases on me for not paying money back. From 2015 to now, whatever work I take up is only to return the money or pay back my debts. I feel so sorry for myself and for my family, what am I giving them. Agar meri jagah koi aur hota toh he would have committed suicide. If it would have not been for Teejay, mom, dad and my kids, I don't know what I would have done. For me this show is a lifeline."

Next Read: Nick Jonas Is Acing His Daddy Duties As He Sings For Daughter, Malti, Melts Wife, Priyanka's Heart