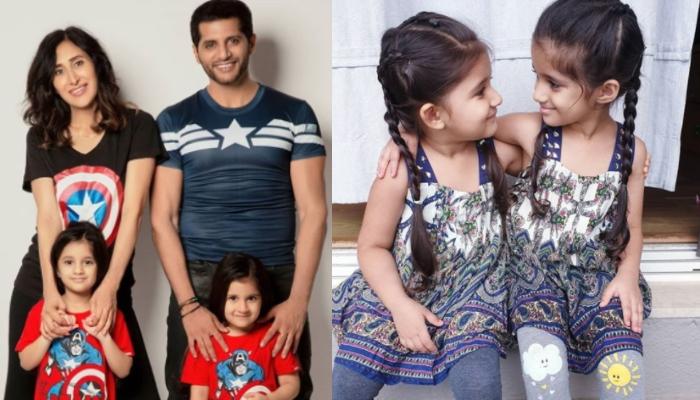 The moment a couple graduates to parenthood, their entire world takes a 360-degree turn. From the first time they hold the tiny one in their arms to experiencing all their firsts, become the soul purpose of their life. Their phone’s gallery and social media handles get hijacked by the adorable pictures of their cute little munchkins. Television’s most charming actor, Karanvir Bohra and his gorgeous wifey, Teejay Sidhu are one such loving parents to their twins, Bella and Vienna. (Also Read: 'Teri Mitti' Fame B Praak Shares Glimpses Of His 3-Month-Old Son's Harry Potter Themed Photoshoot)

Karanvir Bohra and Teejay Sidhu are one of the most loved couples of the glamour world. It was love at first sight for Karanvir, who had met Teejay in Mount Mary Church at Bandra through a common friend and had fallen in love with her instantly. The couple had gotten married on November 3, 2006. After 10 years of marital bliss, on October 19, 2016, Karanvir and Teejay were blessed with two little angels, Bella and Vienna. Since then, their life has changed for the better. And now Bella and Vienna are soon going to be promoted to big sisters as Karanvir and Teejay are expecting their third baby. 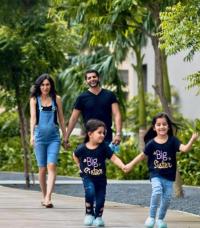 On October 19, 2020, Bella and Vienna turned four and the doting parents, Karanvir and Teejay shared the sweetest wishes for their little angels. Karanvir took to his IG handle and shared a video, in which he and Teejay can be seen singing and wishing their daughters at midnight. Along with the video, Karanvir wrote, “Wish you a very happy birthday my princesses @twinbabydiaries unbelievable how these 2 just got up for us to sing them and wish them #happybirthday. They still think their birthday is going to be in the morning.”

On the other hand, Teejay shared a picture from their midnight birthday celebration and wrote how the twins have an impeccable timing. Her note can be read as “Their 'twins' timing is impeccable! :) First one wakes up to use the bathroom. Then just after midnight, the other wakes up to go to the bathroom. But it's okay. Gave us a chance to squeeze them and wish them a #happybirthday! 'But our birthday is coming in the morning, Mom!'. Ok, time to sleep then, #babies!!” (Also Read: Shah Rukh's Daughter Suhana Khan Resembles Her 'Dadi', Black-And-White Collage Of The Two Is A Proof)

A day before their birthday, on October 18, 2020, Teejay had posted a beautiful picture with Bella and Vienna and had recalled their birth story. She had written, “We tucked them in as three-year-olds tonight. When they wake up, they'll be four! I remember this day, four years ago. I slept 18th night, woke up 19th morning, planning to go buy a cake for my sister. (Was her birthday that day.) But at 8:30 am I felt some hard cramps and went to the hospital to get checked. They told me I was in labour! And after a few hours, both babies peacefully entered the world and brought so much love and light into our lives.” 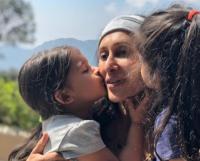 She had further written how everyone was surprised with the birth of Bella and Vienna as no one except their close family members had known she was expecting twins. Her note could further be read as “It was a bit of shock for everyone because no one (besides close family) knew I was having #twins! It feels like it JUST happened. So surreal! And now they are four. Wow. I still can't get over it. Happy birthday, my little fairies! You can't imagine how happy you make me.. Or how much I love you.” (Also Read: Anushka Sharma Flaunts Baby Bump In Sun-Kissed Pictures, Her Pregnancy Glow Is Unmissable) 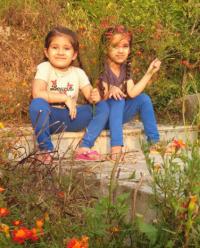 Television couple, Karanvir Bohra and Teejay Sidhu are hands down the most adored couple. Their funny banter, cute PDA moments and their twins, Bella and Vienna's cutesy gimmicks go viral on the social media in no time. This Diwali, the happiness is a little extra in the Bohra-Sidhu clan. Scroll down