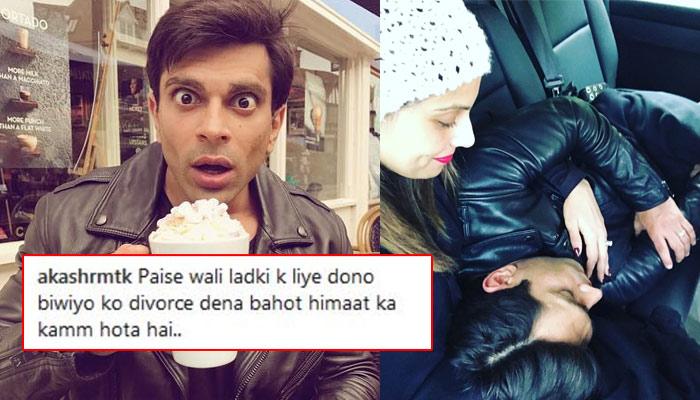 So, that was long overdue. As soon as Karan Singh Grover announced his wedding with Bipasha Basu on his official Twitter account, social media went crazy. No not for the happiness of their wedding, but Twitter world went crazy trolling Karan Singh Grover for his third marriage.

The actor has earlier been married to television actress Shraddha Nigam and Jennifer Winget. Both his marriages ended on a bad note with a divorce. When Karan Singh Grover announced his wedding plan with Bipasha, Twitterati went crazy posting some really insane stuff.

Some of these tweets will really crack you up! Take a look for yourself: 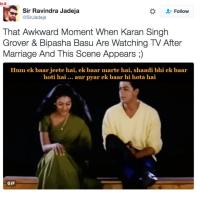 Also See: The Unseen Wedding Video Of Deepika Singh Dancing With Her Husband Is Here

Who would have thought Karan Singh Grover will be compared with Indrani Mukherjee! 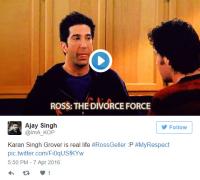 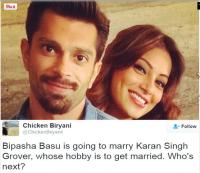 Ouch, tweets about his next marriage! That must have been really hurting Bips!

Even after a year of Karan and Bipasha's wedding, Jennifer's fans are still in no mood to forgive him, for leaving Jennifer for his current wife, Bipasha. Karan recently posted a cutesy picture with his wife and people didn't waste any time in trolling him. Take a look at the picture: 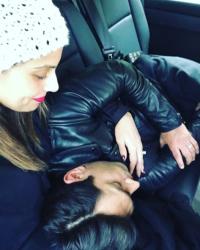 "I mean really! I love my life! Went to the birthplace of Will Shakespeare, went to a magic shop, ate strawberry ice cream, drank hot chocolate topped with marshmallows on the road while listening live music and now on the way back home sleeping in the most comfortable heavenly cloud!!! Ahhh!!!!!! What more could I ask for? #superlove #mokeylove"

Soon after he posted this picture, here is what people (Jennifer's fans) started commenting: 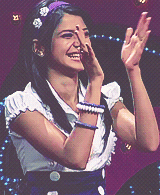 Well, people in India surely have a funny bone, which is visible through all these hilarious tweets that kept coming in then. But this time, he has been lucky in marriage and the couple has been going strong ever since they entered the nuptial bond. We wish that they stay together always!