Karan Patel shares how his little girl, Mehr is having a blast on her first vacation in the Maldives. The little diva nails her beach look.

In the past one year, all of us missed one thing majorly and that is travelling. And with New Year 2021, the first thing we all plan is going for a vacation that has been on top of our priority list from past so many months. And as we scroll through our IG feeds, all we see is how our favourite celebs are going on a family vacation and mesmerising us with their stunning pictures, making us wanderlust. Telly world’s adorable couple, Karan Patel and Ankita Bhargava too have taken their little wonder, Mehr on her first trip to the Maldives. (Also Read: Divyanka Tripathi Shares A Heartmelting Wish For Hubby, Vivek Dahiya On Their Engagement Anniversary)

On January 8, 2021, Karan Patel and Ankita Bhargava, along with their baby girl, Mehr were papped at the airport as the family had jetted off to the Maldives for a vacation. On January 14, 2021, Ankita had shared family picture from their trip, where we could see the trio posing amid the beautiful backdrop of blue sky and water. Karan had opted for a ganji and shorts, on the other hand, Ankita had leaned her head on Karan’s shoulder while carrying Mehr in a carrier. Along with the picture, Ankita had added a family emoticon as her caption. 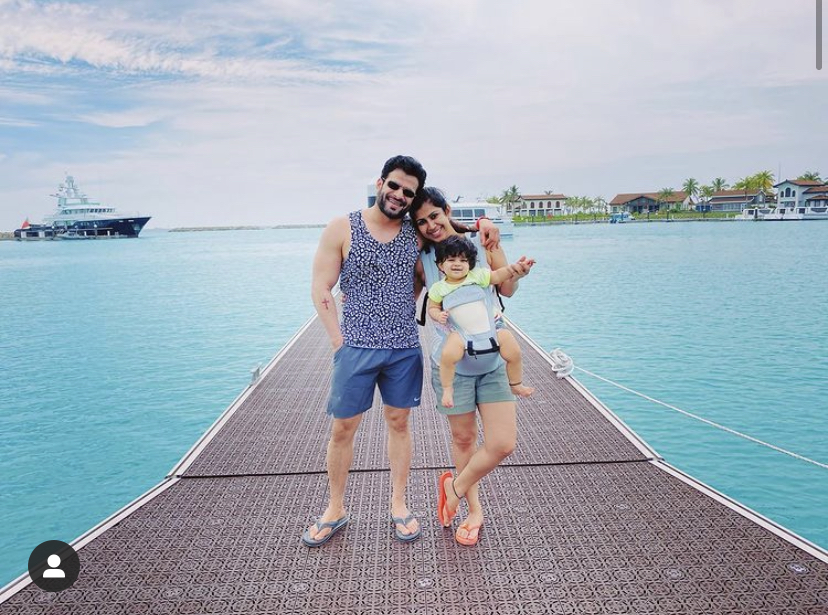 A few hours back, Karan Patel took to his IG handle and shared an adorable father-daughter moment with Mehr. In the picture, Mehr looked cute as a cotton ball in a matching crop top and skirt as she posed in her daddy’s arms. On the other hand, the doting daddy adorable held his angel and revealed how much she loved her first trip. Along with the picture, Karan wrote, “My lil diva had a blast in Maldives. #FirstTrip #ManyMoreToCome #RabDiMehr.” 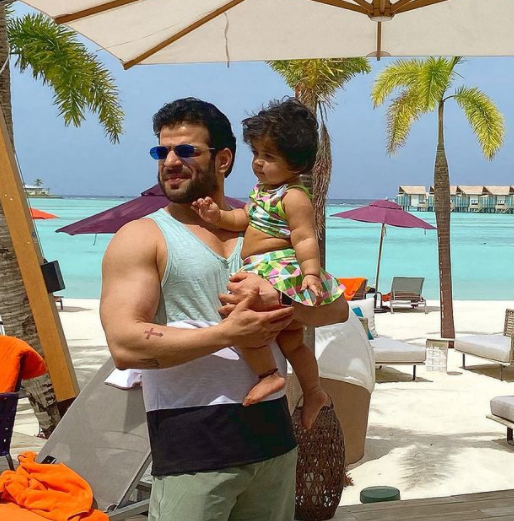 On January 10, 2021, Ankita had shared a picture from their family vacation. She had taken to her IG handle and had shared a lovely picture of her baby girl from their vacation. Dressed in a cute cyan-coloured monokini, Mehr had looked adorable as she had posed for a candid click. Along with the picture, Ankita had revealed who is Mehr’s inspiration when it comes to posing. She had written, “The Posing?!? Well Well... She gets that from ‘ME’ Clearly #waterbaby #maldives #Rabbdimehr #firsttripever.” (Also Read: Mahhi Vij Records Daughter, Tara Feeding Her Daddy, Jay Bhanushali From Her Plate On A Dinner Date) Mehr’s doting parents never miss an opportunity to share how their lives have become meaningful after her arrival. On December 26, 2020, Karan had taken to his IG handle and had shared a lovely father-daughter moment with Mehr. In the picture, Karan was seen playing peek-a-boo with Mehr. Along with the picture, he had written, “Even with my eyes closed, all i see is only you my love. #DaddyDaughterThing #RabDiMehr #MehrKaranPatel.” 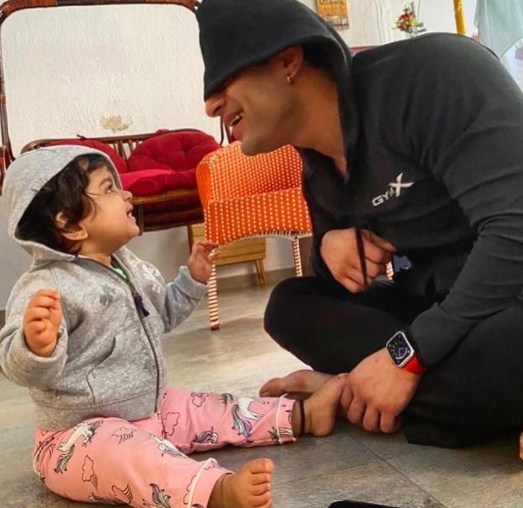 On January 1, 2021, Karan Patel had given a pleasant surprise to his fans by sharing a collage with childhood pictures of him, Ankita and Mehr. In the picture, Mehr had looked like the replica of her star parents. Sharing how their little wonder is the perfect blend of them, Karan had written, “Now that’s what i call a perfect 50/50. #RabDiMehr #PerfectBlendOfDaddyMommy.” On New Year 2021, Ankita had shared a complete family picture from Mehr's first birthday in which, the little girl had looked like an absolute stunner, twinning with her family in the shades of pink. Sharing the picture, Ankita had written, "Mehr Patel Wishes everyone the most amazing and well deserved year ahead!" (Also Read: Aamir Ali's Pictures With 'Mystery Girl' Makes Fans Curious If She's Estranged Wife, Sanjeeda Shaikh) 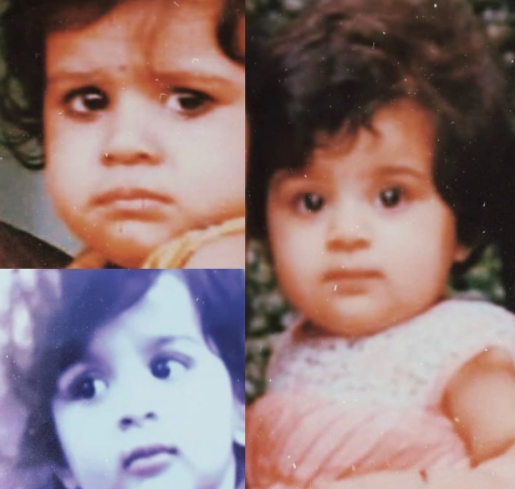 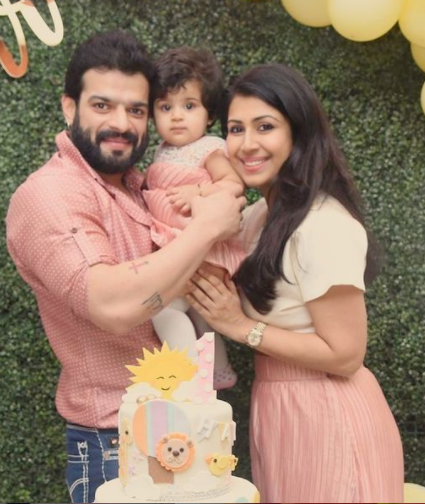 What do you think about Mehr’s vacation pictures? Isn’t she looking adorable? Let us know.