After speculations and conjectures about the pregnancy, Yeh Hai Mohobbatein fame Karan Patel confirmed that he and his wife, Ankita Karan Patel are all set to enter the new phase of their lives. After getting married on May 3, 2015, in a big fat Gujarati wedding and marital bliss of 3 years, Ankita and Karan will be embracing parenthood soon. (Also Read: 'Ye Hai Mohabbatein' Fame Karan Patel Finally Confirms His Wife, Ankita Karan Patel's Pregnancy)

Confirming the news to Bombay Times, Karan was quoted as saying, "It's sinking in slowly, and I am ecstatic. I can't go through the emotions and transformations, which Ankita is going through. It's a beautiful phase for her as she will graduate from a wife to a mother. I plan to spoil our baby silly with love and pampering once he/she is born. We would like to have two kids - both Ankita and I are the only children of our parents and we understand the need for a sibling." 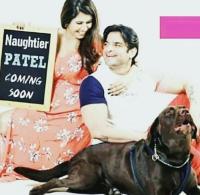 Karan Patel and Ankita Karan Patel took their Instagram to announce this good news with a cute maternity shoot picture. In the picture, Karan is seen holding a lot of shopping bags which are labelled as diapers, nanny, mood swings, cravings and many more. On the pic it’s written, “Yeh Diwali Hogi Babywali – Produced By Patels In Association With The Bhargavas, Directed By Almighty. Delivering This November." (Also Read: Karan Patel-Ankita Karan Patel's First Pic From Their Maternity Shoot, She Flaunts Her Baby Bump) 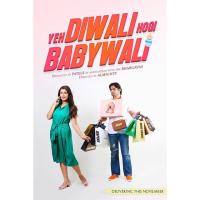 Soon-to-be-daddy, Karan captioned the above pic as, “A lifelong festival begins for @ankzbhargava And Me this November ...! #ConnotWait #Excited #Blessed #MomAndDaddaSoon ....! thankyou @shrutitejwaniphotography for the #Dhamakedaar #Photoshoot.” Elated mamma-to-be, Ankita wrote, “Thanku All for the Love,Support,Prayers and Positive Energy that U all have consistently backed us up with.... Our very own #DiwaliDhamaka2018 coming soon #maa #dadda #cannotwaittomeetyoulittleone” (Also Read: Karan Patel And Ankita Bhargava's Beautiful Wedding Story Makes Us Believe In Arranged Marriages) 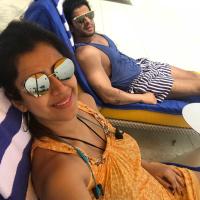 Ankita is expecting her first child and she made some diet and fitness changes in her lifestyle. Speaking about the same, Ankita shared to a media portal, “I have started prenatal yoga and will start pre-natal Pilates too. I have been advised to walk as much as possible. I find it because I have always been into functional and weight training. Earlier, I would focus on my whole body by trying to improve my stamina. But, now I want to become flexible and correct my posture with each passing month. I have also been advised to meditate which is on my list as well and I will be doing it.” (Also Read: Karan Patel Grooves With His Wife Ankita Bhargava On Govinda And Twinkle's Song 'Joru Ka Ghulam') 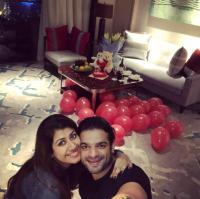 Ankita further added, “I’m following a book on pregnancy which is based on basic Indian food. And the bare essentials of every meal and what it does to our system. Earlier, I used to consume 6 meals per day. But, now I eat everything in limited quantity after every two hours. Since, I don’t devoid myself of anything I don’t really crave for food. In case I feel like eating anything then, I opt for ice-cream or any fried foodstuff in small portions.” (Also Read: Ankita Reveals That Hubby Karan Would Keep Checking Her Activities On Twitter Even Before They Met) 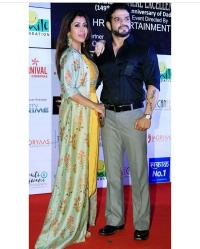 Ankita Karan Patel and Karan Patel’s fans are super-excited to meet the 'Naughtier Patel'. Once again, heartiest congratulations to this adorable couple on this new phase of their lives.