Karan Mehra responded to his estranged wife, Nisha Rawal's accusations about his attempt to kill their son, Kavish Mehra. Check out!

Actor, Karan Mehra’s relationship with his wife, Nisha Rawal began with ‘love at first sight’ and ended on an ugly note. It was in May 2021 that the first rumours of trouble in their married life surfaced online, and June 1, 2021, came as a confirmation of those rumours. From Nisha filing complaints of domestic violence to Karan accusing Nisha of infidelity, the estranged couple has been washing their dirty linen out in public.

Meanwhile, their little munchkin, Kavish Mehra, is suffering the most. According to the court orders, Karan had to spend 15 months away from his child without any contact. And now, in a recent media interaction, the Yeh Rishta Kya Kehlata Hai actor has opened up about how he fears whether Kavish will recognise him or not if he goes back to him after so long. He also revealed that Nisha had falsely accused him of attempting to kill their child. 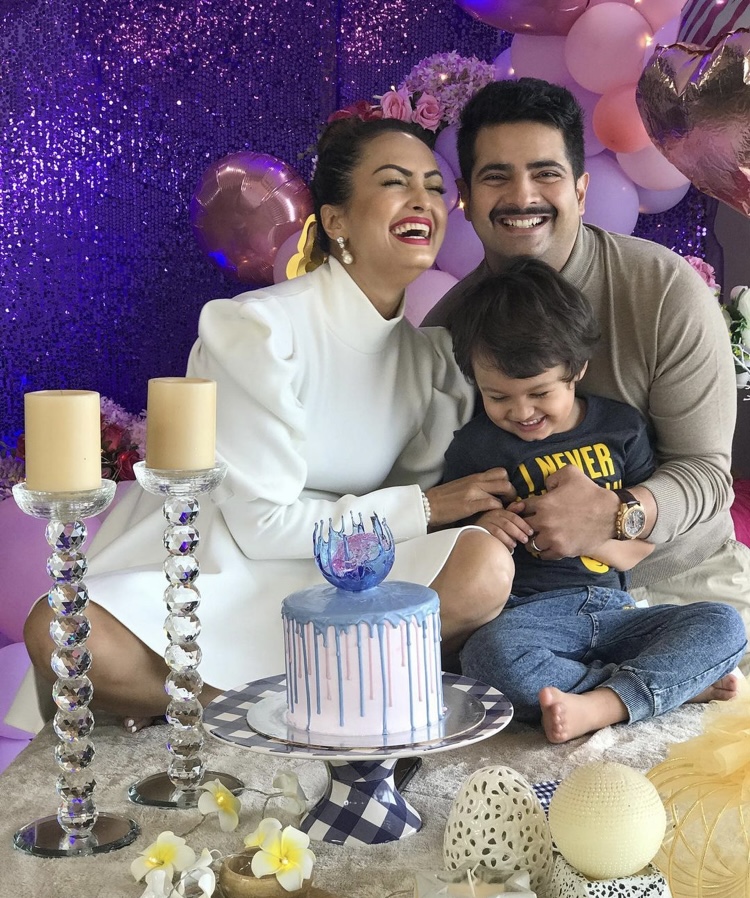 In an interview with RJ Siddharth Kanan, Karan Mehra bared his heart out and shared that he is waiting for the truth to be unfolded in front of the world. The actor said that since he has not met Kavish for more than 15 months, he fears if his son will recognise him or not. Further, Karan shared that once, he had gone back home for some time to take his belongings back, and at that time, he had got only 5 minutes to talk to Kavish.

Revealing their conversation, Karan stated that Kavish does understand what has been happening between his parents as he had asked ‘Aap yaha rehne ke liye aaye ho?. To which, the doting daddy said:

“I will come back only for you.”

In the same conversation, Karan claimed that the people of his crew have never believed in the allegations of Nisha as they know what kind of a person he is. As Nisha keeps on putting new cases on Karan, the actor said that Nisha had even alleged that he had tried to kill Kavish once. Further, Karan said he doesn’t have any regrets as he had taken a leave for 3.5 years after Kavish’s birth to take his proper care, and as a daddy, he has always tried to be the best. Earlier, in a press conference, Nisha Rawal had mentioned that she never married Karan Mehra for his money as he was a struggling actor when they had met for the first time. She further claimed that when she asked for money from Karan to raise their son, he had asked for alimony from her instead. In her words:

“When we met in 2008, he was working as an assistant stylist for a film, in which I was the heroine. Mudda kabhi paise ka tha hi nahi. We built everything together. He bagged the TV show Yeh Rishta Kya Kehlata Hai two years after meeting me. I have not asked for alimony — we have only asked for maintenance for the child. I have also said that if Karan doesn’t want to pay that, too, I am fine. In fact, in his new counter-petition, Karan has asked for full custody and wants me to pay maintenance for him and the child.” We hope Karan and Nisha sort out their differences and Kavish gets both of his parents back!

Next Read: Priyanka Chopra And Her Husband, Nick Jonas Head Out For A Date Night In New York