Post all the breakup rumours, Karan Kundrra and Anusha Dandekar have coyly stepped in to clear out their stand on the rumours. Details inside!

Breakup and linkup rumours are the most common gossips any actor would go through being a part of the glamour world. The newly added couple to the list is Television’s handsome hunk, Karan Kundrra and MTV VJ, Anusha Dandekar. The couple has been dating for more than 5 years now and is in a serious live-in relationship. The two have been hosting MTV’s reality show, Love School, and more than the show, we love to watch Karan and Anusha’s chemistry. They have been inspiring the youth and showing them the right way to lead a happy relationship. Now, after being in a steady relationship, the reports suggest that the two have decided to part their ways. (Also Read: This Is What Amitabh Bachchan Is Doing When Wife, Jaya Bachchan Is Not At Home!)

For the uninitiated, recently the media was flooded with reports of Anusha Dandekar and Karan Kundrra's breakup. According to the reports, the lovebirds had parted ways, and had decided to end their ‘forever’. According to a SpotboyE report, Anusha and Karan had some trouble in their paradise and were apparently not staying together lately. The reports had also suggested that Karan and Anusha had decided to take a break after facing problems in their relationship. Going by their Instagram profiles, the couple had not posted pictures or videos with each other since February 2020, adding masala to the rumours. Now, Karan and Anusha have coyly stepped in to clear out their stand on the breakup rumours. 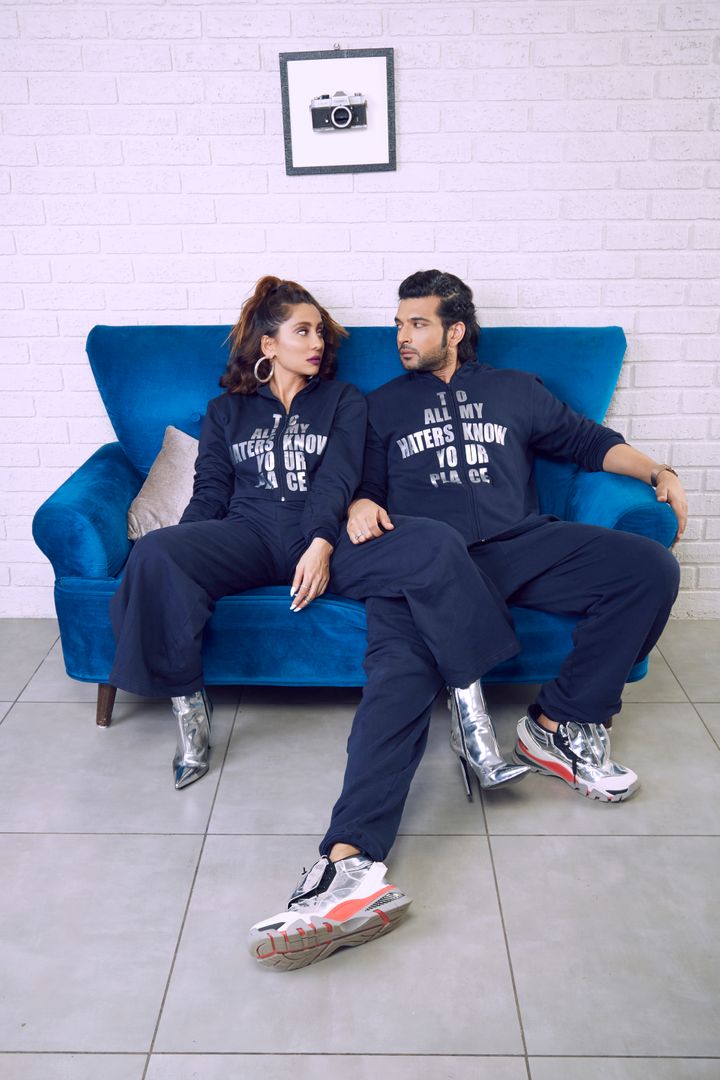 The couple has finally reacted to the reports of their breakup, however, the two have neither confirmed or dismissed the reports. Anusha took to her Instagram handle to express her anger over people questioning her relationship quo. Sharing the screenshot of the message that she had received from an unknown person, she wrote, “We are in the middle of a pandemic and I would never even bother to react to this, I would normally ignore this but this is just insanely not ok! #blocked.” She also added “And just one more thing before I go to sleep... I know l am being way more vocal than usual but l am tired of people thinking my silence and kindness is weakness... l know who has gone to the press with this so called information... it’s sad that even In this devastating world crisis you wanted to make a spectacle of someone’s life...I hope you realise how you are choosing to live your life... You are not my friend but the question is, are you a friend of anyone’s... or just forever self serving... Hope you find your peace.” 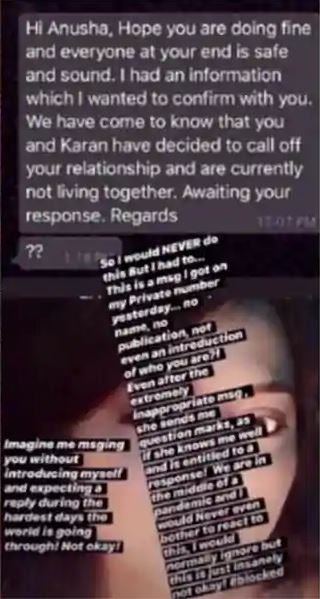 Karan also talked about the rumours of breakup with girlfriend, Anusha during a live chat session with a leading channel. He laughed off the rumours, and jokingly said, “yes, we have! (laughs),”. He further added, “Actually, people are velle and whatever it is, you guys will know in a day or two.” (Recommended Read: Karanvir Bohra's Twin Daughters, Bella And Vienna Make Pancakes For Their 'Dada') 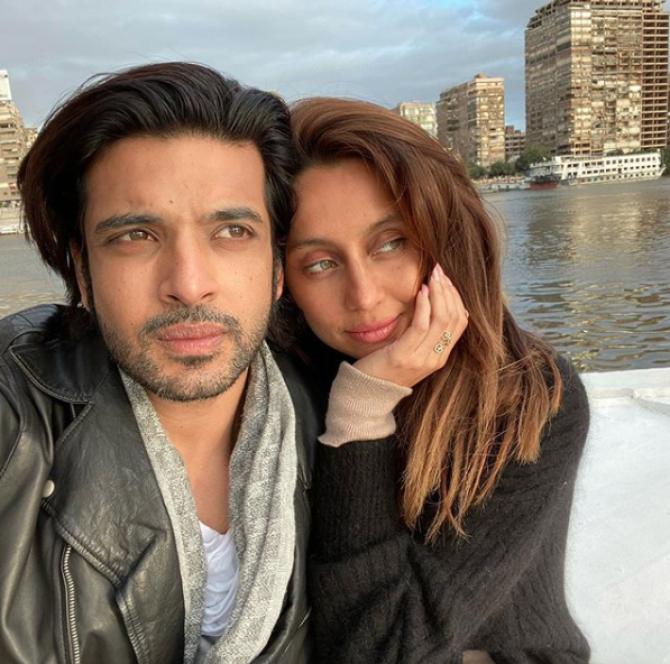 In March 2019, Anusha Dandekar had interacted with her fans on Instagram through an ‘Ask Me Anything’ session. And the VJ was flooded with questions about her marriage with boyfriend, Karan Kundrra as their fans were curious. Answering the questions about her marriage, Anusha had said, "And for that question that flooded my Insta line... you are all so cute. And the answer to the question is... When the next chapter is written, I'll ask you to turn the page, just like any fairy tale. Love youuuuu. Thank you for so many fun questions... hugs kisses and cuddles. night night xoxo... the end..." (Don't Miss: Prince Narula Pulled A Prank On Wife, Yuvika Chaudhary, Leaving Her Annoyed Enough To Beat Him) Well, the couple has neither accepted nor denied the rumours! What do you think about their jodi?