One of the most renowned Indian filmmaker-producer, Karan Johar turned 50 on May 25, 2022. And celebrities from Manish Malhotra to Gauri Khan to Farah Khan shared glimpses of the party. Check out!

Bollywood's one of the most popular directors, Karan Johar needs no introduction. He had made his debut with the film, Kuch Kuch Hota Hai, featuring Shah Rukh Khan, Rani Mukerji, Kajol and Salman Khan, and had made a place at the Box Office along with the audience's hearts with the super hit movie. And since then, the filmmaker has given larger than life stories and has kept us entertained through his movies.

Apart from being a director-actor-producer, it was in 2017, when Karan Johar had become a proud father to his adorable twins, whom he had welcomed through surrogacy. He is a doting daddy to his son whom he has named Yash Johar, and a daughter, whose name is Roohi Johar. Being a social butterfly, Karan Johar shares glimpses of his children every now and then on his Instagram handle, and their cutesy endeavours surely melt our hearts.

Also Read: Sara Tendulkar's Post For 'Bhai', Arjun Tendulkar Goes Viral, After He Didn't Get A Match In IPL 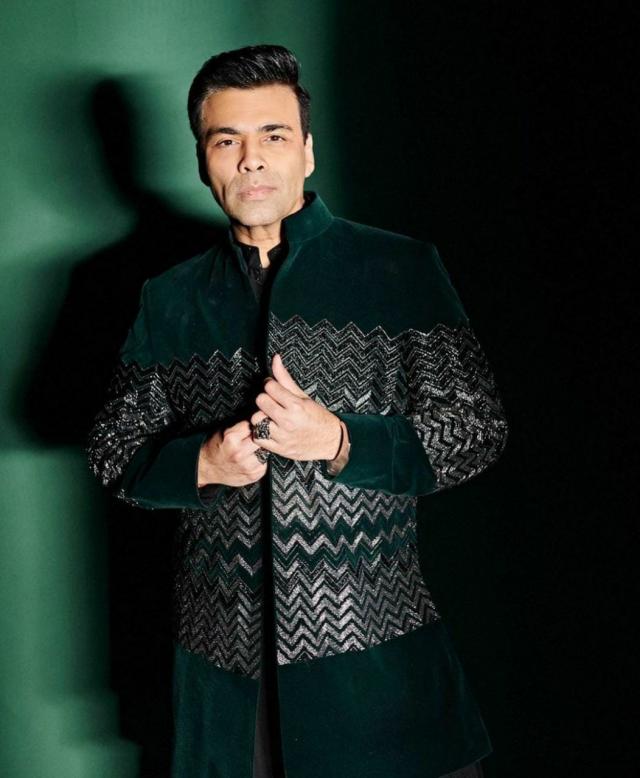 It demands a celebration if Karan Johar turns 50 years old. On May 25, 2022, Karan Johar marked his half-century, and his celebrity friends enjoyed the birthday bash to the fullest. Social media is filled with pictures and videos from Karan Johar's midnight birthday bash, and it's trending all over the internet. From celebrity wives, Gauri Khan to Maheep Khan to fashion designer, Manish Malhotra to choreographer, Farah Khan, and a lot of known faces were there last night. Karan Johar looked dapper in a black pantsuit. A few hours ago, Gauri Khan took to her Instagram handle and shared a cake cutting moment from Karan Johar's birthday bash. In the video, Karan can be seen singing 'Happy Birthday' along with everyone. Sharing it, Gauri wrote:

"Happy Birthday. You are truly the One & Only."

On the other hand, Manish Malhotra has given a sneak peek into the beautiful floral decor at KJo's birthday party. The whole place was filled with white flowers and carnations, and a long dinner table was set decorated with silverware and flowers. 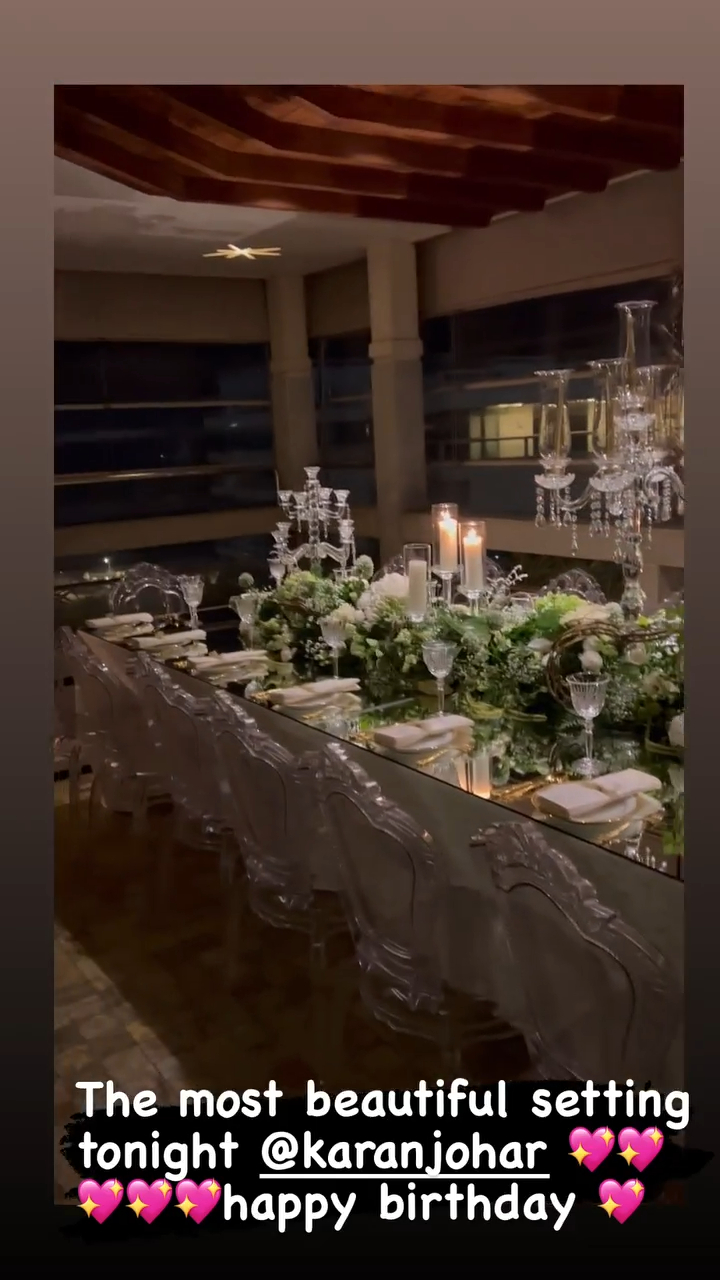 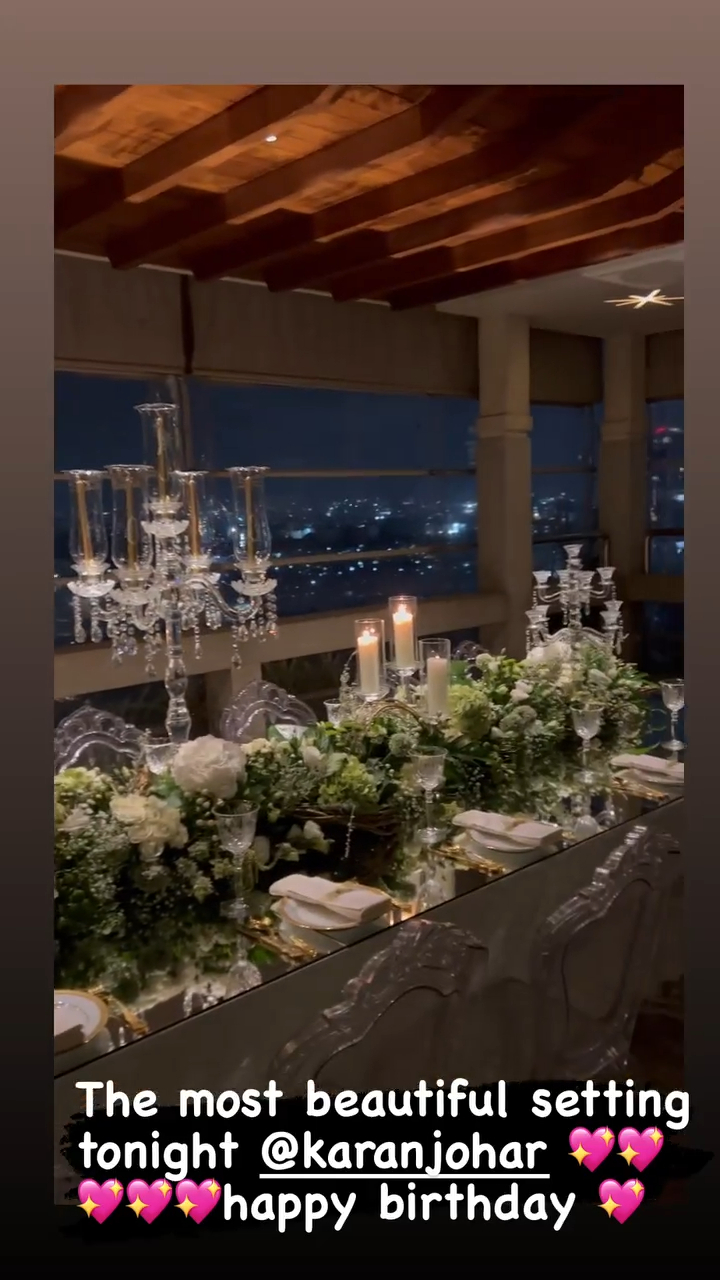 Bollywood actress and Sanjay Kapoor's wife, Maheep Kapoor was also present there at last night's party. She gave a glimpse of the stunning birthday cake, which was a three-tiered white fondant customised cake with golden embellishments. It was decorated with a 'Happy 50th Birthday Karan' topper. In another IG story, Maheep gave a sneak peek into the menu card of the birthday bash. Karan even received a box full of gold roses. 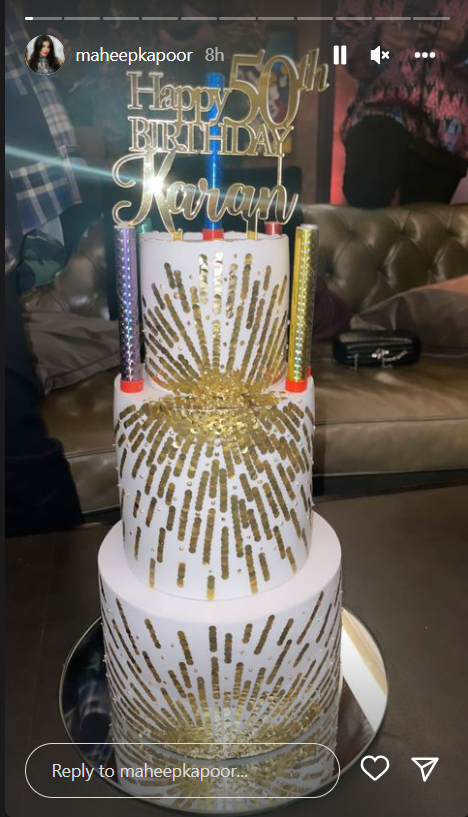 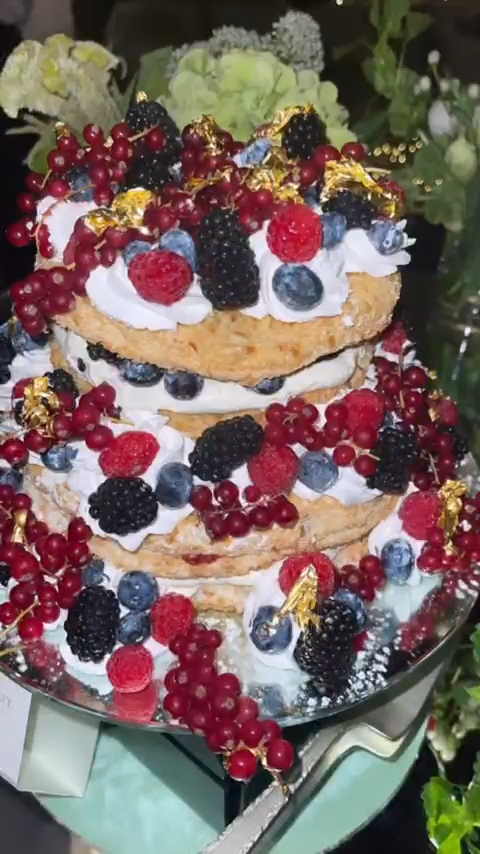 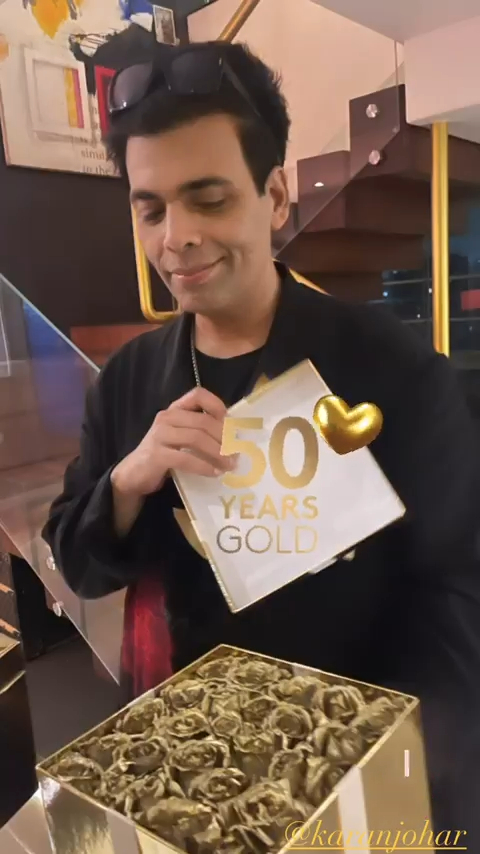 Seema Kiran Sachdev who made a public appearance after all of her divorce speculations has also shared a beautiful moment from Karan Johar's birthday party. In her video, KJo can be seen grooving and singing just before cutting his birthday cake. Bollywood choreographer, Farah Khan has also shared a video from his birthday bash. 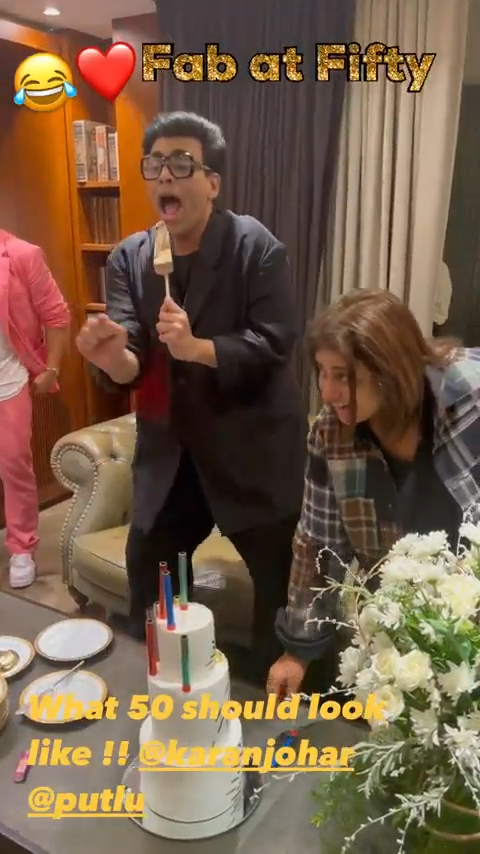 We wish Karan Johar, the heartiest birthday and may he live, love and laugh just like this!