Karan Johar dotes on his kids, Yash and Roohi. In a parenting blog, Karan has revealed how he keeps his kids away from falling into stereotypes.

When we talk about children, we always mention the sacrifices made by a mother for raising her little ones. But the new age daddies are also not far behind and are actively doing their daddy duties. From making sure of the kid’s comfort to catering to all their demands, fathers also play a vital role in bringing up their tiny tots. We have seen many doting fathers in Bollywood and the ace filmmaker, Karan Johar is one amongst them, who dotes on his twins, Yash Johar and Roohi Johar. (Also Read: Riddhima Kapoor Sahni Shares A Picture With Neetu Kapoor And Ranbir Kapoor With An Emotional Caption)

Karan Johar is not just a superb filmmaker but also an adorable son and a loving father. He had redefined the entire meaning of fatherhood when in the year 2017 he had announced the arrival of his little wonders. Karan always gives a sneak peek into their adorable family moments. Despite a hectic schedule, Karan always manages to take some time out for his family. Karan’s little munchkins, Yash and Roohi are one of the most sought-after celebrity kids. 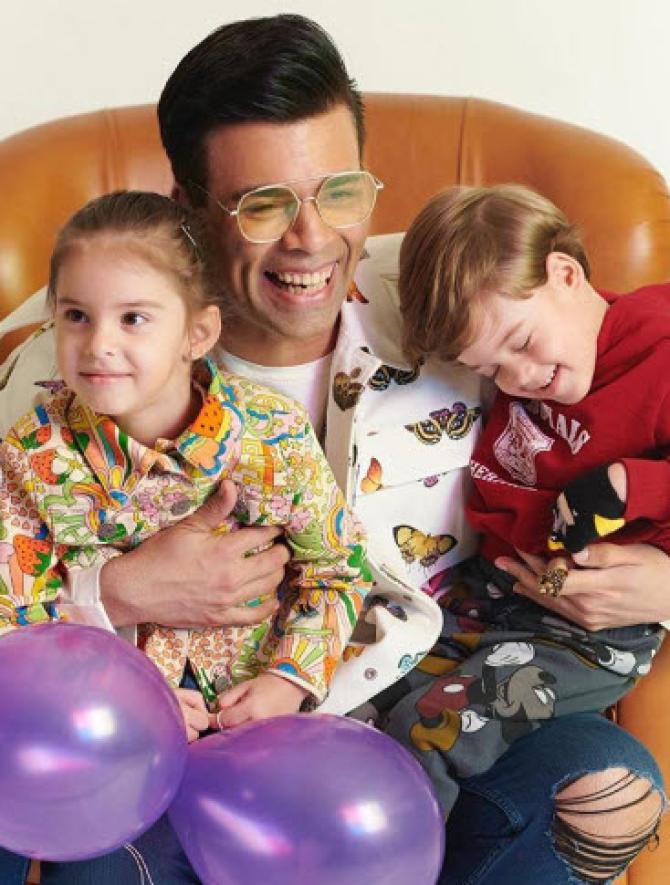 Karan Johar has taken a pledge to protect the planet through a campaign by Simone Khambatta’s parenting blog. He has taken this initiative along with other celebrity parents like, Neha Dupia, Soha Ali Khan, Esha Deol, Tusshar Kapoor, Kunal Kemmu and many more. According to the blog, Mama Says, Karan has revealed that he is not only giving his twins emotional encouragement but is also making sure that they do not fall in stereotypes. Taking about the same, he stated, “All of us are very proud parents, we all love our children. And it’s very integral that we give them all the love, the attention and the care. We also really make their home feel beautiful, we make them love their home, we make them feel like home is where the heart is.” He also added how he makes his kids understand that the planet they are living in is also their home and should be treated with equal respect. He revealed that apart from emotional encouragement he also takes care of other things and retorted, “But we sometimes miss the point, we sometimes pretend that their home is just their residence, but that’s not true. Our planet is also our home. There are few things that I have done with my kids at a very young age apart from the emotional encouragement that one has to always give them about making sure that they don’t fall into stereotypes.” (Also Read: Sonam Kapoor Ahuja Shares Her 'First Picture Together' With Anand Ahuja On Their Second Anniversary) Karan Johar has embraced parenthood through surrogacy and is living every single moment with his babies, Yash and Roohi. In an interaction with Rajeev Masand, Karan had bared his heart out on fatherhood and the most pious relationship that he has ever been into. Revealing how fatherhood has changed him as a person, Karan had shared, “I think it’s changed me in more ways than I can actually explain. I can’t believe that I have people who call me ‘Dadda’…who kind of say ‘don’t go’ when I am leaving the room and who kind of come and just need me to hug them." 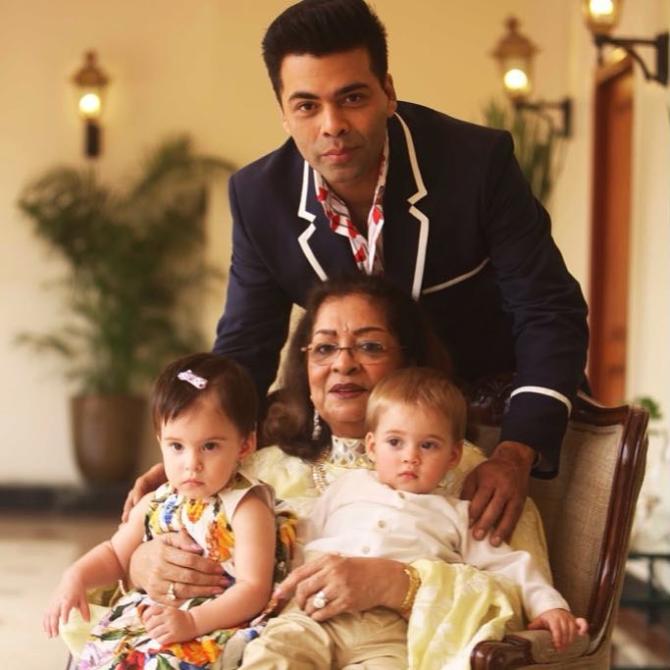 The doting dada had also added that he had never been in a serious relationship so the kind of love he shares with his twins has hit him really hard. He had stated that the kind of unadulterated love he gets from his children cannot be explained in words and has impacted him and his decisions. He had also retorted that with the arrival of Yash and Roohi, he had attained a sense of sensitivity which he never had earlier. (Also Read: Parth Samthaan Wishes Rumoured Ex-Girlfriend, Erica Fernandes On Her Birthday, Calls Her 'Cutie') Well, we love Karan’s bond with his twins, Yash and Roohi. What do you think? Let us know.