Kareena Kapoor Khan shared a cute picture of her son, Taimur Ali Khan with Karan Johar's twins, Yash and Roohi. But Taimur wins our hearts as he looks like a replica of 'abba', Saif Ali Khan!

For every child, it is an honour to be called a replica of his/her parents. No matter how old we get or how much fame and money we earn, our biggest achievement is to get a tap on our back from our parents. They are the real treasure of our life and for parents' their kids are their biggest investment. After a busy day at work, when they come home to their kids and hear their cute little babbles, their tensions go away. And a perfect example of it is Bollywood actress, Kareena Kapoor Khan. Ever since, she embraced motherhood, she has gained a lot of perspective towards life, and she is enjoying her 'happily ever after' in her own la la land! (Recommend Read: Neha Dhupia Suggests Renaming Her Husband, Angad Bedi's Birthday To This, Pens A Sweet Wish)

The family of three is soon going to be four as Kareena Kapoor Khan and Saif Ali Khan are expecting their second child. On August 12, 2020, Kareena and Saif had confirmed the news of their pregnancy. They had released an official statement regarding the same, which could be read as "We are very pleased to announce that we are expecting an addition to our family!! Thank you to all our well-wishers for all their love and support. Saif and Kareena." 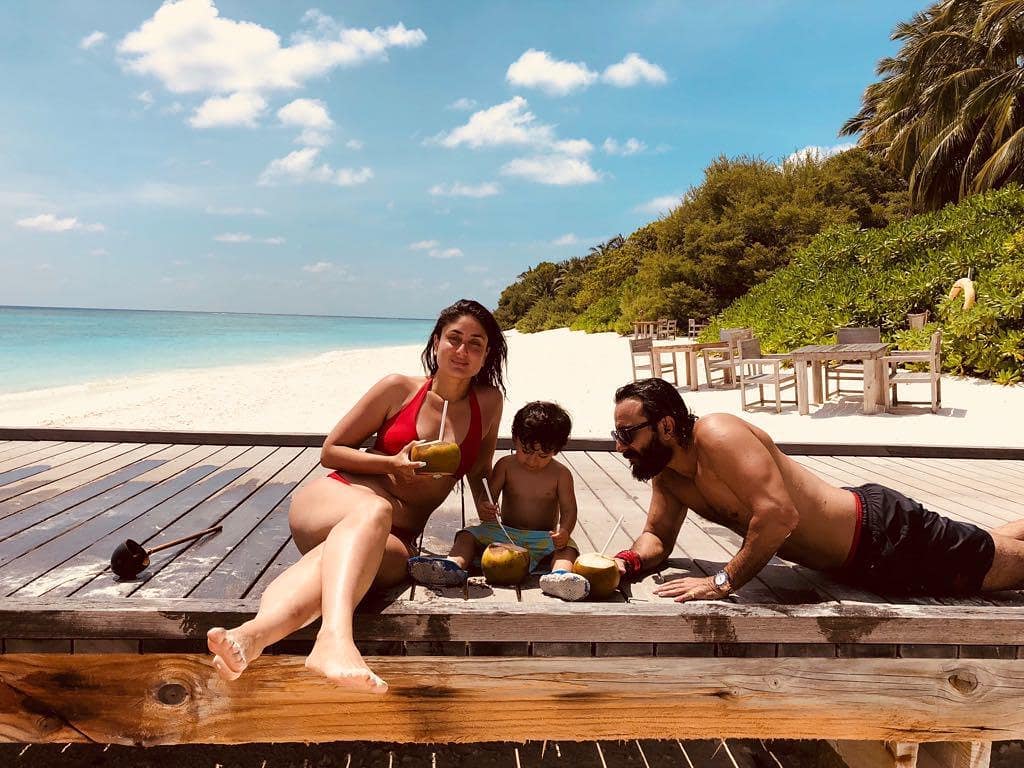 Since then, Kareena has been sharing glimpses of her life. While sometimes she shares her 'bump' stories, other times she floods her Instagram feed with cutesy pictures of her prince, Taimur. On February 7, 2021, Kareena took to her Instagram handle and shared an unseen picture of her baby boy, Taimur Ali Khan to wish her BFF, Karan Johar's twins, Yash Johar and Roohi Johar on their birthday. In the picture, we can see Taimur cutely smiling as he was posing with Yash and Roohi. However, the little boy looked a replica of his abba, Saif while donning a white kurta-pyjama. Check it out below: 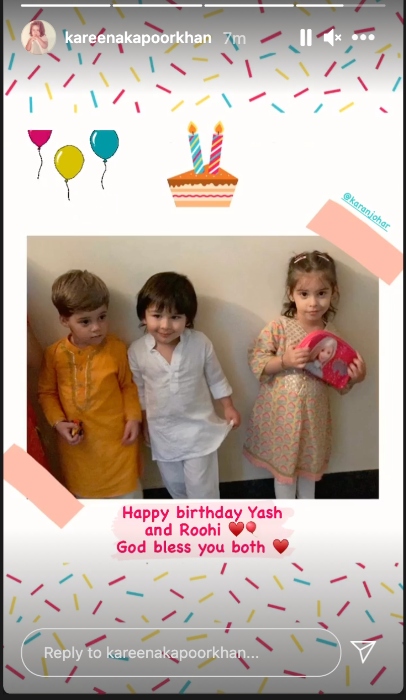 Karan Johar also shared a super cute video of his kids, Yash and Roohi on their birthday. In the video, the little fashion critics are back giving opinions on KJo's attires. We can see the kids saying that they are tired because their daddy's clothes are too shiny and yucky. Alongside the video, Karan wrote, "A birthday toodles is a must! The fashion critics are back to roast me! Happy birthday to the loves of my life! #RoohiAndYash." (Also Read: Sushmita Sen's Boyfriend, Rohman Shawl Opens Up About Their Marriage Plans, Denies Hiding The Same)

Coming back to Saif and Taimur's relationship, the actor loves his little munchkin. However, he has always been against the paparazzi culture. Earlier, in interaction with Arbaaz Khan on his chat show, Pinch by Arbaaz Khan, Saif had talked about Taimur and the craze of media mongers. He had stated, "It would be so nice to live in a culture that allowed children to be children. Play in a park and do what he wants...without being a celebrity. Even he has started saying ‘media’. I say where’s the media and he points outside. All of our kids want to join films and I am a little concerned about that. I feel there should be other choices." In a 2018 interview with the Bombay Times, Saif had talked about how he loves spending all his time with Taimur and had shared, "When I come home after work and find Taimur sleeping, I feel bad. We shoot long hours, but if I haven’t packed up even after 8 pm, I feel uncomfortable because it means taking away time from my son. In my growing-up years, my parents taught me about the importance of respecting family space. My father (Mansoor Ali Khan Pataudi) was a cricketer and mother (Sharmila Tagore) is an actress, and they both had hectic schedules. However, we learnt that it is important to talk about other things, too, at home and that’s how life becomes beautiful." (Don't Miss: Karan Patel And Ankita Bhargava Stopped Doing These Things After Their Little Daughter, Mehr's Birth)

Well, Taimur is definitely going on his abba! What do you think?