Karan Johar is spending most of his time in the company of his kids, Yash and Roohi amid COVID-19 lockdown. In a recent video, Karan gets back at his twins after a series of hilarious trolls on him. 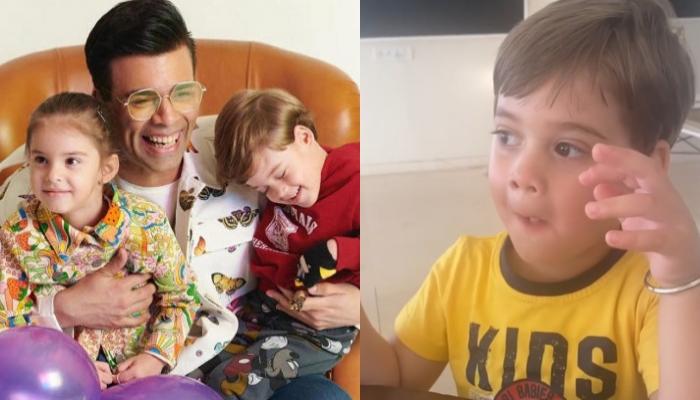 The entire nation is going through one of the most difficult phases because of the COVID-19 outbreak. While the cases are increasing at a rapid pace, the government has announced a complete lockdown. As many of us are spending time with our family amidst the lockdown, celebrities are making most of the quarantine. And Bollywood’s most sought-after director, Karan Johar has been giving glimpses of his precious time with his munchkins, Yash and Roohi in his series of videos “Lockdown with the Johars”. (Also Read: Smriti Khanna's Pregnancy Glow Is Unmissable As She Flaunts Her '40-Weeks' Baby Bump)

Karan is not just a superb filmmaker but also a doting father to his twins, Yash and Roohi. It was in 2017 when Karan had announced the arrival of his little munchkins through surrogacy. Since the birth of his kids, Karan has been on cloud nine and has been sharing adorable pictures of their family time. Often busy with his work commitments, Karan, who rarely got time with his family is making most of the lockdown and spending quality time with Yash and Roohi. In his lockdown series, Karan, who has been trolled by his kids continuously, hits back this time. 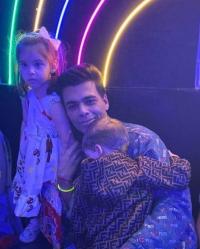 On April 12, 2020, Karan took to his Instagram handle and shared a video of their family evening snack time. In the video, Yash was seen making fun of his sister, Roohi instead of ‘dada’, Karan. Yash pointing at Roohi’s hairband says that she is wearing a garden on her head. Karan then shifts the focus of the camera to his mother, Hiroo and asks Roohi whether she likes what mama is wearing and pat comes the reply ‘yes’. To Roohi’s reply, Karan hits back, “Well obviously, look at what you are wearing.” Along with the video, Karan wrote, “My turn to get back! #lockdownwiththejohars.”

In an interview with the Pinkvilla, Karan had shared that he is living the best phase of his life. He had stated, “I am in a very content phase of life. Actually no, content would be a wrong word. It would mean I am satisfied or when you get too comfortable. But I believe I am in a very exciting phase. I am very energized. I am also in a deeply emotional zone in my life and I mean it with the birth of my children who've really come like a sunshine. Just waking after them and watching them sleep at night are the two highlights of my day. They have changed the whole aura around me. Whether it's the company or the house, we have renewed energies now because of the babies.” (Also Read: Dimpy Ganguly Welcomes Her Second Child On The Eve Of Easter, Reveals The Name Of Her Baby) 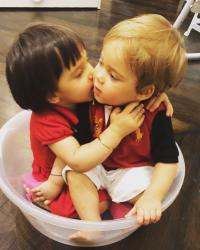 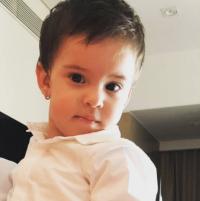 On February 7, 2020, Karan Johar’s twins, Yash Johar and Roohi Johar had turned three. He had taken to his Instagram handle and had shared a family picture and a couple of other pictures from their third birthday. Along with the pictures, he had written an emotional note and had expressed his gratitude towards his mother, Hiroo ji for co-parenting his twins. His note could be read as “I am a single parent in social status...but in actuality am definitely not....my mother so beautifully and emotionally co-parents our babies with me...I could never have taken such a big decision without her solid support...the twins turn 3 today and our feeling of being blessed continues with renewed vigour with every passing year...I thank the universe for completing us with Roohi and Yash.” (Also Read: Shilpa Shetty Kundra Shares A Late Siblings Note For Her Sister, Shamita Shetty On Siblings Day) 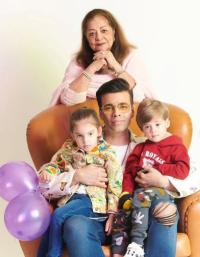 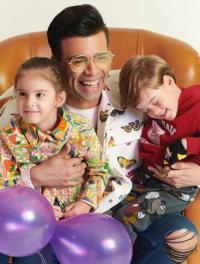 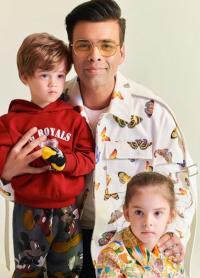 Well, we totally love Karan’s camaraderie with his kids. What do you think? Let us know. 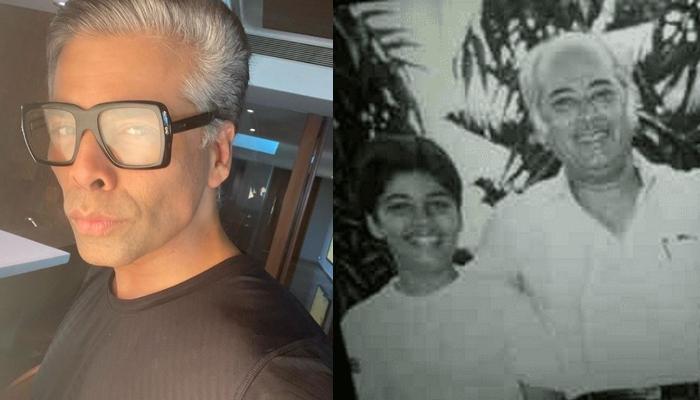