Karan Johar, who is responsible for shaping many people's lives, had shaped his own when he welcomed twins, through surrogacy in February 2017. Read to know what he says about relationships.

Who says you can’t be a mommy or a daddy if you don’t wish to enter the bond of holy matrimony? Our favourite Bollywood and television biggies have proved to the world that you can be blessed with parenthood even if you don’t wish to get married. From Tusshar Kapoor, his sister, Ekta Kapoor to Karan Johar, these three celebs had welcomed parenthood through surrogacy, without entering the bond of holy matrimony. (Do Read: Kapil Sharma And Pregnant Wife, Ginni Chatrath Attend A Friend's Baby Shower, See Her Pregnancy Glow)

Talking specifically about Karan Johar in here, the celeb who is responsible for shaping many people’s lives, had shaped his own when he welcomed twins, a girl and a boy through surrogacy in February 2017. Naming them after his parents, Yash (on his father), Roohi (on his mother, Hiroo), Karan has been floating on cloud 9 ever since. It has just been two-and-a-half-years since the Kuch Kuch Hota Hai director welcomed his two little munchkins and their daddy has time and again, taken to Instagram to post glimpses of his dollops of happiness. It was only on August 03, 2019, when Karan had shared the latest glimpse of Yash and Roohi, captioning the post as “I love you universe for this blessing!!! #roohiandyash.” And now, in an interaction with Rajeev Masand, Karan Johar bared his heart out on fatherhood and the most pious relationship that he has ever been into. Revealing how fatherhood has changed him as a person, Karan shared, “I think it’s changed me in more ways than I can actually explain. I can’t believe that I have people who call me ‘Dadda’…who kind of say ‘don’t go’ when I am leaving the room and who kind of come and just need me to hug them." The doting ‘dadda’ also shared, “I’ve never felt that before. I’ve never been in a really serious relationship. So, this kind of love, it just hits me really hard. I don’t think I’ve been loved in that kind of pure innocent way ever. Like you know there has been love from friendships and love from parents and members of my family but I haven’t seen this pure unadulterated love." 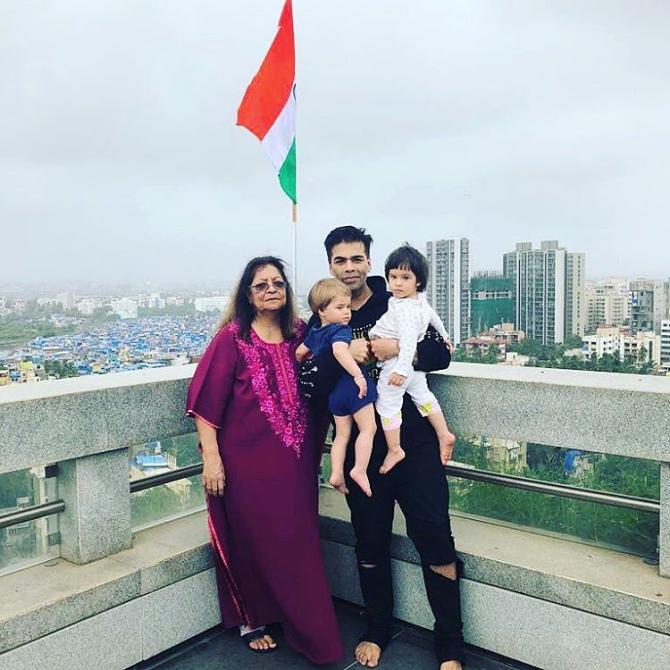 Karan Johar also shared, "I’m sure it’s impacting me as a human being. I know it’s made me more responsible in a certain way. I’m feeling a certain sensitivity in general that I don’t think I had earlier in my head and heart and soul… I can’t believe they are mine and I can’t believe they will be mine forever. I just can’t get over it." He concluded with, “I have an out-of-body emotional experience every morning I see them when they call me ‘Dadda’ and I say ‘my son, my daughter’ and I am like ‘they are my children’. I’m still grappling with that emotion. It’s beautiful… like a huge ball of love in my heart right now and I just don’t know what to do with it." So beautiful, isn’t it? Talking about fatherhood, Karan Johar had once shared in an interview, “Fatherhood is proving to be a breathtaking roller coaster ride. When they were conceived, I was ecstatic, but I told myself I would be a responsible father and not a paranoid mother. Then came the complexities of premature birth. And the heartache of seeing them in the incubator. But I felt a strong sense of ownership. They were my lifelines. A lifelong dream come true. And I couldn’t wait to take them in my arms. When I did that for the first time, it was incredible.” (Must Read: Sunny Leone And Daniel Weber's Hilarious Reaction To Son, Asher's Nose-Picking Moment Shot By Media) Karan Johar had further added, "I knew this was the beginning of a different kind of love story. The start of the best phase of my life. Mothers go through these emotions. Fathers come in later. But I was there right from the start, with the other mothers in the ICU whose babies were also born weighing less than 1.5 kilos, their vital body parts, their tiny lungs and heart underdeveloped. And each time a baby crossed 2 kilos and the nurses put up a smiley sunshine face announcing this, I would celebrate with their mothers because I fully empathised with them.” When Karan Johar had turned RJ for his radio show titled, Calling Karan, in one of the episodes titled, ‘It’s Complicated’, a caller had dialled in Karan to ask for some serious relationship advice. The caller had shared about her rakhi brother-turned-boyfriend and the pressure she felt to break the news of their relationship to her parents. Sharing a piece of advice, Karan had given us a peek-a-boo of a way-long-into-the-future-relationship. Hearing the problem, he had stated, “When a guy and a girl are together they immediately ask us to call each other brother or sister,” and had added, “I wouldn’t mind if Taimur and Roohi want to be together, in the future.” 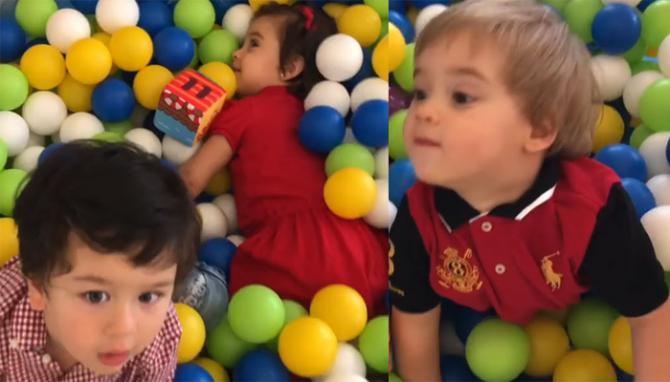 Karan Johar had further revealed, “Yehi problem hai humare desh mein. Jab ladka ladki ek saath hote hai toh immediately bolte hai ‘bhaiyya bolo’, ‘didi bolo’... Arre, bilkul nahi yaar, (This is the problem with our country. When we see a boy and a girl together, we immediately tell them to call each other ‘brother’ and ‘sister’. This should never happen)”. A concerned Karan had further stated that Roohi’s nanny asks her to call Taimur, bhaiya and that he is completely against it. He had stated, “I am like, ‘Kyun?’ 20 saal ke baad maybe Taimur aur Roohi saath rehna chahte hai. Kuch bhi ho sakta hai unka apna. Hum abhi se hi kyun daraar daal rahe hai uss raaste mein? (Why? 20 years from now they may want to be together. Why are we creating a wall between them already?).” (Also Read: Neha Dhupia Posts A Beautiful Picture Of Daughter, Mehr Dhupia Bedi, Wishing Her On 9-Month Birthday) Aren’t we in complete awe of Karan Johar’s views about relationships? Keep us posted! 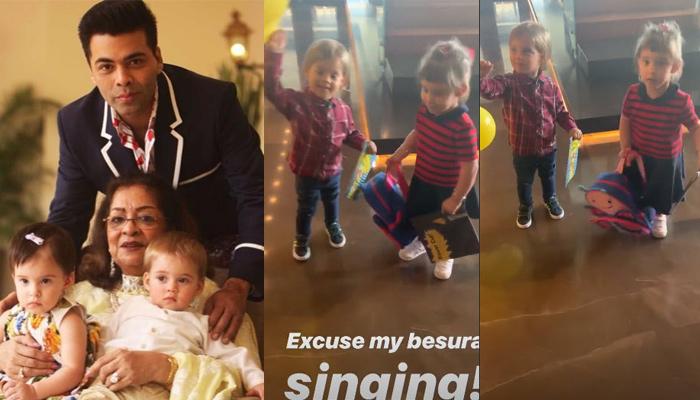 Our excitement reaches its peak when we get the news of the arrival of a celebrity baby. This excitement carries on until the time their star parents reveal their name and finally shows us a full picture of their adorable munchkin. This is soon followed by cute-little activities that their parents