Yash and Roohi have now resorted to trash Karan's bathroom, Yash even emphasised on how Karan needs cleaning. Check out the funny video inside! 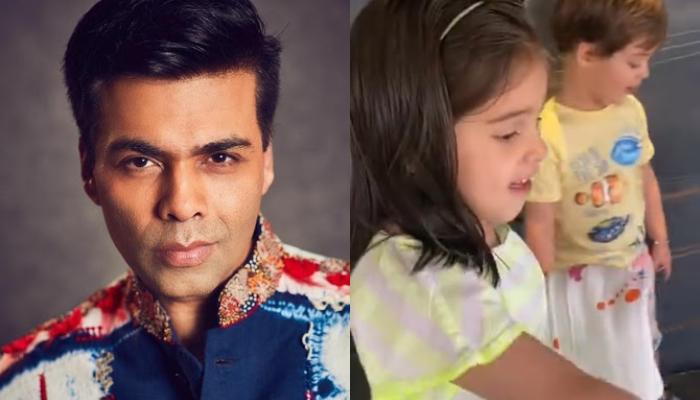 Our favourite superstars of the lockdown, Karan Johar's kids, Yash and Roohi Johar are back yet again and this time they decided to leave Karan alone and comment about his possessions. For those who were living under a rock, here's a quick update, so Karan Johar's kids, Yash and Rohhi Johar have taken upon themselves to roast and mock him. And you'd have to agree, they're pretty good at this. From Karan's wardrobe to his singing, to his diet, Karan has been shamed in every possible way until now. Let's see what more do they have in their closet! (Recommended Read: Karanvir Bohra Becomes A Kid, Playing With His Twins, Bella and Vienna, Try Gardening With Them)

It seems Karan's little goofballs of mischief, Yash and Roohi have run out of ideas and things on which to make fun of him. And probably that's why they have now resorted to bashing his bathroom. Welcome back to yet another episode of Karan Johar's roasting by his kids. Scroll down to know what do Yash and Roohi have to say on Karan's bathroom! 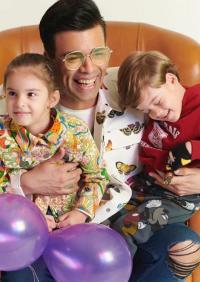 On May 6, 2020, Karan took to his Instagram handle to share a video of his kids, Yash and Roohi, targeting his bathroom. The video starts with Karan asking them, "Yes? What are you doing?" to which Roohi points towards the huge bathtub in Karan's bathroom and Karan said, "Wow, this is a tub!" Roohi then goes on to call it useless, to which, Karan burst into laughter and said, "Useless? This tub is rather useless, I have to say, I've not used it ever." He then pans the camera on the little goofball of mischief, Yash, where he can be seen playing with taps. Karan asked him, "Yash what are you doing?" to which he replied, "I am washing dada." Karan then burst into laughter again and asked him, "You're washing dada?" Yash slyly nods to his question with a mischievous grin and Karan signs off, still laughing. He captioned the video as "Now in the bathroom! We have moved from the closet #lockdownwiththejohars" Have a look at the video here:

Before this, we had seen the last glimpse of Yash and Roohi when they were fed of their dada, Karan's paparazzi antics and Roohi had wanted to leave the house. On April 28, 2020, Karan had shared two Instagram stories on his Instagram handle, wherein he could be seen having a conversation with his kids. In one of the video, Yash was in his closet and when Karan had called out to him, he had replied, "Don’t take my pictures, I am fed up." A surprised Karan had instantly apologised and when he had panned the camera to his daughter, Roohi, she was all set to leave the house. The little goofball had held a big bag, and when Karan had asked her, "Roohi, where are you going with this big bag?" Roohi had retorted, "I am leaving this house." A shocked Karan had then asked her, "But, where are you going?" And to this Roohi had said she is going to Peppa's house. Kids, and their fun escapades! (Also Read: Jeetendra Expresses His Feelings On Making Digital Debut With Daughter, Ekta Kapoor's Show 'Baarish')

Karan has a very strong bond with his kids and he loves spending time with them. He is so engrossed in his kids that even his Instagram bio says, "A father and then a filmmaker" Talking about how Yash and Roohi have changed his life, in an interview with the Hindustan Times, he had said, "My life has changed since Roohi and Yash arrived. At 44, this is my biggest blockbuster. I still haven’t realised the enormity of what’s happened. They’re only two months old. And all they do is eat, sleep, burp, wail and poop. Kabhi khushi, kabhie gham! While I stare at them in wonder. But I can’t get over the fact that they are mine." (You May Also Like: Varun Sood Talks About Ex-Girlfriend, Benafsha Soonawalla's Infidelity Comments About Him In Public) 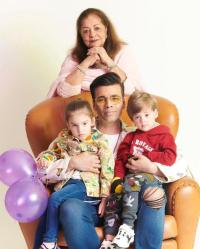 Yash and Roohi are indeed, the internet's favourite muse! What do you think?