The next episode of Karan Johar's roasting by his kids, Yash and Roohi is out and this time they've targeted his singing. Check out the hilarious video inside! 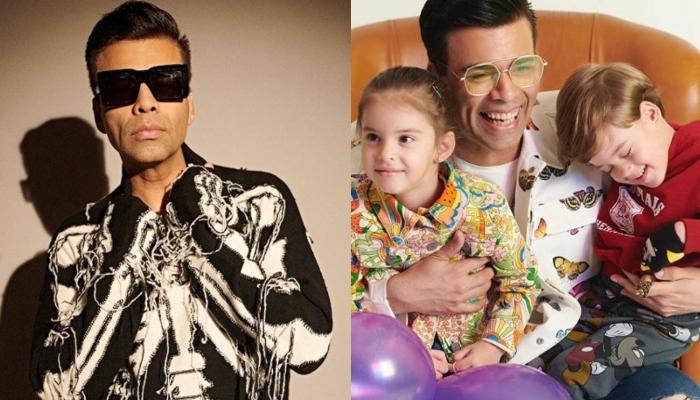 It seems that this global pandemic has taken a pledge into making us see and experience everything that we had never seen or experienced before. Be it experiencing a post-apocalyptic scenario, right in the middle of one, or unbelievable, mass repercussions of a man, eating an undercooked bat, on the whole world. Pardon me for being unreasonably sarcastic, quarantine does that to your mind. Now, since all of us are locked in our homes, bored out of our wits, and this godforsaken lockdown isn't going to open anytime soon (sorry for pointing out your misery!), we've resorted to different ways of keeping ourselves entertained, and our mind, sane. Let's see how! (Recommended Read: Taimur Ali Khan Attempts Somersault And Becomes Our Favourite Gym Bunny Replacing Mom Kareena Kapoor)

Some of lucky ones have resorted to online gaming marathons, some of the less lucky ones have to attend their online classes throughout the day, and some of the motivated ones have resorted to workout, to get their summer body in shape already (are you also envy of them? I know I am!). Lastly, some of the most unfortunate ones are spending their quarantine working from home (yeah, I feel you we're on the same boat). You know who is having the greatest time though? The people who are waiting for the next episode of season one of Karan Johar's roasting by kids, Yash and Roohi Johar! 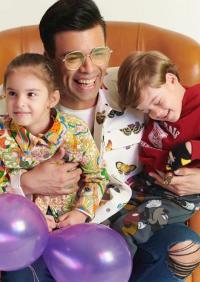 After mocking Karan for his sartorial choices, body-shaming him for his oversized tummy and calling him stupid for his ridiculous shades, Yash and Roohi have made us their ardent fans already. This time, Yash and Roohi are back with a bang, making fun of Karan's singing and telling him to stop (at least someone had to!). In the new video posted by Karan, he can be seen asking his kids, "Who's making noise?" To which, they point their fingers at him. He then goes on to explain that he wasn't making noise, he was singing. He then pleads them to let him sing one more song, and they downright refuse by a stern 'no'. Despite their repeated refusal, Karan started singing 'Channa mereya', to which, Yash and Roohi can be seen constantly saying 'no'! Lastly, Karan's mother, Hiroo remarks, "Even your father wasn't good at singing but you're at least better than him." Have a look at the hilarious video here: (You May Also Like: Sonam Kapoor Pens A Beautiful Note For Bestie, Swara Bhasker's Birthday, Posts Adorable Pictures)

In yet another video posted by Karan, Yash and Roohi could be seen trying on his shades and calling them stupid. The shades, which were a little too big for their little faces but nonetheless, they had looked cute as buttons, laughing and giggling. When Karan had asked them what they're doing, they had jokingly said, "Stupid" to which Karan had burst out laughing and had asked, "You think dada looks stupid in these glasses?" To which, the smart kids that Yash and Roohi are, they had called themselves stupid again, but we know who they were hinting at! Karan had posted the video with the caption, "Glass game is NOT on!! So I have been told! #lockeddownwiththejohars #toodles". Have a look at the video here: (Suggested Read: Ranveer Singh's Comment On Boman Irani's Instagram Live Is Every Husband's Story These Days)

Are you also impatiently waiting for the next video? Let us know!