February 6, 2020 was marked to be a special day for the Kapoors as a chowk in Mumbai got named after late producer Surinder Kapoor, father of Anil Kapoor, Boney Kapoor, Sanjay Kapoor and Reena Kapoor.

Belonging from a Punjabi Hindu family from Peshawar, Surinder Kapoor came to Bombay to create his niche in the film industry, just like his distant cousin, Prithviraj Kapoor. He had begun his career as a secretary of Geeta Bali and later became the most successful producers of Hindi film industry. With more than 15 films in his kitty, he also served as President of the Film & Television Producers Guild of India from 1995 to 2001. Surinder Kapoor was also honoured with the Shri L V Prasad Phalke award in 2009 by The Dada Saheb Phalke Academy. In 2011, he took his last breath after suffering from cardiac arrest. (Also Read: Janhvi Kapoor's Throwback 'Missing' Picture With Sister, Khushi Kapoor Is All About Sibling Bond)

Surinder Kapoor and his wife, Nirmal Kapoor are blessed with four children, Boney Kapoor, Anil Kapoor, Sanjay Kapoor and Reena Kapoor Marwah. Just like his father, Boney too, chose to stay behind the camera while Anil and Sanjay made their mark as actors in the film industry. Even their next generation, Sonam Kapoor Ahuja, Arjun Kapoor and Janhvi Kapoor have embarked on their journey of stardom as actors and are carrying forward the family legacy. 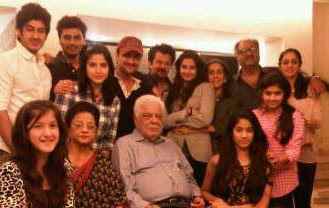 Sharing a glimpse from the unveiling ceremony, Arjun Kapoor wrote, “He came to this city with my grandmother not knowing what the future holds for him. He was maybe an outsider to this industry but he carved his way through from being an assistant in Mughal-E-Azam to having his kids and grandchildren continue his production his legacy and his family name ahead... thank you to all the people of Chembur to make this chowk a reality... our family strives to entertain all of you because my grandfather made his to this profession today we are privileged and yes we perhaps have a surname that is known but for our family it started in Mumbai with my grandfather Surinder Kapoor.” Sonam too, posted some pictures and a Boomerang with the caption, “At unveiling of the Chowk named for my grandfather SURINDER KAPOOR. With my amazing loving and mad family. Love you all… missed some of you.”

The proud son, Sanjay Kapoor penned down how emotional the moment is for the entire Kapoor clan and wrote, “At the unveiling of the chowk of my father in chembur, a very proud and emotional moment for the whole family! Love you Dad.” Mohit Marwah captioned his post as “At the unveiling of a chowk (intersection) in mumbai on my grandfathers name! What an honour! Long live his legacy! #famjam #surinderkapoorchowk.” Surinder Kapoor’s son-in-law, Sandeep Marwah too, shared a picture and a video, and wrote, “A Spiritual Day for the family. An intersection named in Chembur as Surinder Kapoor Chowk Mumbai #chembur #road #film #cinema #family #proudmoment.” (Also Read: Kareena Kapoor Quizzes Sara Ali Khan If She Has Had A One-Night Stand And About Modern Relationships) 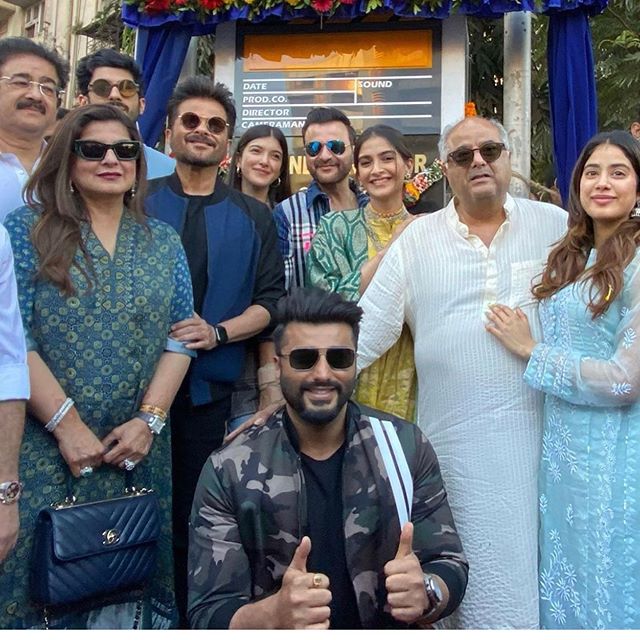 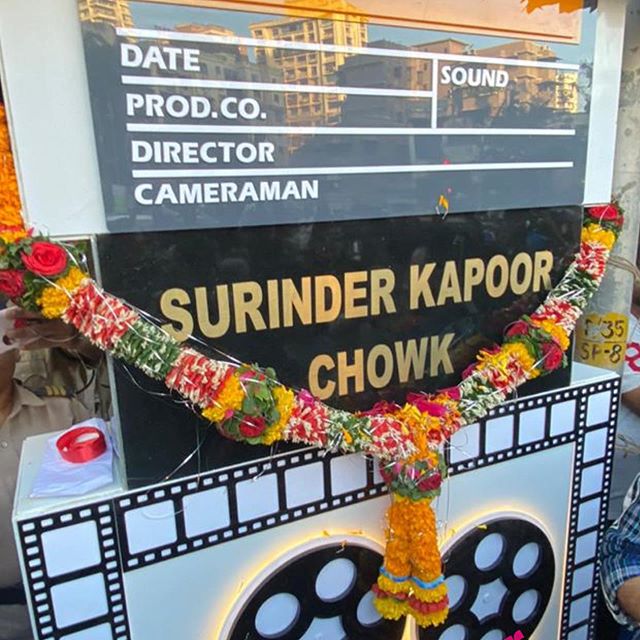 In a throwback interview with Rediff.com, Surinder Kapoor had revealed how Boney Kapoor’s first wife, Mona Shourie Kapoor used to live with him initially when the Mr. India producer got married to Sridevi. He had stated, “When he was 17, Boney told me that he wanted to work in the movies. So I spoke to Shakti Samantha, and Boney started assisting him. Later, when he showed interest in my work, I handed over my work to him and never interfered. I don't know whether he is making good or bad films but he is working. That keeps me happy. Mona [Boney's first wife] used to stay with me when Boney married Sridevi. But now, my house is under renovation so Mona bought a new house.” Speaking about his other children, he had continued, “Anil had to struggle a bit but today, he is very successful. He is the most successful among all my sons. Sadly, Sanjay never enjoyed success. But he is more educated and intelligent. I am happy with all my sons because they are all working. My daughter Reena is married to a very good man, Sandeep Marwah. He does not drink or smoke.” 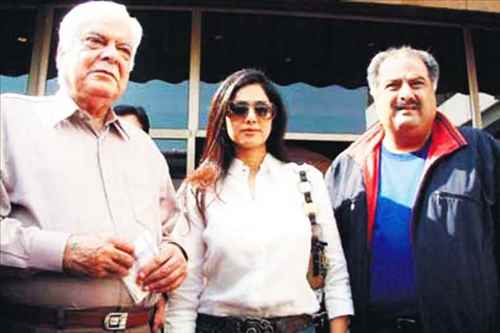 Calling Sonam Kapoor a better actor than Anil Kapoor, Surinder Kapoor was quoted as saying, “I saw Sonam in Saawariya, and the promos of Delhi 6. I think she's a better actor than Anil. Sonam hardly came to Boney's house [when I was living there], so I don't know much about childhood. Boney's son Arjun was studying films in the US. But I don't know what exactly he is studying. Anil's son Harshvardhan has also gone to Los Angeles -- in fact Anil and his wife are in LA for his admissions. I think he wants to become an actor. He was very fat earlier but now, he has reduced a lot. That's why I think he wants to become an actor now.” 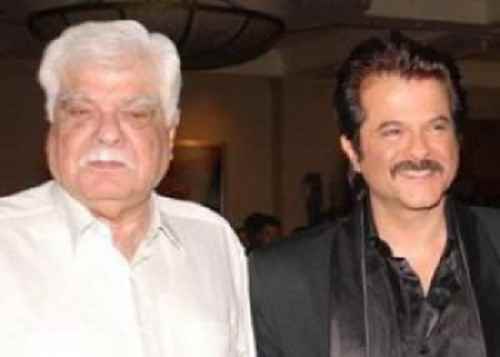 Sanjay Kapoor, in a throwback interview with The Times of India, had talked about his father, Surinder Kapoor. Narrating an incident on how once his father couldn’t send him abroad despite making a promise, Sanjay had stated, “There are many things that I had learnt from our father. Chimpu (Rajiv Kapoor) would always go abroad and bring us Batmans and strawberry rubbers. So, when I was in class X, I took a promise from my dad that if I came first class, he would send me abroad. I studied really hard and came first class, but coincidentally, one of my dad’s films did not do well at that time. He said to me, ‘If I send you abroad, people will ask me how I could send you abroad when my film had not done well.’ I felt bad as I could not go, but later, I realised his honesty and what he was trying to do that time. He has done that even earlier. He had seen a flat in Samudra Mahal in Worli for himself and had done the deal. He was making a film with Bhappi Sonie, who had also seen a flat in Worli, and even though my father did not owe any money to them at that time, they requested him for an advance to buy that flat. So my father gave them the money that he was to buy his own flat with and can you imagine, they bought the same flat that my father was buying.” Praising his father, Surinder Kapoor, Sanjay Kapoor had remarked, “My father would tell us, ‘Never see the few people ahead of you. Look at the people behind, some of who may also be more deserving than you. Be ambitious, but also be content.’ Later, Bhappi Sonie went through a bad time and had to sell his flat and shift into an even smaller place than where we were staying. My father would say, ‘My children are doing so well, so we are going up.’ He had a lot of goodwill. He was from Peshawar and would always go and drop any guest to the car. I am a happy guy as I think like my father. And that is why I have never been bitter or ever felt frustrated. I feel I have got a lot and thank God for it.” (Also Read: Sonam Kapoor Wears Her Mother-In-Law, Priya Ahuja's Neckpiece For Armaan And Anissa's Reception) 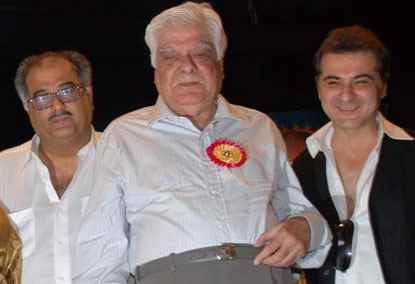 Heartiest congratulations to the Kapoor clan on this proud moment!