Scrolling through the social media, we found a video of baby Anayra Sharma, cuddled in her mommy, Ginni Chatrath's arms as daddy, Kapil Sharma plays with her and records the video. 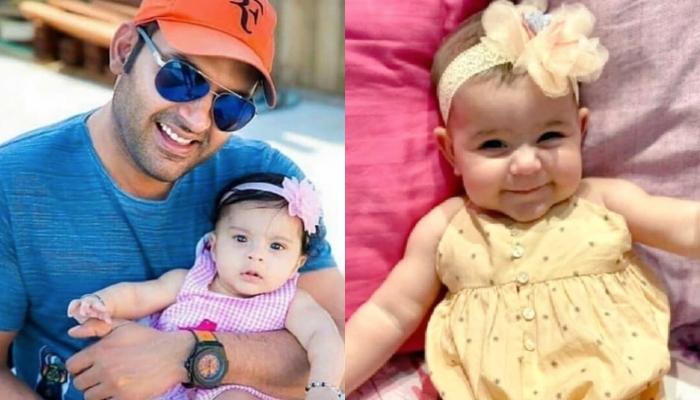 Embracing parenthood not only changes the lives of a couple but their individual personalities too. A daughter comes as an angel in her dad's life and makes him a better man with each passing day. Things he wouldn't have thought of doing or exploring his emotional side, all it needs is his little girl holding his fingers with her tiny hands. While the little one explores the world holding her daddy's hands, his entire universe revolves around his little angel in his arms. We can see the evident change in Kapil Sharma's life since he had embraced fatherhood in December 2019. (Also Read: Soha Ali Khan And Kunal Kemmu's 'Us Time' When Inaaya's Sleeping Is What 'Quarantine And Chill' Mean)

When Ginni Chatrath had given birth to their little angel, Anayra Sharma in December 2019, it was the elated daddy, who had shared the good news with his fans on social media. A month later, Kapil had finally introduced the future star of the 'Sharma' family to the world. Sharing his baby girl's picture, Kapil had revealed her name in the caption, which stated, "Meet our piece of heart “Anayra Sharma”." 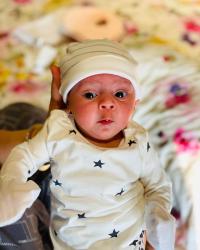 It has been almost seven months since Kapil Sharma and Ginni Chatrath had welcomed their little angel and the craze for every picture/video of hers is increasing with each passing day. Fans get delighted to see even a little glimpse of Anayra Sharma as her bright smile makes our dull day better. Scrolling through the social media, we found a video of baby Anayra, cuddled in her mommy, Ginni's arms as daddy, Kapil plays with her and records the video. Anayra looked super-adorable in a baby pink-coloured frock and matching headband.

In April 2020, Kapil Sharma had celebrated Durga Ashtami with Anayra Sharma, and his baby girl was all smiles for the camera in a super-adorable pink and yellow lehenga. Anayra had looked like sunshine with a pink hairband, bindi, teeka, and bangles. Kapil had captioned the pictures as “Jai mata di #ashtami #kanjakpoojan #daddysgirl #anayra #daughter #3monthsold #gratitude.” (Also Read: Suhana Khan Flaunting Lustrous Hair And Toned Midriff With Perfect Pout Proves She Is Weekend Ready!) 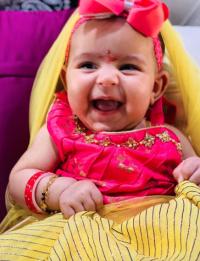 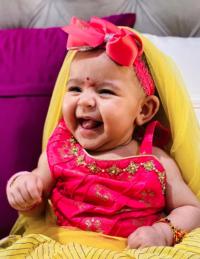 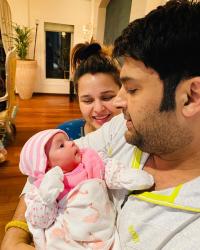 How he has been in lockdown since December when his wife, Ginni Chatrath delivered their daughter, Kapil Sharma had shared, “In a way, I have been in a lockdown state since December 10, the day Anayra was born. I would step out only for two days a week to shoot for the show.” Revealing who does Anayra Sharma resembles, Kapil had said, “She totally justifies her name — Anayra, which means happiness. She smiles like my mother and me. Hum teeno ki aankhein band ho jaati hain haste time. Khoobsurat apni mummy jaisi hai woh, and thank God for that.” (Also Read: Saroj Khan Revealed Why Her Father Changed Her Name From Nirmala, How She Began Working At Age Of 3) 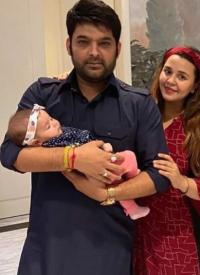