Embracing parenthood is one of the most beautiful feelings in the universe! The very fact that a little one is on his/her way to boss over your life is euphoric! While the final step of cuddling the little one seems miles away when a mommy-to-be is pregnant, it is the hectic yet blissful nine months which doesn’t seem to pass by. But enjoying the most of all the pre-baby moments, Kapil Sharma and his heavily pregnant wife, Ginni Chatrath are currently over the moon with the very thought of their first child’s arrival. (Do Read: Angad Bedi Feels Mehr Is Not Growing Up Like Her Mom, Neha Dhupia, Shares 11-Month Birthday Post)

Rumours about Kapil Sharma wife, Ginni Chatrath’s pregnancy were doing the rounds for a long time. While it did make us go gaga, but little did we know that India’s reigning comedian will confirm the news! As the couple will turn towards the completion of one year of their marriage in December 2019, Kapil and Ginni will also taste the beautiful fruit of parenthood. Kapil had recently hosted a fun baby shower for his pregnant wife, Ginni, the details of which we will share in the later paragraphs to come. But before we do so, checkout a picture from the baby shower below: While Ginni Chatrath’s baby shower picture looks beautiful, here we are, to share an inside detail about the same, hosted by her hubby, Kapil Sharma. Archana Puran Singh, who is the judge of The Kapil Sharma Show, was invited to celebrate Ginni’s baby shower. She took to Instagram and posted a fun video, which comprised of a game played by Kapil’s star team, comprising of Bharti Singh, Kiku Sharda and Krushna Abhishek, who were seen drinking fluids from feeding bottles! The rule was that the one who finished faster would win the game. As per the video, Abhishek gave up in the middle of the game and Bharti was seen accusing Kiku of cheating after she lost the ‘drinking from a feeding bottle baby shower game’! Archana captioned the fun video as “Kapil and Ginni Baby Shower: MOMENTS Fun n crazy games and laughter @kapilsharma @ginnichatrath Baby Shower at their beautiful and warm home. God bless the lil one n mum n dad to be. @bharti.laughterqueen @kikusharda @krushna30 #babyshower #babies.”

Kapil Sharma had beautifully hosted an extravagant baby shower for his heavily pregnant wife, Ginni Chatrath. On October 13, 2019, the star wife was spotted radiating ounces of pregnancy glow in her pink gown, floral tiara and a diamond neckpiece. The soon-to-be-daddy, Kapil had looked uber cool in a polka-dotted blue shirt and denim as he and his wife happily posed with the guests for pictures. Mahhi Vij, Kashmera Shah, Bharti Singh, Krushna Abhishek, The Kapil Sharma Show team and many others had made Ginni’s baby shower, a memorable affair. (Also Read: 'Taarak Mehta Ka Ooltah Chashmah' Fame, Priya Ahuja Rajda Looks Gorgeous In Her Baby Shower Pictures) 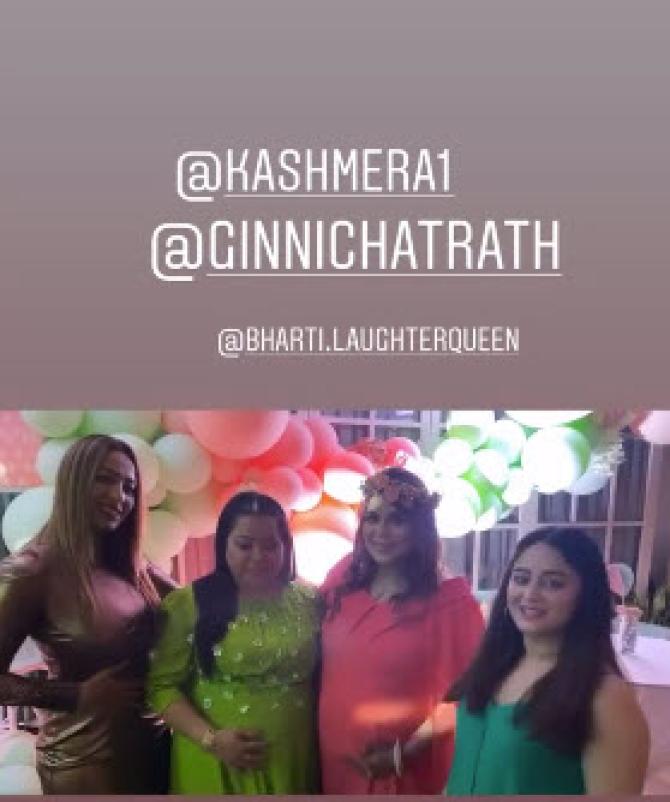 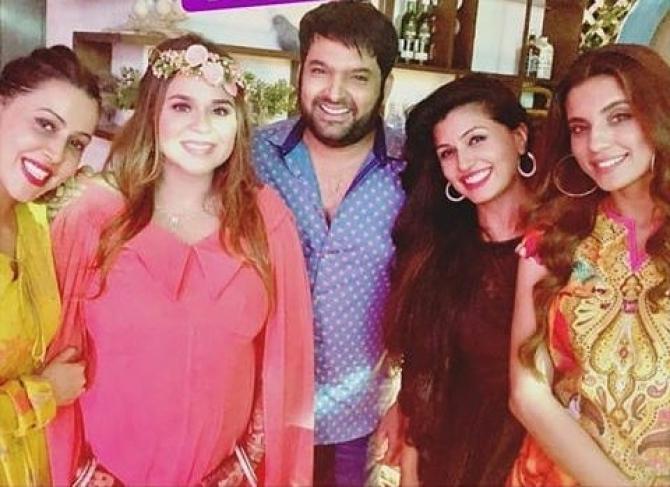 Ginni Chatrath is loved and adored by the entire team of Kapil Sharma’s show. In an interview with The Times of India, Bharti Singh was all praises about Ginni and had stated, “Ginni is such a wonderful and warm person. Whenever the TKSS team visits Kapil bhaiya's house for rehearsals, they are served with delicious food. Even though they have three cooks, Ginni personally looks after everything and instructs them what needs to be done. Even during pregnancy she stands for hours and takes care of everyone's choices.” It all started when a Mumbai Mirror report had confirmed Ginni Chatrath’s pregnancy and had shared that this celeb couple is expecting their first child. A source had shared with the portal, “They got the good news just a few days ago, Ginni’s due date is in December. Kapil has been busy with the shoot of his eponymous comedy show, The Kapil Sharma Show, but he has now scheduled his shoot in a way that he gets to spend more with her. She too has been accompanying him on the shoot so they can spend time together." The source has further added, "His colleagues ensure that she is well looked after on the set. At home, Kapil’s mother is taking care of her. Ginni’s family has also flown down from Jalandhar." 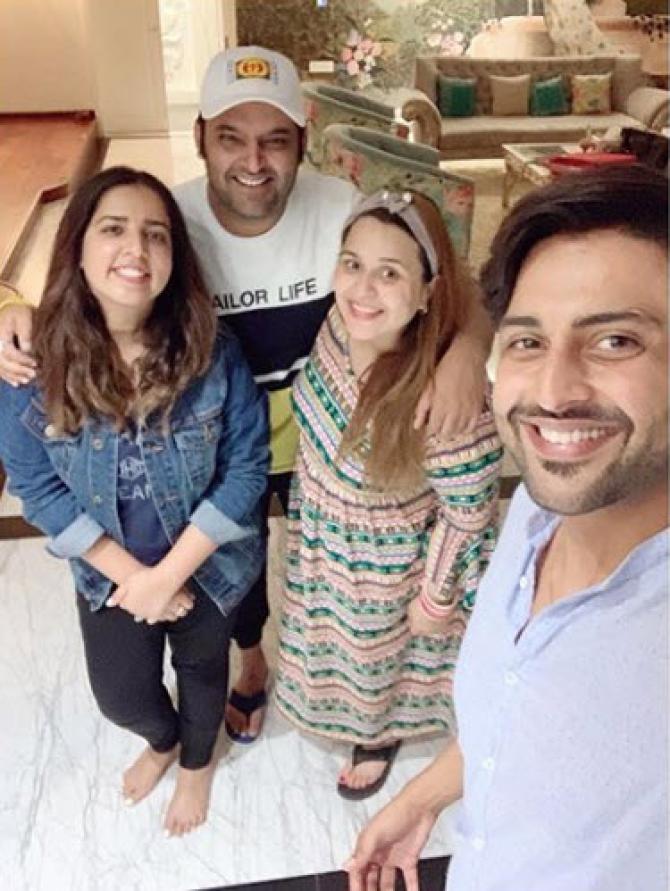 It was only later when the elated daddy-to-be, Kapil Sharma had finally confirmed the news with the Mumbai Mirror. Putting an end to the speculations and validating the same, the Firangi actor had stated, "I just want to take care of my wife and be by her side for now. We are obviously very excited as it's our first kid but my mother is the most excited. She has been waiting for this moment for years now. We are just praying for Ginni and the baby's health." Revealing how the Sharma-Chatrath family is happily looking forward to welcoming the new member in their clan, Kapil Sharma had continued, "There is no prep because we don't know if it would be a boy or girl. It's a happy time for the family and everybody is looking forward to welcoming the new member. I am dubbing for a film for children. So, once the baby grows up, it will pay off." (Must Read: Amy Jackson Celebrates 1 Month Birthday Of Her Prince, Andreas, Shares A Cute Mommy-Son Moment) Like Kapil and Ginni themselves, we can’t wait for the Junior Sharma to make her/his appearance soon!