Parenthood is one of the most blissful phases in a couple’s life. From changed priorities to a change in lifestyle, the world turns topsy-turvy for a newbie mommy and daddy when their baby arrives. Before welcoming the baby, comes the most blissful phase of pregnancy, wherein a woman goes through a gazillion bodily changes and mood swings. It then falls upon the daddy-to-be to ensure that the lady, who will bestow him with the greatest gift in life should be pampered to the fullest. And looking at the current situation, Kapil Sharma, the soon-to-be-daddy is sheer goals! (Do Read: Rohman Shawl's Latest Gesture For GF, Sushmita Sen Proves He Is In Awe Of Her And Is Her Biggest Fan)

2018 and 2019 only beams of happiness for Kapil Sharma. Not only did India’s most loved comedian resurfaced from the bottom in his career but also rewrote his personal life when he married his ladylove, Ginni Chatrath. And December 2019 means double celebrations for Kapil and Ginni for the duo will not only be celebrating their first anniversary but will also welcome a little dewdrop of happiness in their lives. More details about this duo later, but first things first! 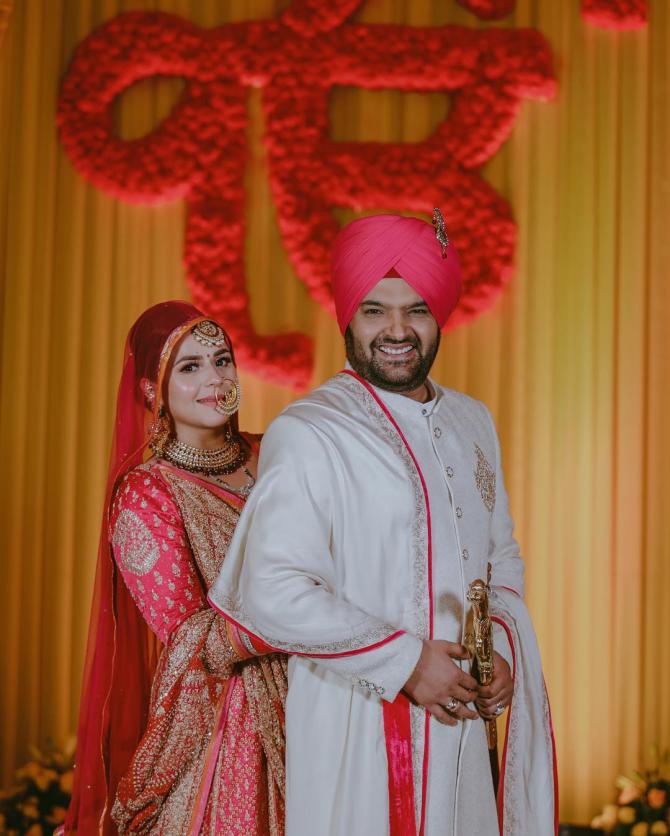 Kapil Sharma and his pregnant wife, Ginni Chatrath had recently jetted off to Canada for their babymoon. After their babymoon return, Kapil and Ginni recently attended their writer-friend, Vankush Arora and his wife, Riddhi Bhatt’s baby shower. An array of telly stars, including Krushna Abhishek, Kashmera Shah, Rochelle Rao and Keith Sequiera, Kiku Sharda, Sumona Chakravarti amongst others, were spotted at the baby shower. What was endearing was to notice Ginni flaunting her baby bump with the pregnancy evident from her face and her hubby, Kapil by her side! Here are the pictures: 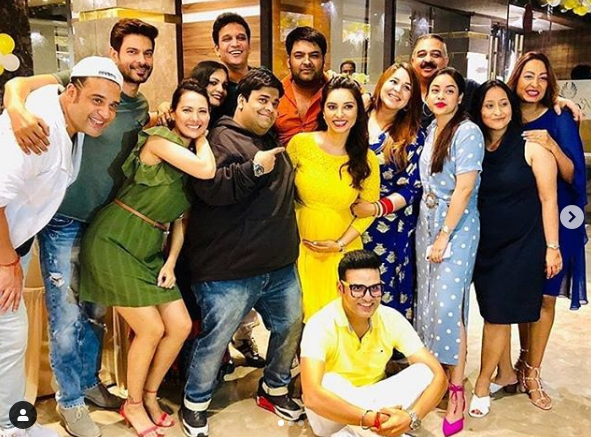 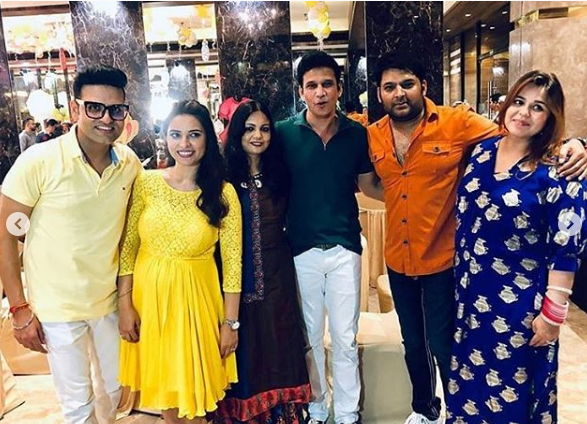 Well, looking at the pictures totally makes us want to take the fast-forward route in life and jump to Ginni Chatrath’s baby shower, right? Well, that too will happen soon enough! Coming back to Kapil and Ginni’s Canadian babymoon, the duo had flown off to Canada and was papped at the airport. Complementing each other in black and grey, the elated soon-to-be-parents had happily smiled for the camera as Ginni made her first-ever public appearance with her baby bump. Here is their airport picture: 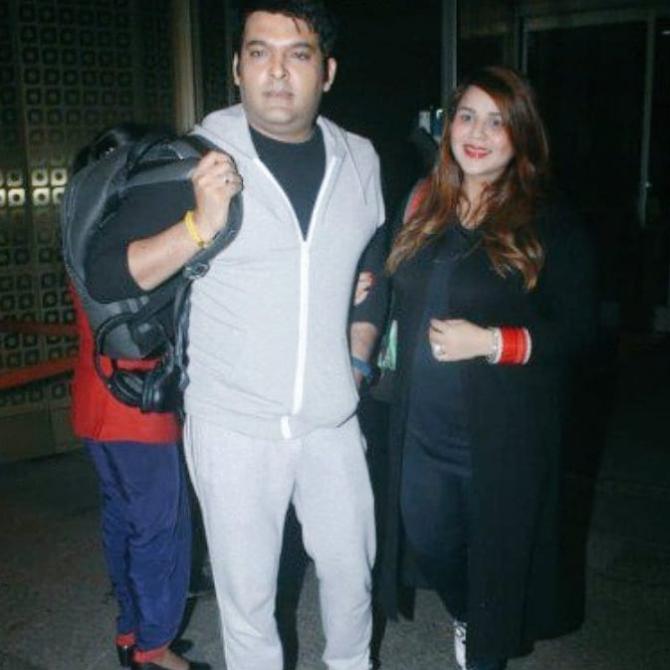 While we all have been waiting to catch glimpses from this celebrity couple’s holiday, Kapil Sharma and Ginni Chatrath had finally put the pieces of our heart in the right order when they had shared the first-ever couple picture from their babymoon. In the picture, Kapil was seen walking beside his preggy wifey, Ginni, who had held onto his arm as they enjoyed their babymoon. The soon-to-be-daddy had captioned the picture as “You and I in this beautiful #world #love #whistler #beautifulbritishcolumbia @ginnichatrath.” (Must Read: Pooja Batra Sports Red Bikini As Nawab Shah Flaunts His Abs In Pool, Give Beauty And The Beast Feel) A few days back, we had shared with you, a report by Pinkvilla, which contained details about Kapil Sharma and Ginni Chatrath’s babymoon. A source had shared with the portal, “Kapil will be taking off to Canada for around 10 days with wife Ginni as he hasn't taken her for a long-overdue proper honeymoon so far. Ginni who is almost 3-4 months pregnant now has been very much patient with Kapil when it comes to adjusting to his schedule, and hence, Kapil has decided to take this time off.” 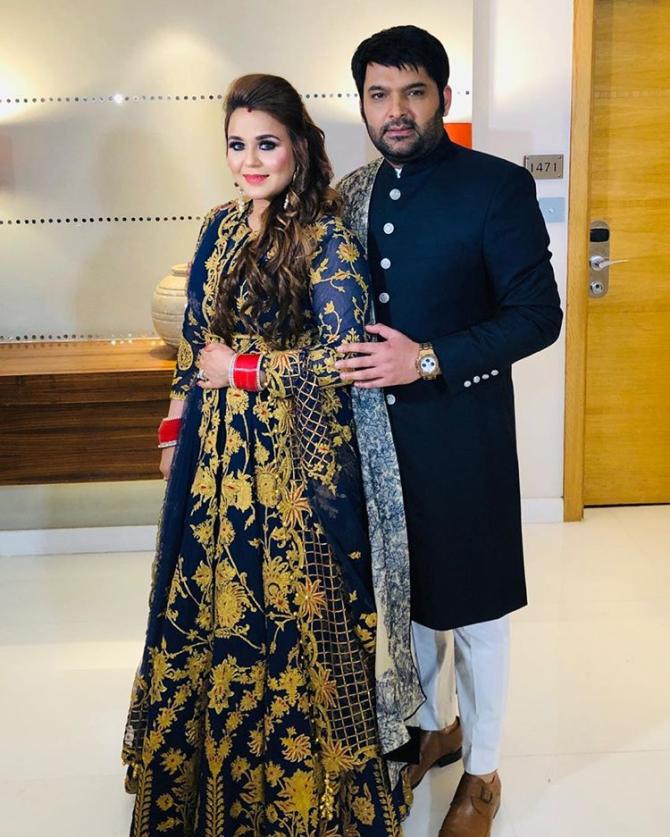 And as dreamy as it may sound, a Mumbai Mirror report had recently confirmed Ginni Chatrath’s pregnancy and had shared that this celeb couple is expecting their first child. A source had shared with the portal, “They got the good news just a few days ago, Ginni’s due date is in December. Kapil has been busy with the shoot of his eponymous comedy show, The Kapil Sharma Show, but he has now scheduled his shoot in a way that he gets to spend more with her. She too has been accompanying him on the shoot so they can spend time together." The source has further added, "His colleagues ensure that she is well looked after on the set. At home, Kapil’s mother is taking care of her. Ginni’s family has also flown down from Jalandhar." 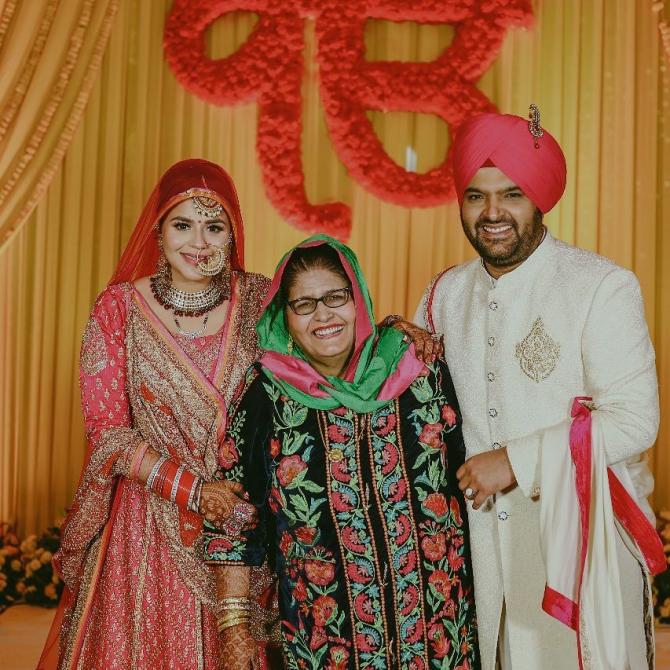 It was only later when the elated daddy-to-be, Kapil Sharma finally confirmed the news with the Mumbai Mirror. Putting an end to the speculations and validating the same, Kapil had stated, "I just want to take care of my wife and be by her side for now. We are obviously very excited as it's our first kid but my mother is the most excited. She has been waiting for this moment for years now. We are just praying for Ginni and the baby's health." Revealing how the Sharma-Chatrath family is happily looking forward to welcoming the new member in their clan, Kapil Sharma had continued, "There is no prep because we don't know if it would be a boy or girl. It's a happy time for the family and everybody is looking forward to welcoming the new member. I am dubbing for a film for children. So, once the baby grows up, it will pay off." (Also Read: 38-Weeks Pregnant, Bruna Abdullah, Gives Closer Look Of Her Baby Bump, Pregnancy Glow Is Unmissable) 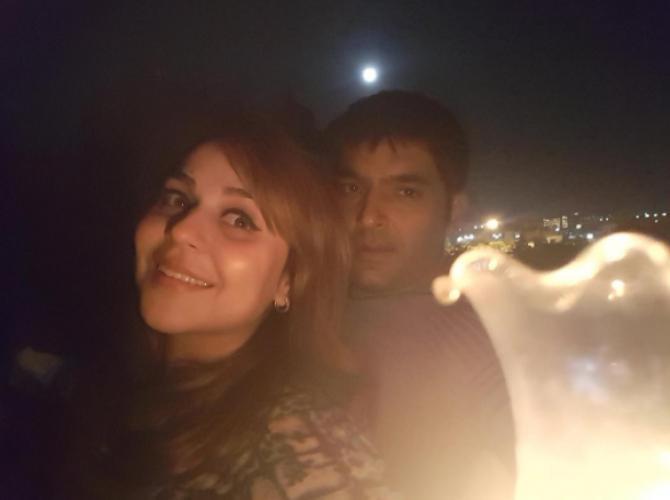 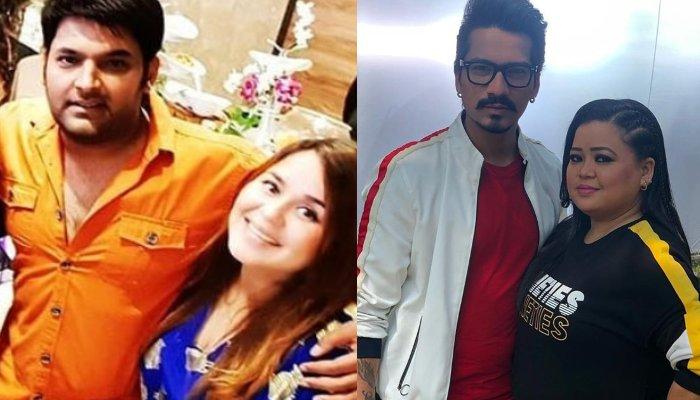