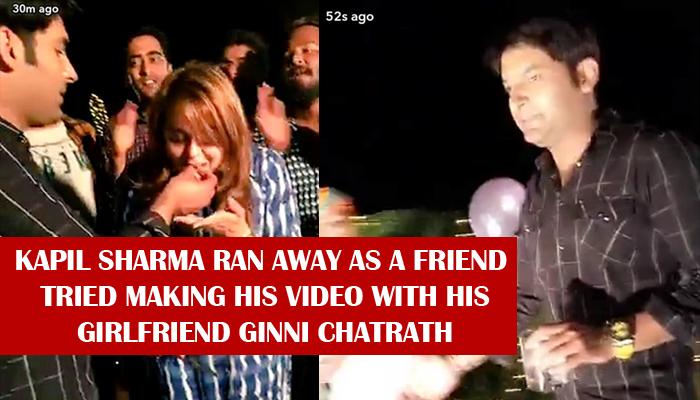 Last few weeks have been quite eventful for the star Indian comedian Kapil Sharma. He has constantly been in the news because of the ugly brawl that took place on an Air India flight between him and his co-stars following which, actors Sunil Grover, Chandan Prabhakar and Ali Asgar even left his show. Ever since that incident took place, the actor-comedian’s show’s (The Kapil Sharma Show) fate has become the talk of the town.

While the fallout between Kapil Sharma and Sunil Grover left all his fans heartbroken, there is something else that made them happy about the man who has been making them laugh for more than a decade.

Yes, just before the news of a fight between Kapil and his co-stars came in the picture, he introduced his girlfriend, Ginni Chatrath, to the world. He shared this adorable picture of himself and Ginni on his social media handles:

“Meet my wife .. I love her more then Deepika!”

He posted the same picture on Twitter and wrote this along with it: 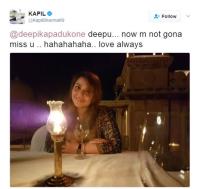 Naturally, the fans are ecstatic to know about this development in Kapil’s life, and they just want to see more of ‘Kapil and Ginni’!

And for all his fans’ rejoice, we have something special! Kapil, who is busy shooting for his upcoming film, Firangi, turned 36 on April 2, and guess who accompanied him on the sets? Yes, it was none other than his sweetheart Ginni, who came all the way to Rajasthan to make Kapil’s day all the more special! What’s more, we even have a few videos of the evening where the two lovebirds are having a great time together.

So, without further ado, here goes the “cake cutting” video:

And, here’s a cute one! When one of Kapil’s friends tried to make a video of him and Ginni together, and the shy actor ran away:

Aww that’s so adorable, isn’t it? Here are some pictures of the celebration: 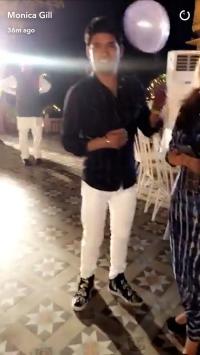 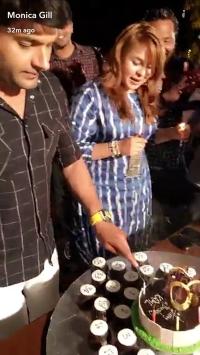 Kapil also thanked his fans and friends for their wishes through this tweet:

Recently in an interview, Kapil revealed that he’d be marrying Ginni in January 2018, and we wish them loads of luck for that. Also, let’s hope things get better for Kapil on the professional front too because we all are missing the iconic Kapil-Sunil jodi, aren’t we?