Celebrity weddings are raining these days. After Deepika-Ranveer and Priyanka-Nick, another Bollywood star is all set to take the nuptial plunge. The Kapil Sharma Show star and host, Kapil Sharma is getting married to his long-time girlfriend, Ginni Chatrath on December 12, 2018, in Jalandhar, Punjab. Kapil and Ginni’s pre-wedding festivities have already begun with Akhand Path ceremony which was held on December 2, 2018. (Suggested Read: Arjun Kapoor Calms Sister Anshula Kapoor As She Remembers Their Mom Mona Shourie In A Heartfelt Post)

Amidst the excitement and joy, we would like to bring for you an interesting piece of news for all the Kapil Sharma fans out there. Even though Kapil is a superstar, he hasn’t forgotten his roots. Guess what? Kapil and Ginni have chosen an old iconic shop in Jalandhar for their invitation cards, boxes and sweets. For sweets, Kapil and Ginni chose Lovely Sweets, a 60-year-old sweets manufacturer and for their invitation cards, they chose Lovely Imagination, both situated in Jalandhar, Punjab.

As per a report in the Economic Times, Kapil and Ginni wanted something which is a perfect blend of tradition and modernity. Naresh Mittal, Director of Lovely Sweets, said, "Ginni had come along with her family members and friends to see our new collection, and she liked our designs and presentation style, instantly. Ginni and Kapil wanted a perfect amalgamation of 'traditions and modernity' and our luxurious Royalty collection fit the bill perfectly.” 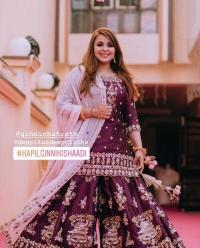 He further added, “Both Kapil and Ginni were keen to share the flavours of Punjab with a touch of modernity and wellness with all friends and relatives invited for the wedding. They finally chose an eclectic mix of Dry Fruit Punjabi Panjeeri, Nutty Delights, Green Tea and Baked Delights as an accompaniment for their wedding invitations adorned by traditional Indian motifs and symbolism of elephants.” (Don't Miss: Arjun Kapoor Is 'Green With Envy' As His Alleged Girlfriend Malaika Arora Poses With Karan Johar) 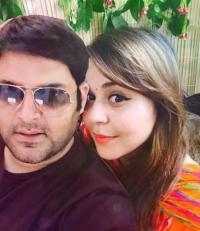 Kapil and Ginni’s wedding will surely be a rocking affair with both a modern and traditional touch. Coming back to their wedding invitation cards, Shaishav Mittal, Co-Founders of Lovely Imaginations said, “An innovative feature we added were bar codes on every invitation so that there is foolproof security and no wedding crashers. Everything -- from card design and box presentation was sent across to Mumbai for Kapil's consent. He loved everything, and we couldn't have been happier as we are all his big fans.” 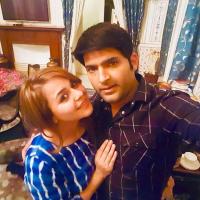 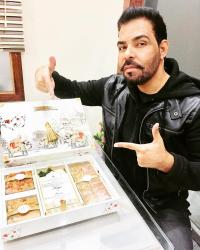 Kapil and Ginni will get married at the Grand Cabbana, Jalandhar. A couple of days post their wedding, on December 14, the couple will host a reception party for their industry friends and colleagues in Mumbai. Talking about his wedding, Kapil told IANS, “The wedding is on December 12 in Jalandhar. That’s Ginni’s hometown. We wanted to keep it low key. But Ginni is the only daughter in her family. Her folks wanted the wedding to be on a lavish scale. And I completely understand their sentiments. My mother also wants the wedding to be lavish.” Check out Kapil and Ginni’s wedding invite: 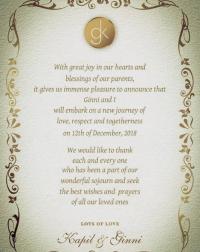 In a recent interview, Kapil reminisced the days when he started seeing Ginni during their college and shared that they did not date in conventional ways. Kapil said, "We did not have the usual dating scenario as both our families are conservative. Last year, when I was going through a low phase, she was there with me throughout. That’s when I felt that if she is with me during my low phase, then she is the one for me. I can rely on her.” (Also Read: Priyanka Chopra And Nick Jonas Will Go To An Exotic Location For Their Short Honeymoon) 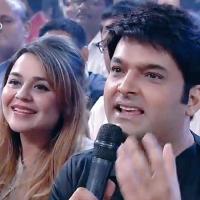 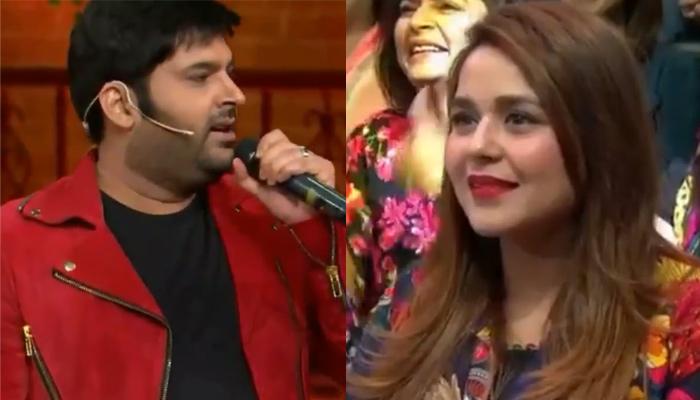