Kept in isolation for treatment, singer Kanika Kapoor misses her family and long to reunite with them soon. Who would've thought the extent of havoc that the year 2020 has wrecked on us? Every unimaginable thing, that we had nightmares about or had only seen in movies so far has happened, be it the deadly Australian bushfires, followed by the deadly storm and now this Coronavirus Pandemic. Being forced to lock ourselves in our home due to this perilous outbreak, we couldn't have imagined something like this some 3-4 weeks ago. How strange, life changes and turns around in the blink of an eye. This Coronavirus pandemic is turning out to be the most widespread and precarious epidemic ever, and a lot of prominent people affected by it are proof of the same. (Recommended Read: Tisca Chopra Follows Anushka-Virat's Path, Chops Down Husband, Sanjay Chopra's Hair)

Popular singer, Kanika Kapoor had tested positive for Coronavirus on 20th March, after she had returned from London on the 9th of March. Kanika was bashed all over the media for hiding her travel history and partying and going out even though strict guidelines were issued for people who have travelled from abroad, to stay in quarantine for 2 weeks. Allegedly, Kanika Kapoor had thrown a big party in a five-star hotel in Lucknow, after returning from London, which was attended by over 1000 people, including Bollywood celebrities and politicians.

Kanika Kapoor was tested positive for Coronavirus shortly after and was admitted to Lucknow's Sanjay Gandhi Post Graduate Institute of Medical Sciences (SGPGIMS) hospital. Since then she has been receiving treatment for the same, but apparently, not much improvement was cited in her condition, as she had tested positive for the fourth time since admitted. In these dark times, Kanika is keeping her hopes high and is fighting bravely. She took to her Instagram handle to share a post which said, "Life teaches us to make good use of time, while time teaches us the value of life." She had uploaded the photo with a caption which can be read as, "Going off to bed. Sending you all loving vibes. Stay safe you guys. Thank you for your concern but I am not in the ICU. I am fine. I hope my next test is negative. Waiting to go home to my kids and family. miss them!"

After Kanika was tested positive for the fourth time, one of her family members, on the condition of not revealing the name has said, "We are now worried over the test reports. It seems that Kanika is not responding to treatment and in this lockdown, we cannot even airlift her for advanced treatment. We can only pray for her recovery." Kanika, when diagnosed for the first time with the novel coronavirus, had taken to her Instagram to share the news, with the caption, "Hello everyone, For the past 4 days I have had signs of flu, I got myself tested and it came positive for Covid-19. My family and I are in complete quarantine now and following medical advice on how to move forward." She had faced a lot of bashing over hiding her travel history, reckless partying and careless approach. She had deleted the post from her Instagram. (You May Also like: Kareena Kapoor Khan's 'In-House Picasso', Taimur Ali Khan Paints A Picture Of Their Day On The Beach)

She had further stated, "Contact mapping of people I have been in touch with is underway as well. I was scanned at the airport as per normal procedure 10days ago when I came back home, the symptoms have developed only 4 days ago. At this stage, I would like to urge you all to practice self-isolation and get tested if you have the signs. I am feeling ok, like a normal flu and a mild fever, however we need to be sensible citizens at this time and think of all around us. We can get through this without panic only if we listen to the experts and our local, state and central government directives. Wishing everyone good health. Jai Hind! Take care, KK.” The doctors at SGPGIMS have assured that the singer is in a stable condition, although they've denied commenting any further. (Suggested Read: Soha Ali Khan's Daughter, Inaaya Naumi Kemmu's House Party Picture Is Every Quarantine Party Ever)

We wish Kanika Kapoor a speedy recovery and strength to her family to deal with such difficult times. 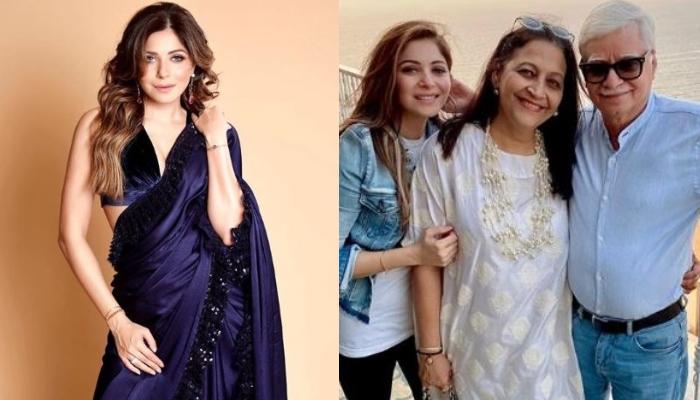 The situation is getting worse and worse across the globe as COVID-19 is taking a lot of lives every day. So far, no vaccine has been found to tackle this pandemic and the only option we have right now is to lockdown ourselves in our homes. Well, that’s exactly what