Kangana Ranaut turns 33 and her family hosted a special birth 'puja' for her 33rd birthday in Manali. Check out the pictures below! 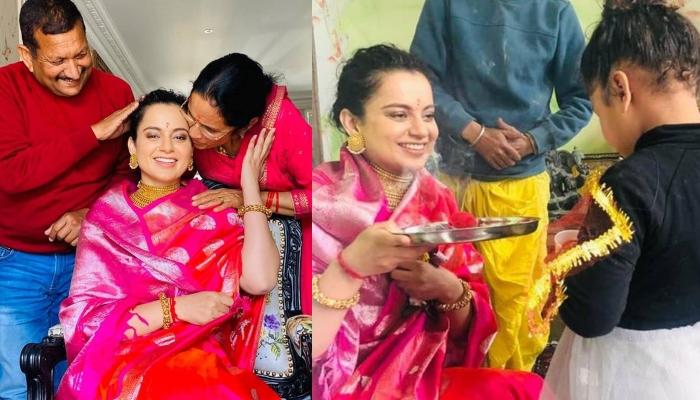 The world of glam and glitz is filled with star kids that get everything served on a silver platter. But then there is Kangana Ranaut, who made her own path and climbed the ladder of success. While everyone attended award shows and made fun of the nepotism talk, the actress showed her worth with her impeccable acting skills. The actress has started from scratch and proved her acting prowess to the world. And her achievements roared like a lion in the face of all those, who had once mocked her. (Recommend Read: Arjun Kapoor Revealed How Arpita Khan Had Dumped Him And His Bond With Salman In Throwback Interview)

Apart from her films, Kangana is also famous for talking her heart out and addressing issues, she strongly believes in. She had even landed herself in the biggest controversies and yet she kept her head held high. Kangana is truly a diva, who is born to be the leader and not a follower. To put in one line, her journey from being an outsider to the highest-paid actress is quite remarkable. She is one of those stars, who can make herself stand out in a big crowd while wearing a simple cotton saree. 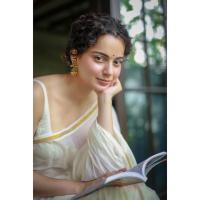 On March 23, 2020, Kangana turned a year older and her family hosted a special birth puja to celebrate the day. In one of the pictures shared by Kangana's team on Instagram, we can see the actress dressed in a red saree while her parents bestowed their love on her. The Instagram post can be read as "The Ranauts organised a birth pooja for the birthday of #KanganaRanaut. Goddess Durga is worshipped during this Pooja in the form of Kanyas. This is pure joy, guys." Check out the pictures below: 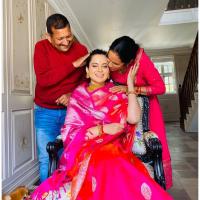 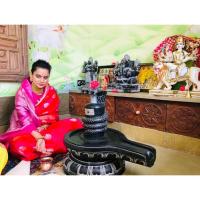 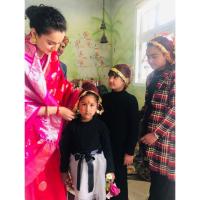 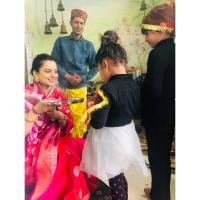 Kangana Ranaut's sister, Rangoli Chandel also shared a special birthday wish for her sister. She posted a childhood picture and wrote, "This used be a just an ordinary day, until you came along and made it awesome! Happy Birthday my little sister! We are so lucky to have you! Gratitude." (Also Read: Kriti Sanon Turned Johnny Walker From 'Sar Jo Tera Chakraye' For Sister, Nupur During Janata Curfew) 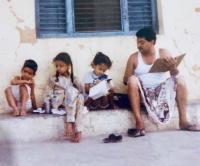 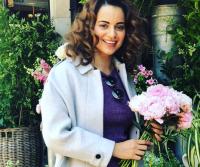 On March 17, 2020, Rangoli had shared two pictures of Kangana with her son, Prithvi on her Twitter handle and had thanked coronavirus for the same. Yes, Rangoli had shared cute pictures of Kangana showering her love on Prithvi, and along with it, she had written, "Massi has just landed in Manali and Prithu is too thrilled to get some chocolates, after all this Corona fellow isn’t all that bad because of Corona now our baby girl will be with us for her birthday."  (Don't Miss: Shahid Kapoor Admits Listening To Wife, Mira Rajput Kapoor Has Changed His Life And Defines Soulmate) 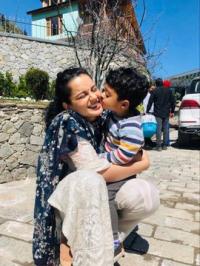 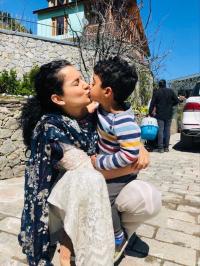 If you can dream it, you can do it! And no matter what the world says to you, all your dreams can turn into reality when you have the courage to pursue it. B-town's Queen, Kangana Ranaut changed the entire scene for women in Bollywood. She won millions of heart with