Kamya Panjabi Shares An Old Still Of Her First Dance Post Wedding As She Misses Her Husband, Shalabh

Kamya Panjabi Shares An Old Still Of Her First Dance Post Wedding As She Misses Her Husband, Shalabh

Kamya Panjabi posts a beautiful throwback picture of her first dance with her husband, Shalabh Dang as she misses him. Scroll down to check it out!

Kamya Panjabi had become Kamya Shalabh Dang on February 10, 2020, when she had become one and forever with the love of her life, Shalabh Dang. Kamya Panjabi and her husband, Shalabh Dang's first meeting dates back to February last year when she had consulted the Delhi-based doctor, for a health issue after a friend had recommended him to her. And that was when, the doctor had become a 'patient of heart' forever, as he had fallen in love with Kamya! Within a month-and-a-half, Shalabh had proposed Kamya for marriage. Then, a year later, in the same month, Shalabh and Kamya were pronounced husband and wife! (Recommended Read: Virat Kohli Shares A Throwback Picture With His 'One And Only' Anushka Sharma From Their Vacations)

Kamya and Shalabh have been enjoying their married life with their kids, Aara (Kamya’s daughter from her first marriage) and Ishaan (Shalabh’s son from his first marriage), and keep giving sneak-peaks of their adorable PDA moments, dinner dates, celebrations and happy moments, on their social media handles. Scroll down to check out a beautiful throwback picture shared by Kamya of her first dance with her husband, Shalabh as she misses him! 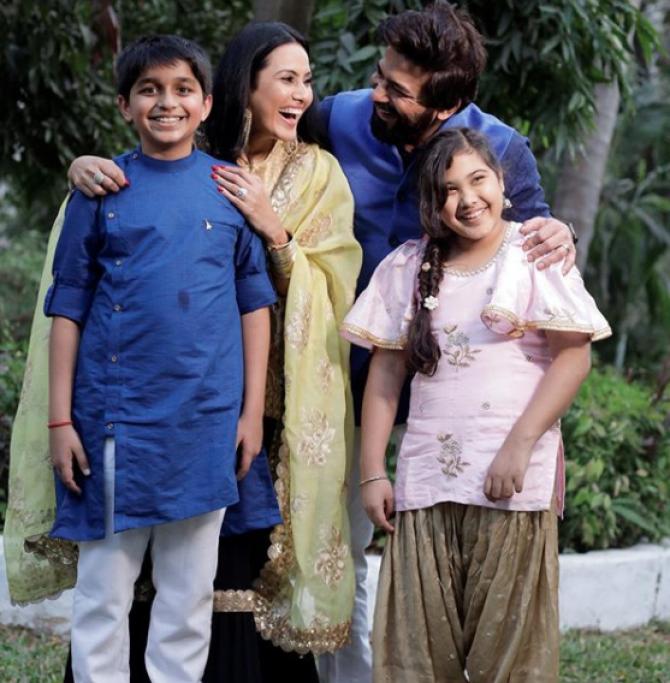 Kamya Panjabi took to her Instagram handle on June 23, 2020, to share a beautiful still of her dancing with her husband, Shalabh Dang. The picture is special as it entails the maiden voyage of a beautiful journey the couple has embarked since it's a still from their first dance as husband and wife! The picture sees a gorgeous Kamya, holding onto her husband, Shalabh Dang, looking deep into his eyes and smiling as if the world is at her feet, while Shalabh looked at her as though she is the most precious possession he has! Donning a purple saree with red chuda and minimal makeup, Kamya looked ethereal in this throwback picture while her husband, Shalabh looked all shades dapper in a black tux. Kamya also put a sweet caption beside the picture, which can be read as "Missing this man @shalabhdang." Check out the beautiful picture below: 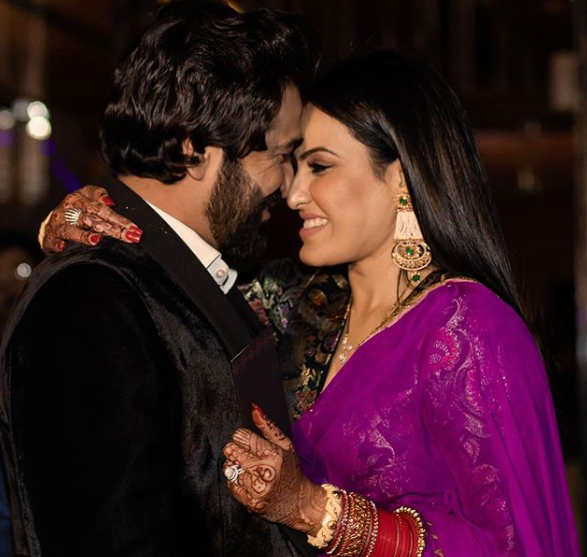 The doting wife never shies away from sharing their adorable PDA moments with her fans on her social media handles, an instance of which we had seen some days ago. On April 15, 2020, Kamya Panjabi had taken to her Instagram handle and had shared a romantic picture from their dinner date in quarantine. In the picture, the couple could be seen gazing at each other in the low-light setting of candles. Behind them, we could see the empty and beautiful looking streets of the city that makes the picture more magical than usual. Along with the picture, Kamya had written a single line caption that could be read as “Dinner Date with My Dang @shalabhdang.” (Also Read: Rajeev Sen Rubbishes Reports Of His Troubled Marriage With Wife, Charu Asopa) 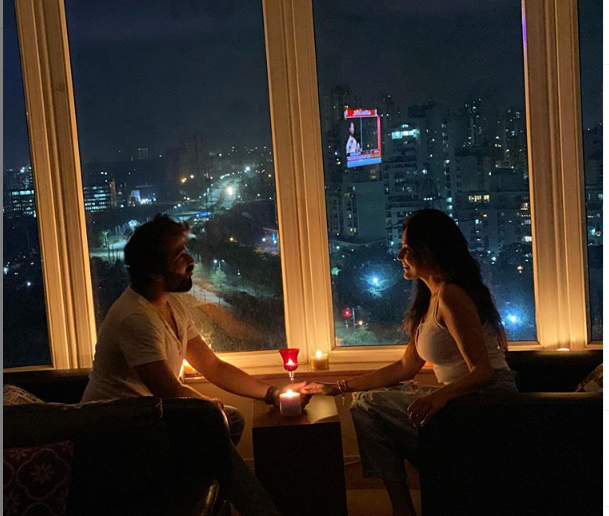 Some time back, in an interview with Pinkvilla, Kamya had revealed how it was love at first sight for Shalabh while she had taken her own time, "He fell in love with me very instantly but I took my little time to fall in love. We spoke to each other a lot on phone for a month or something but then we met when he was coming to Mumbai for some work. He met me and he shared that he liked me within the first few days and he made sure to make me realise it too in like 15 days." In the same interview, the loving husband, Shalabh had revealed what was that something in Kamya, that had made him fall in love with her. He had said, "When I saw her for the first time, I realised she is so warm, sensible and giving nature. So, these are a couple of things which I really loved. She was a single parent and so was I; so, I realised that we can really tell." (You May Also Like: Richa Chadha Calls The Year 2020 'Manhoos' As It Ruined Her Wedding Plan With Ali Fazal) Well, we really like the jodi of Kamya Panjabi and Shalabh Dang! How about you?