Kamya Panjabi and her beau, Shalabh Dang are all set to tie the knot on February 10, 2020. On January 18, 2020, Kamya took to her Instagram handle and shared a partial glimpse of her wedding card.

One of the best feelings of this world is when you tie the knot with the man of your dreams. Your life makes a beautiful transition from partners to soulmates. Being in a relationship is an amazing feeling but more than that, tying the knot with the one you love makes it blissful. From walking hand-in-hand to taking the saat pheras of the holy matrimony, a couple feels on top of the world when they spend the rest of their lives in the arms of their beloved. Television actress, Kamya Panjabi is going through the same emotions as she is all set to tie the knot with the love of her life, Shalabh Dang. (Also Read: Sanjay Dutta Shares An Adorable 'Full-Split' Picture Of Son, Shahraan, Calls Him Little Karate Kid)

Kamya Panjabi’s personal life was never a bed of roses. From a failed marriage to a broken heart, she has dealt with everything with a brave face. After her divorce with Bunty Negi in 2013, Kamya had gotten into a serious relationship with actor, Karan Patel. After dating for two years, the duo had parted ways. Kamya, who has a daughter from her previous marriage was also rumoured to be dating Bigg Boss 10 winner, Manveer Gurjar. After going through a lot of ups and downs in her personal life, Kamya has finally found the man of her dreams in Delhi-based healthcare professional, Shalabh Dang. 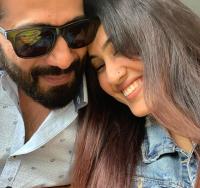 Kamya Panjabi and her beau, Shalabh Dang are all set to tie the knot on February 10, 2020. On January 18, 2020, Kamya took to her Instagram handle and shared a boomerang giving a glimpse of her wedding card. Along with the boomerang, she wrote a caption revealing her wedding hashtag. Her caption can be read as “Ganapati Bappa Moryaa #ShubhMangalKaSha.”

On November 21, 2019, Kamya had announced the ‘good news’ of her wedding with her fans on her Instagram handle. Kamya had written, “So here I m with my fav picture with my fav man announcing my fav date #10thFeb2020 Bless Us for this New Journey New Beginnings.” In an interview with the Bombay Times, Kamya had confirmed her wedding date to be February 10, 2020, and the pre-wedding functions would begin from February 9, 2020. The wedding would take place in Mumbai followed by a grand reception. Another reception would take place in Delhi soon after. Coincidentally, it was in February 2019 when Shalabh and Kamya had met and a few months later, he had popped up the much-awaited question to his ladylove. (Also Read: David Dhawan Reacts On Rumors Of Son, Varun Dhawan And Natasha Dalal's 2020 Wedding In Goa)

On October 27, 2019, Shalabh had turned a year older and it was his ladylove, Kamya Panjabi who had taken to her Instagram handle and had posted pictures of herself with Shalabh spending some ‘Us’ time on a beach. Along with the pictures, she had written, “Hey you! You know I’m the kinda woman who always had her own back, sometimes I did not want to despite doing it very well but mostly because no hand was as capable and stronger than the one wrapped around me today, Hey you! Thank you for coming into this world, thank you for being born and I’m now absolutely sure that you did it for me, let me tell you on your Birthday what you mean to me but that won’t be on insta so for here I wish you a very HAPPY BIRTHDAY MY KING @shalabhdang.” 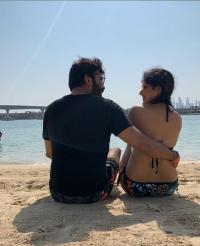 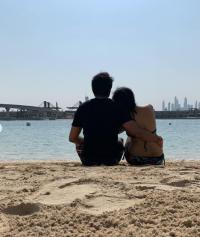 In an interview with SpotboyE, Kamya Panjabi had opened up on her relationship. Sharing the reason why she took time to say 'yes' to Shalabh Dang, she had stated, "I was sure about Shalabh since the time he proposed to me but I wasn't sure if I wanted to take the responsibility of a marriage, kyunki main itni dari hui thi. So, I took some time but then finally said yes because I felt that if I am sure about him then this marriage will also be good and beautiful. And gradually, I accepted it and now I don't have any kind of hesitation. In fact, I am super excited to get married to him." (Also Read: Sunny Leone Shares A Monochrome Picture Of Herself Snuggling Her Daughter, Nisha Kaur Weber) 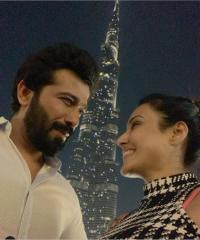 We can’t wait to see Kamya in her wedding attire. What about you? Keep us posted. February marks the celebration of love! The entire world is painted red, heart-shaped balloons and chocolates can literally be seen at every shop, and every young couple can be seen out on the streets. There are many, who think that love needs no special day to celebrate, but the fact is that