Kalki Koechlin and her partner, Guy Hershberg welcomed their daughter on February 7, 2020. On February 14, 2020, Kalki shared an adorable Valentine’s note for Guy. One of the most blissful moments is being with someone, who understands every emotion of yours. Our life looks beautiful as we walk hand-in-hand with the one we love, from sharing coffee to sharing lives, the connection that love has cannot be described in mere words. From star-gazing to enjoying the first rain of the season, love has the power to overcome any pain. And Kalki Koechlin is experiencing a newfound love in the form of motherhood. She had welcomed her little angel on February 7, 2020. (Also Read: Shilpa Shetty's Heartfelt Poem For Raj Kundra On Valentine's Day Is All About Love And Couple Goals)

The Dev D actress had announced her pregnancy with her Israeli classic pianist boyfriend, Guy Hershberg on September 29, 2019. Since the day, Kalki had embraced motherhood, she had flaunted her baby bump with ace and had made all her fans eagerly wait for the big news of her little one's arrival. The actress was earlier against the idea of motherhood but her unexpected pregnancy has changed her entire concept of motherhood and parenting. Ever since the birth of her little bundle of joy, Kalki is riding high on motherhood.

On the occasion of Valentin’s Day, Kalki Koechlin made sure to thank her partner, Guy Hershberg. On February 14, 2020, she took to her Instagram handle and shared a droolworthy picture of her daughter, Sappho resting peacefully on her daddy’s chest. Along with the picture, she wrote a beautiful note that can be read as “My Guy and my girl. Not much of a Hallmark consumer, but this Valentine's I'm feeling particularly gushy, for obvious reasons. @guyhershberg I couldn't ask for more, you are always more... #valentineseveryday #marvelous #bestpartnerever.” 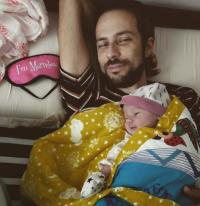 On February 10, 2020, Kalki had taken to her Instagram handle and had shared a series of pictures with her beau, Guy and her little baby girl and the hospital staff, who had helped her deliver her baby via water birth. The actress had narrated her delivery story and had written, "So thankful to the whole team at Tulip Women's Care and to my to doctors @docsheetalsabharwal and @drrvpunjabi who simply refused to give up on me even when after 17 hours I was so tired I begged them to take the baby out any way they could and they said no, you've come this far and you're going to have your natural water birth, and an hour later Sappho was born. You guys are miracle workers!" (Also Read: On Valentine's Day, Nehha Pendse Reveals The Secret Behind Her Happy Married Life With Shardul Bayas) 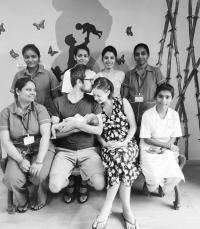 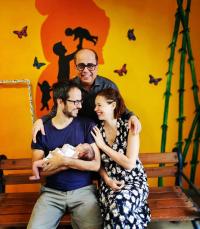 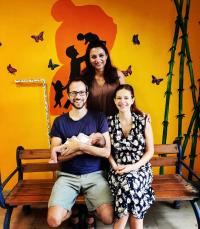 On February 9, 2020, Kalki had taken to her Instagram handle to announce the name of her little angel with a picture of two footprints. Along with the picture, she had written a heart-melting note for her doting daughter and to all those women, who had experienced childbirth. Her note could be read as “Please welcome Sappho. Born 07/02/20. She just spent 9 months wrapped up like a momo in my uterus. Let's give her some space. Thank you for all the good wishes and positive energy pouring in. And respect to all the women who go through the intense and gruesome experience of birth, be it vaginal or c section, so many of whom are not given credit or support for the biggest challenges they face, but are expected to do it out of some kind of duty. The process takes a huge toll both psychological and physical and should have the backing of an entire community to truly heal.”

Her note further read as “And a reminder to each and every human being of where we started, being formed from tiny molecules to conscious, beautiful beings. We are survivors of the biggest battle, the one for life and existence, and should treat ourselves and others with that love and respect. "Some say an army of horsemen or infantry, A fleet of ships is the fairest thing on the black earth, but I say It's what one loves." ~Sappho~ circa 600BC.” In an interview with Miss Malini, Kalki had revealed the first thing she did when she got to know about her pregnancy. She had said, “I went and immediately bought another pregnancy test, just to make sure. But it was a very happy reaction. I think the last few years have been a situation where, I know I have wanted children, but either the times wasn’t right or I wasn’t with the right person. Or whatever, there was something! So all those things seemed to have come in place this time. Even though it wasn’t planned as we were thinking maybe in a year or two. But I think that’s the best thing about it. Now we are just diving right into it without too much pre-planning." (Also Read: Arpita Khan Shares An Adorable Monochrome Picture To Wish Hubby, Aayush Sharma On Valentine's Day) 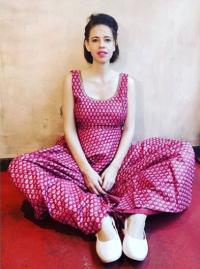 Isn’t Kalki’s little bundle of joy, Sappho, adorable? What do you think?