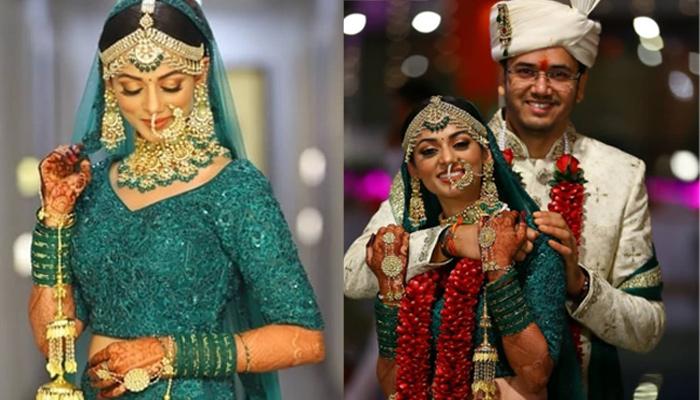 It is raining weddings in the bolly and telly land once again! We have hardly crossed two months into the New Year 2019 and we can bet that half of the residents of the telly town have already gotten married! Speaking specifically about telly hitches this year around, from Sheena Bajaj-Rohit Purohit, Palak Jain-Tapasvi Mehta, Abhishek Sharma-Apeksha Dandekar, Lovey Sasan- Koushik Krishnamurthy, Benaf Dadachandji-Norman Lou and now Chakravartin Ashoka Samrat actress, Kajol Srivastava and her longtime fiancé, Ankit Khare finally tied the knot on February 23, 2019, at the former’s hometown. (Do Read: 'Jamai Raja' Actress Nilu Kohli's Daughter, Sahiba Gets Married, TV Celebrities Grace The Wedding)

Indian weddings are more fun for its set of pre-wedding festivities. Bachelorette, mehendi, sangeet, haldi and cocktail, all these make for the most fun wedding rituals of Indian weddings and so was Kajol Srivastava’s mehendi ceremony. The newbie bride took to her Instagram and shared a slight glimpse of her fun-filled mehendi. Decked in an orange lehenga and a big smile on her face, Kajol had looked as one of the prettiest brides-in-the-making. The video that she has posted is captioned as, “Just a small glimpse of #Humsafar mehendi. Will definitely share the complete video.” This was coupled by a few hashtags which spoke a million about her feelings, “#mehendi #function #family #happiness #indianwedding #rituals #teaser #HumsafarWedding #happiness #blessed #thankful #grateful #thankyouuniverse #superstarkajolsrivastava.” Here it is:

And then came in a series of wedding pictures, wherein Kajol looked ethereal! Kajol broke the traditional ‘red bride’ stereotype and went in for a pine-coloured lehenga, which she teamed with matching jewellery. Hubby Ankit sported an off-white sherwani, but his ‘groom-dupatta’ was the same colour as that of his wife’s lehenga! Not just this, there was something else on Kajol’s attire that caught our fancy. The heart-shaped latkan that was tied to Kajol’s lehenga, had her and Ankit’s name written on it. How cool is that! Also checkout a few pictures from Kajol and Ankit’s wedding: 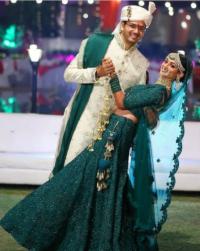 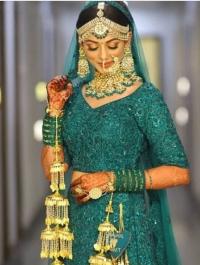 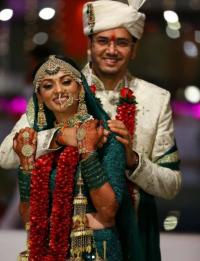 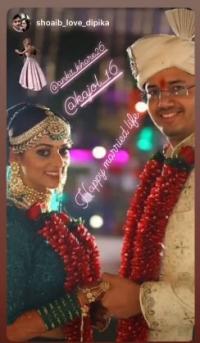 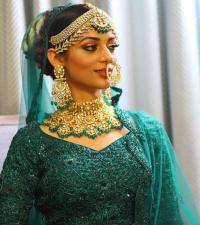 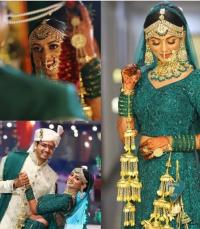 For the uninitiated, Kajol and Ankit had exchanged rings on November 24, 2018, at the former’s hometown in Uttar Pradesh in the presence of close friends and family members. Kajol looked ethereal, donning herself in a silver lehenga, with beautifully tied hair and her fiancé, Ankit, looked dapper in a blue suit. With a few pictures and videos that made people drool over them, was enough to help us gauge that theirs was an event of fun, frolic, dance and laughter. Checkout an image of the duo from their engagement: (Must Read: After Erica Fernandes, Parth Samthaan Spends 'Mama' Moments With His Adorable 1-Month-Old Niece) 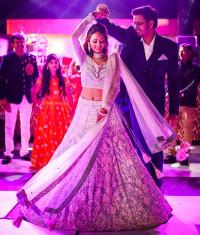 Kajol had gotten married on February 23, 2019 in Khajuraho, which is in Madhya Pradesh. As per reports, Kajol’s pre-wedding festivities began from February 21, 2019, which was kept for haldi and sangeet and a day later, February 22, 2019, a pool party was arranged. The couple will not host a wedding reception, because Ankit had to immediately fly back to America, the place where he works. In an interview with The Times of India, Kajol spoke about getting married in Khajuraho and stated, “It’s a beautiful place boasting of a rich history with famous temples. I have always loved the place and felt that it would be a great destination for me to get married.” 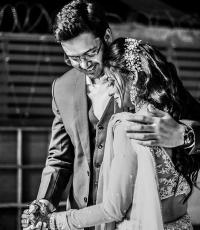 Also, don’t you all want to know how Kajol and Ankit met? The Karmphal Data Shani actress shared with the TOI, “My sister had asked me to help my jiju (brother-in-law) with shopping. I, along with my family, went to Pune 20 days before the wedding and that’s when I first met Ankit. I hated him initially, because he came across as arrogant. However, I soon realised that he was an introvert, who took his time to open up to people. He is a genuine and loyal person. We kept in touch after the wedding and became friends by November. What helped us bond over was our love for travelling and the fact that both of us are family-oriented. Soon, we realised that what we shared was more than just friendship. In the meanwhile, their families also felt that they are a perfect pair. The rest, as they say, is history.” 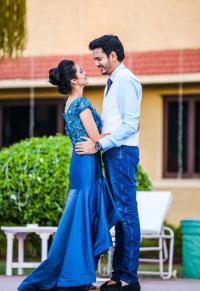 Kajol had also shared her excitement about finally being engaged in an interview and shared, “I am feeling really happy. I was not really sure about marriage initially because I wanted to get married after like five years as I was not prepared for it. But Ankit's confidence and his efforts made me realise that we can take this ahead. Otherwise, I was sure that I won't get married before 30 years and I think I have taken the right decision." Kajol also clarified that she will be pursuing her career as diligently as she did it before. (Don't Miss! Sargun Mehta Reveals Husband Ravi Dubey's Idea Of Romance, Shares A Funny Experience) 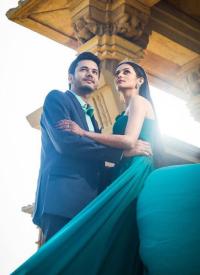 Guys, how did you like Kajol’s unique latkan? Keep us posted!