Kajal Aggarwal heads to her honeymoon destination with her husband, Gautam Kitclu. Taking to her IG stories, she shared glimpses of the same. Check out the pictures inside!

Kajal Aggarwal has been a sensation since a long time and her wedding festivities had warmed our hearts. With every look phenomenal, Kajal had made for a super chic bride. South Indian beauty, Kajal Aggarwal had gotten hitched to a businessman, Gautam Kitchlu on October 30, 2020. For the wedding, Kajal had donned a red Anamika Khanna lehenga with golden embroidery and had paired it with an onion-pink organza dupatta with the cut-work border, over her head. The handsome groom, Gautam, had looked dapper in a white bandhgala sherwani by Anita Dongre with an onion-pink doshala. (Also Read: Puja Banerjee Shares Adorable Pictures With Her Baby Boy As He Completes 4 Weeks) 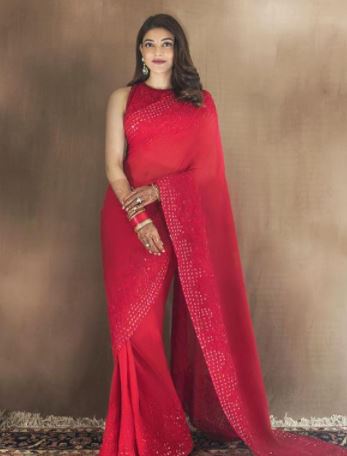 As for every couple, post-wedding and every rasam, the most important thing is to go on their honeymoon as it helps them bond better and de-stress themselves of the wedding bhaag-daudh. Kajal Aggarwal and Gautam Kitclu are also heading to their honeymoon destination. Taking to her IG stories, Kajal shared two pictures, one of their travel pouch and other of their passport cover. On both the pouch and cover the couple’s name was mentioned and they took twining to another level. While Kajal did not mention the destination of their location, we wonder amidst pandemic where the couple would be heading to. Take a look at Kajal’s stories below: 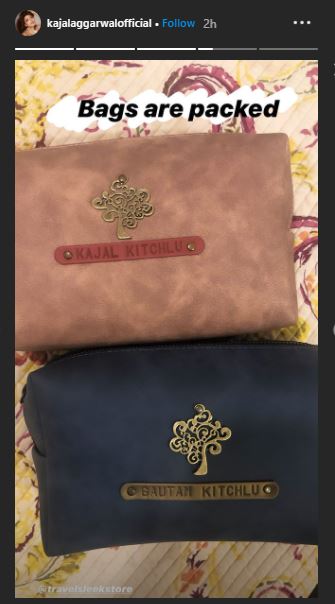 We have grown up watching every new bride waking up all dressed and pretty, however, the reality is different. No one looks perfect when they wake up, with messy hair and kajal being smeared around their eyes and swollen face. A few days back, Kajal’s hubby, Gautam had shared a realistic picture of his wifey on his IG handle showing how Kajal had woken up as ‘Mrs Kitchlu’. Sharing a picture of Kajal with messy hair and groggy face, Gautam had written, “Waking up as Mrs Kitchlu.” Well, that is what marriage is all about, accepting each other in every manner! 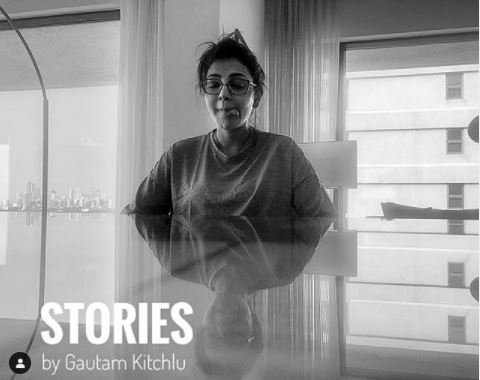 Kajal has been storming her fans with her wedding function looks every now and then and a few days back, she had shared pictures from her after-party. For her after-party, Kajal had donned a nude-toned, fish-cut lehenga by Falguni and Shane with heavy copper work and had paired it with a stylish full-sleeved blouse. She had kept her makeup to a bare minimum, donning a golden choker and red bangles, which had undoubtedly, stolen the show for us. Her long, silky tresses had perfectly complemented her look. Kajal Aggarwal's main man, Gautam Kitchlu had looked all shades dapper in an all-black ensemble. (Don't Miss: Gauahar Khan's Future Mom-In-Law, Farzana Welcomes Her In The Family With Super Cute Note) 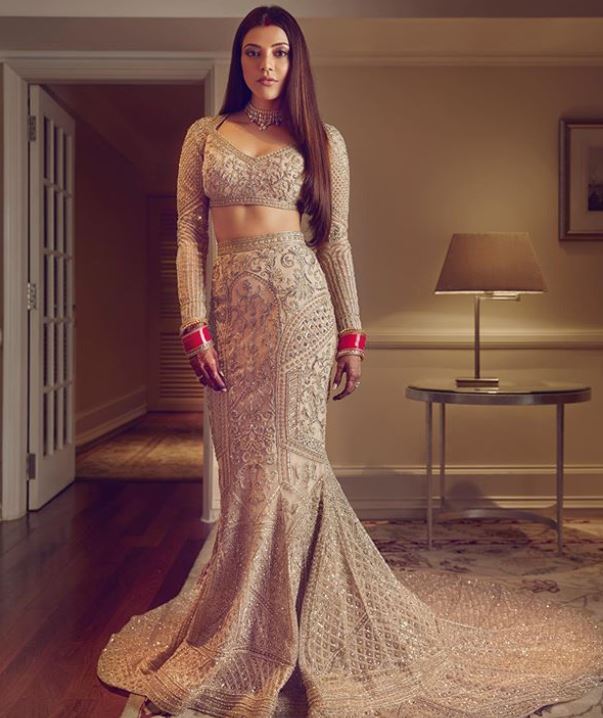 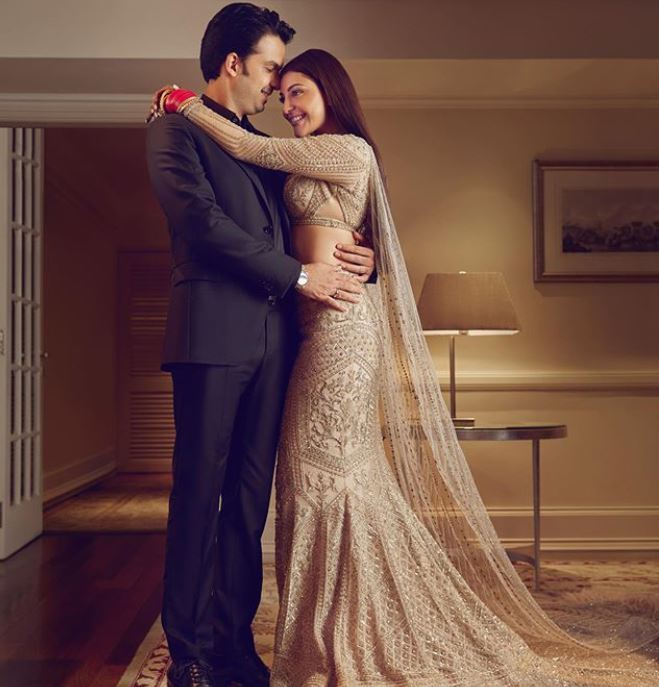 In a conversation with Vogue India, Kajal Aggarwal had opened up about her love story with hubby, Gautam Kitchlu. Sharing how they had gotten to know each other through mutual friends, Kajal had said, “Gautam and I dated for about three years, and then we were friends for seven. We have progressed in every stage of being friends and been very important in each other’s lives.” Further, she had shared how the lockdown had made them realise that they want to live together forever. Kajal had added, “We were used to meeting all the time. Whether it was a social party or an important professional endeavour, the other one would always show up. So, amidst the lockdown, when we didn’t see each other for a few weeks—at best, we would catch a glimpse behind a mask at a grocery store—we realised that we wanted to be together.” (Recommended Read: Hardik Pandya Is Missing His Playtime With His Baby Boy, Agastya, Shares A Glimpse Of It) We cannot wait to get more glimpses of Kajal and Gautam’s honeymoon! 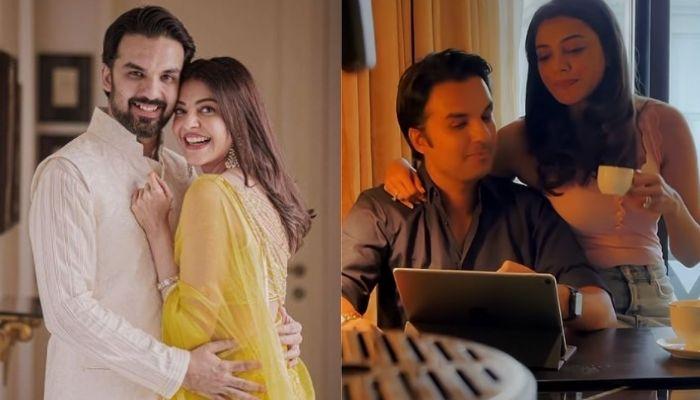 Every girl growing up dreams of having a house of her own! She plans to have the infrastructure, interior, curtains and everything of her choice. While for some it is just a dream, there are some, who make their dream come true. And South sensation, Kajal Aggarwal is one of