K.G.F. star, Yash and his wife, Radhika Pandit had welcomed a new family member into their lives on October 30, 2019. On January 1, 2020, Radhika shared the first glimpse of their newborn. 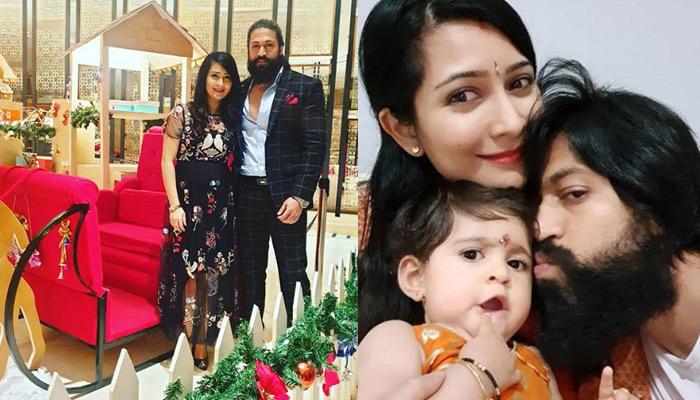 A parent's love for their kids is incomparable, they go extra miles to protect their little munchkin. And no matter how far their kids go, they will always be close to their parents' hearts. The warmth of a mother’s hug, a father’s nurture and care for his little ones will always bring the kids back to their home and close to their parents. No differences and arguments can build a gap between a parent and their kids. Such is the warm bond between kids and parents, which is amicable and beyond expressible. (Recommended Read: Aayush Sharma Gives A Grand Welcome To Wife, Arpita Khan Sharma And New-Born Daughter, Ayat)

The new year always brings new hopes, new imaginations and new you. You wish to start something new and great on the very first day of the new year, you make resolutions and promises to yourself that you will be happy and cheerful. We eagerly wait for the celebs to share their new year plans and resolutions with us. The first day of the new year was all about good wishes and new beginnings and K.G.F. star, Yash and his wife, Radhika Pandit made our day by sharing the most awaited family picture with their fans and followers. 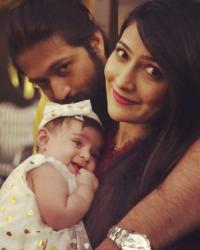 Yash and Radhika Pandit had welcomed their little wonder boy on October 30, 2019. And ever since they have welcomed him in their lives, we have been waiting for them to share the complete family picture with all of us. And on January 1, 2020, Radhika fulfilled our secret prayer and shared a complete family picture, in which she is seen holding her newborn baby boy in her arms and their little angel, Ayra is seen enjoying her time in her daddy’s arms. We couldn’t stop drooling over the family picture and Radhika captioned it as “Wishing u all a very HAPPY NEW YEAR 2020 from our family to yours!! Have a fabulous year ahead!!” 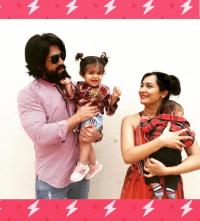 Yash also wished his fans and followers on new year by sharing an adorable picture with his lovely daughter, Ayra. Yash captioned the picture as “Best way to start the year is to look at life like a child - with lil excitement, lil joy and lots of innocence. Wishing you all a Very Happy New Year!” (Suggested Read: Hardik Pandya Gets Engaged To Natasa Stankovic On A Cruise, Shares Pictures Of New Beginnings) 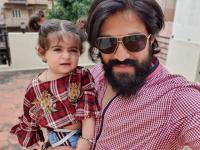 On November 4, 2019, Radhika Pandit had taken to her Instagram and had shared the news of the arrival of her baby boy. Radhika had posted a family picture, where she could be seen flaunting her baby bump and carrying little, Ayra in her arms and was accompanied by hubby, Yash. She had captioned the image as “Our family has been extended by two feet in blue. Thank you all for your love and wishes! #radhikapandit #nimmaRP.” 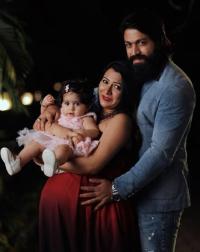 K.G.F star, Yash and his wife, Radhika Pandit had started as friends and eventually fell in love with each other. The duo had tied the knot in the year 2016 and were blessed with a lovely angel, whom they have lovingly named ‘Ayra’ on December 2, 2018. On October 30, 2019, Yash and Radhika’s family picture had gotten completed as they were blessed with a baby boy.  On the occasion of Children’s Day, Radhika had taken to her Instagram handle and had shared a picture of her 'first two' kids. In the picture, we could see Yash playing with their daughter, Ayra. She had captioned the pictures as “Happy children's day to all. Featuring in the pic are my first two kids!! #radhikapandit #nimmRP.”

In an interview with The Times of India, Radhika Pandit had talked about embracing motherhood for the second time and also revealed that the family is all set to welcome the new member. She had stated, “This time around, it has been a more familiar feeling. I have been there and done that, so I know the symptoms and what to expect after my first time. I found it easier as I knew what to expect and there was Ayra (her firstborn) to keep me distracted too. I'm all ready for round two. We've got the changing table, crib and lots of clothes already. We've already seen it all during Ayra's birth. Though, I can imagine how my home is going to be filled with diapers for the next few years. And, of course, I am also going to have to get used to being awake longer." 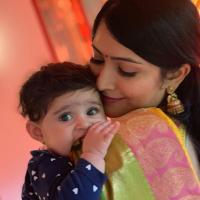 Earlier, in another interaction with The Times of India, Radhika had talked about her decision of not keeping a nanny for her little daughter and had said, "I was very clear that I’m not going to have a nanny to look after my baby. I am happy to say that I’m a hands-on mother. Some nights, she just refuses to sleep and I find it hard to stay awake. But then she gives me a naughty smile and there couldn’t be anything more adorable than that." (Must Read: Malaika Arora Shares A Kissing Picture With Arjun Kapoor As She Welcomes 2020) 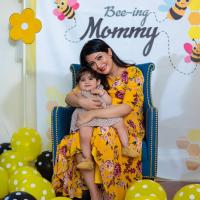 We can’t wait to see the complete picture of Yash and Radhika’s newborn baby boy!